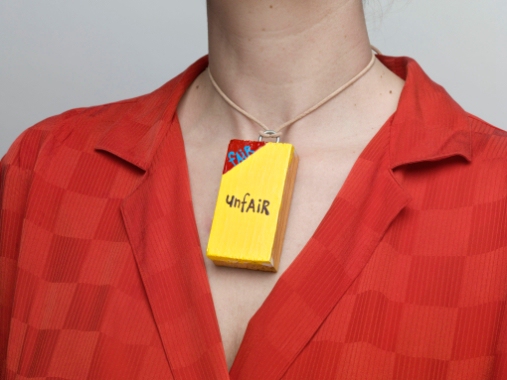 Artist, Cary Leibowitz made the cigarette-pack sized choker above in 1993. He’s also made larger paintings with a similar Fair/Unfair motif.

The triangular banner shape, when inserted into an otherwise complete package layout is what we call a “violator.” Like you might see on a cereal box, for example. Usually a “violator” contains some compelling ad copy. (e.g.: “New!”) In this case, Leibowitz turned it into a prescient infographic contrasting the small “fair” area of the violator with the rest of the “unfair” package.

If Leibowitz’s Fair/Unfair chart were reapportioned according to today’s 1%—99% income dichotomy, it might look more like this… 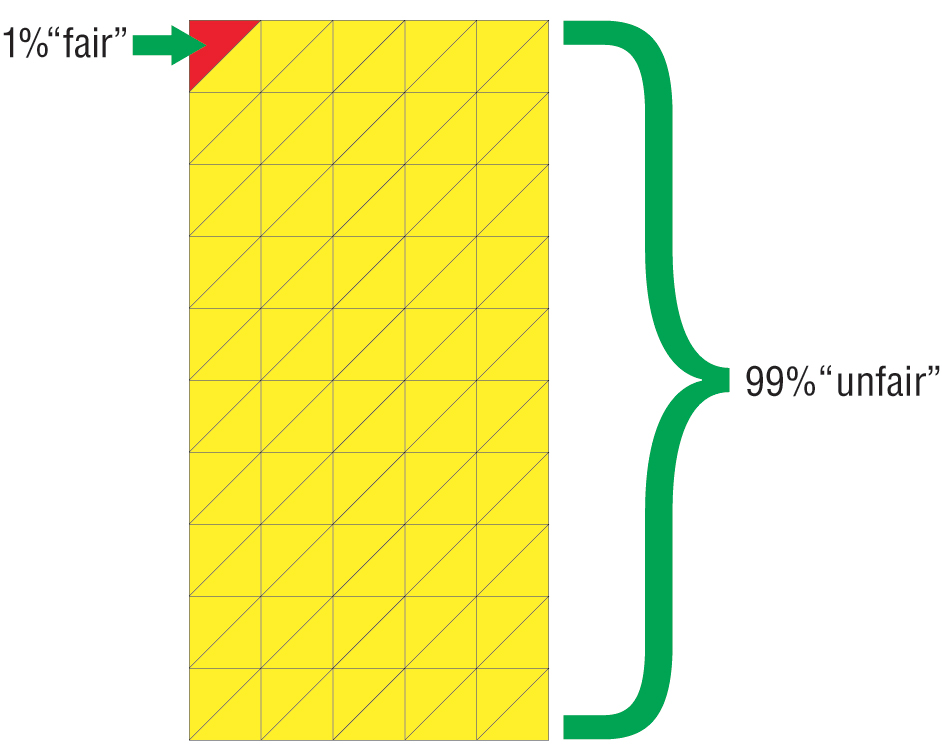 Of course, “fair” is a fairly subjective term. When things are going well for us, it’s nice to think that the credit is all ours. If you become a billionaire, I suppose your faith in meritocracy must increase exponentially. “The politics of envy” = “You’re just jealous.”

Still, I’ve yet to hear any persuasive explanation from Republicans for why income distribution should have changed so much over the past 30 years. Have the majority of Americans simply become stupider, lazier and less deserving?