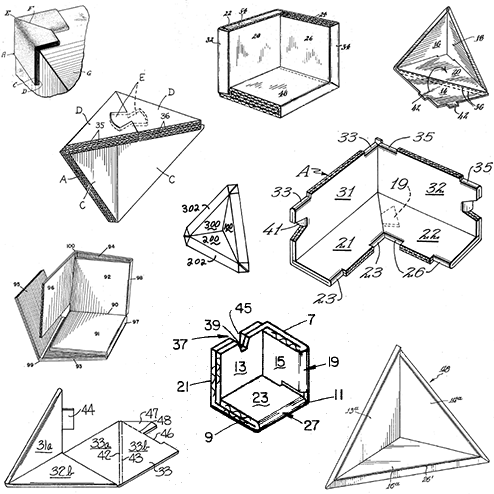 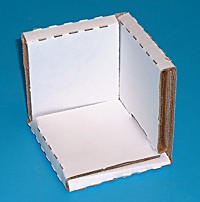 Also related to yesterday’s post (about Tom Friedman’s untitled “box corners” sculpture) are the folded cardboard “corner pads” used to protect the corners of boxes or furniture during shipment. (The “corrugated corner pad” on right is from Omnipak’s website)

Above are 10 different patented designs for cardboard corner pads, dating from 1942 to 1994.

There are other patented box corners that are not include here. I thought 10 was just a nice round number for right angle box corners.  (“Top 10 Box Corners”)  But I could just as easily have gone with 9.  (“Nine 90° Box Corners”) 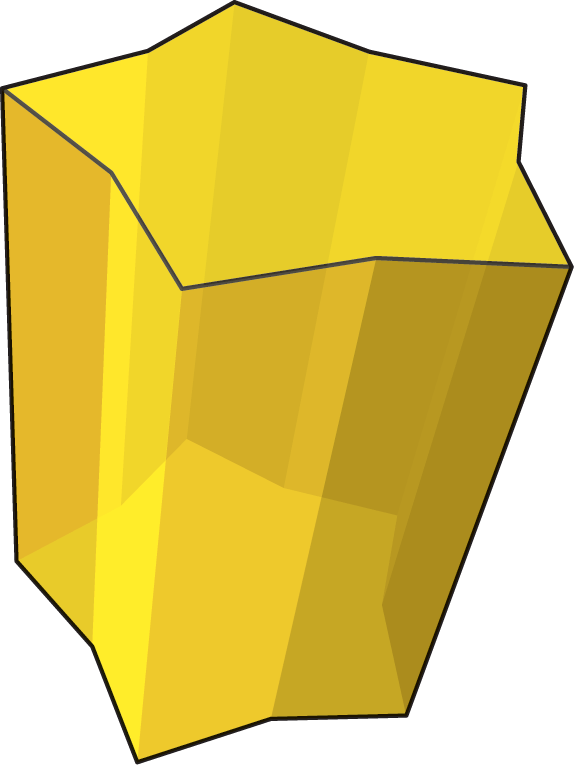 As long as we’re looking at ten different corner pads, I wondered what kind of box might require all ten. In other words: what polyhedron has 10 right-angle corners?

The one that I came up with, is this pentagrammic prism, based on a star with 90° angle points. Kinda looks like something from Powerpuff Girls, but each of the ten (convex) corners have the same 90° angles as a regular, rectangular box.  We’re not concerned with the concave angles in this thought experiment, because those concave corners are less vulnerable and shouldn’t require protection.

Are there any other 10 corner boxes that would work here? Anyone?

(Die lines diagrams of each of the 10 box corners follow, after the fold…)