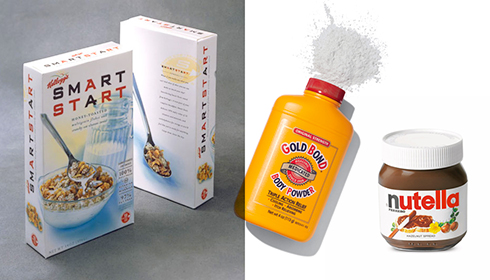 Usually in the design of a product trademark, if the typography is given more than one color, it’s to help the consumer differentiate between different words or at least between meaningfully distinct syllables. (as in: FedEx)

Sometimes, however, a brand will divide its name into sections of separately colored letters. If these differences in color do not enhance the meaning, they may instead interfere with the legibility of the brand name. 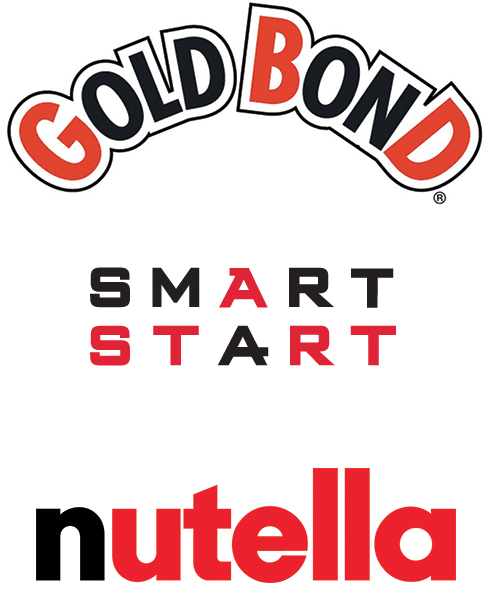 Seeing a word in which some of the letters are a different color raises questions. You are no longer able to quickly absorb the message in one gulp. You must now parse each letter and its color for some additional meaning.

For a long time I thought there might be a graphic-design micro-trend in arbitrarily colored typography. (And apparently I’m not entirely alone in thinking this)

With the Gold Bond logo, it always seemed whimsical to me which letters they made red. Yes, the capital letters of each word, but also the last letter of the second word. One discussion of this logo online suggests that it was an attempt to make things roughly symmetrical, which is probably correct.

With Smart Start cereal’s logo, the puzzle to be solved is a little different. Playing with the similarity of the two rhyming words, “SMART” is mostly black and “START” is mostly red, but for two of the letters they’ve switched colors. It might have been logical if they had switched the colors of the two letters that are different in the two words —the second letter of each word: “M” and “T”— but symmetry has again won out and they instead switched the colors of the two central “A”s. (See also: our entire week of Self-Rhyming Brand Names)

With Nutella it’s obviously an initial cap thing—something that they also do with the related Kinder Chocolate brand. Probably consumers are not so puzzled in this case. Still one must weigh the benefit of this kind of decorative differentiation against the possibility that a consumer might waste time pondering the meaning of “utella.” (See also: Don Pepino)

(More examples, after the fold…)

In an effort to make sense of such encoded, 2-color messages, consumers have various points of reference to choose from… 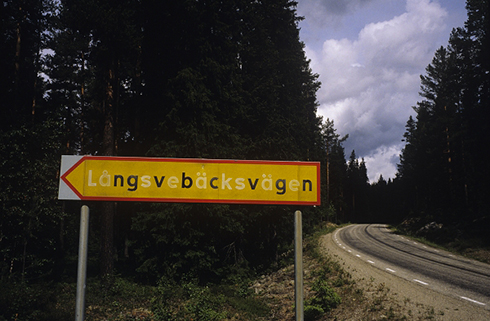 The photo above by Mikael Andersson shows a road sign in Sweden for “Lângsvebäcksvägen”—a place that Google seems to be unable to translate for me— “A direction sign, some letters are black and others — yellow.”

I’m guessing that the letters were all black to start with, but some fell off over time. 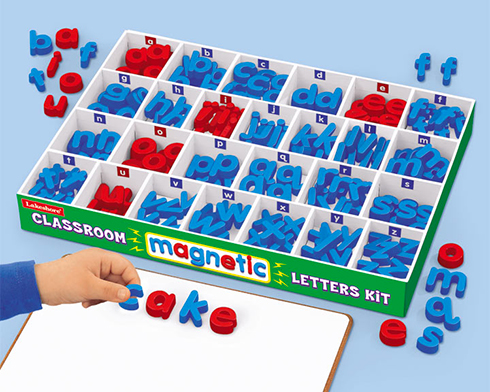 2. In some cases, letters are color-coded according to whether they are consonants or vowels. (as in the “magnetic” logo above) 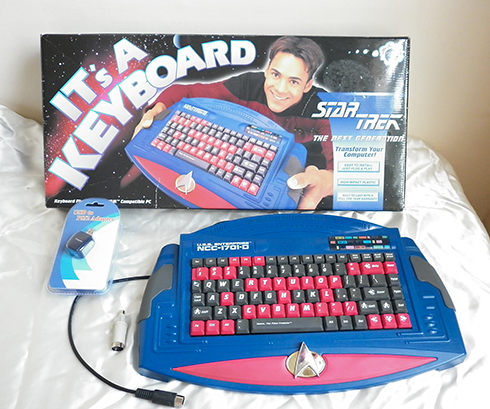 3. Some 2-color encoded brand messages might have originated from Brainwork’s 1995 Star Trek keyboard—if the red & black colors of the keys serve any typographic function. (note the “declarative branding” on the box) 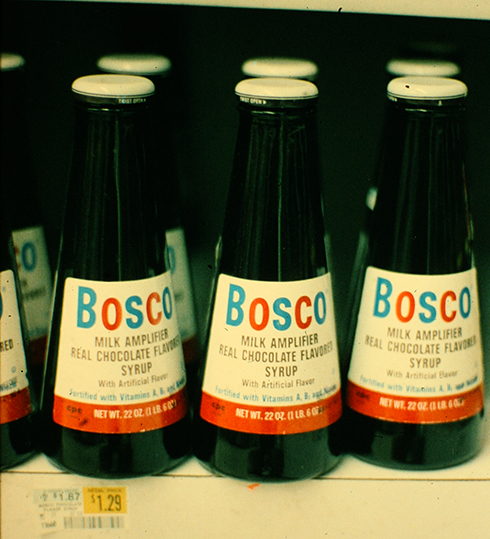 4. It doesn’t mean anything. It’s just supposed to look fun.

Bosco’s early branding for its chocolate syrup (photo above from BaubCat’s Flickr Photostream) established an alternating letter color pattern for its logo that is still in use today.

The idea of alternating between two letter colors, is a decorative motif and less potentially confusing than when just a few letters are made another color. A simpler version of the Multicolored Logotype idea—early examples from the 50s and 60s reflect an effort to make the product look fun and colorful, while limiting the number of ink colors needed in a press run of labels. 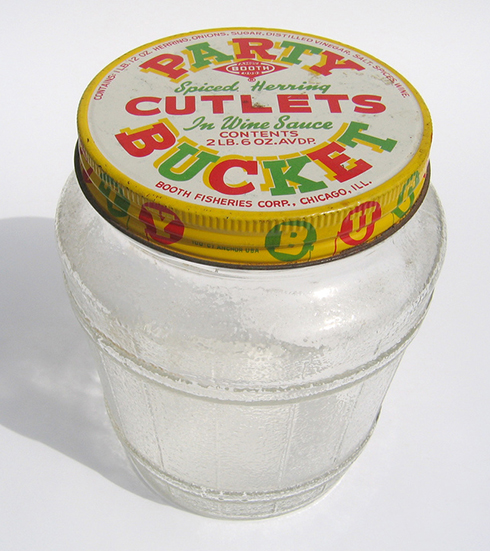 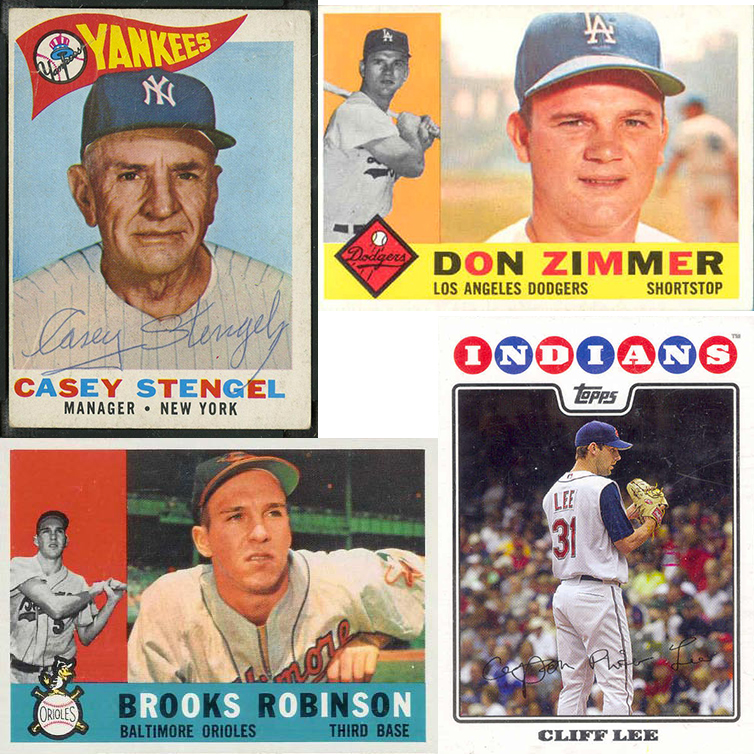 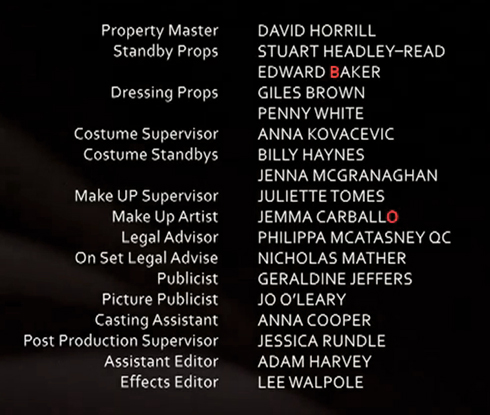 5. Sometimes, however, the apparently arbitrary coloring of random letters really does contain a secret message.

Consider the closing credits for the PBS television show, Masterpiece Mystery, shown above.

In this case, if you watch all the closing credits closely, those red letters contain some additional meaning for viewers to decode…

“I’ve only just realized that the folks at PBS make some of the letters one sees on the end credits red. Then, you put the red letters together, and it spells a word. Clever!”

Addendum: One recent defection from the 2-color typographic brand-name club?

Gold Bond has recently changed their logo’s color scheme. Now “Gold” is all black and “Bond” is all red. 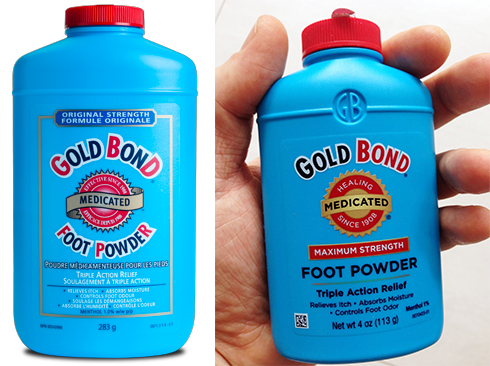 As much as I question the wisdom of designing a logo with too many distracting elements, I do feel that Gold Bond had some brand equity invested in their quirky typographic color scheme… which may have been lost.

Or am I just being reactive and crowd-critical?