Two similar dynamic logos. Both with changing black shapes behind white type. Both for architecture firms.

Details about each, after the fold… 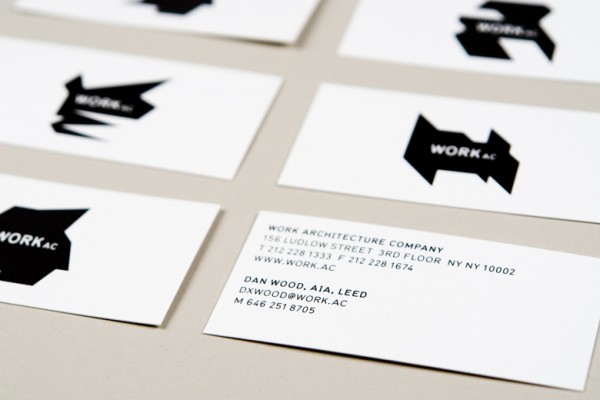 1. The “randomly-morphing logo” for WORKac (WORK Architecture Company) was designed in 2007 by ProjectProject.

A grid of nodes is continuously used in different forms, shaping a black filled outline with the company name: WORKac.

While the logo on the WORKac website is a flash file, it is also a piece of software following a set of encoded instructions. Certain shapes seem to reappear, but we’ll trust them when they say it’s random. Let’s assume that a random variable controls the sequence in which the shapes appear. Personally, I might have preferred it if they had included a rule in the code to prevent self-intersecting shapes. Still, the pleasingly slow pace of the changes give the logo a life-like aspect.

On the other hand, this logo is part of larger group of experimental brands logos that challenge the rigidity of traditional corporate identity manuals. While the white knock-out type and black logo remain constant, the symbol is variable. (For an early example, see: the 1980 Nickelodeon logo)

Thus, the business cards below can maintain a consistent graphic identity even though the shapes are different. The shapes below are somewhat “curated” in that they selected 12 of their favorites for use in their printed materials. 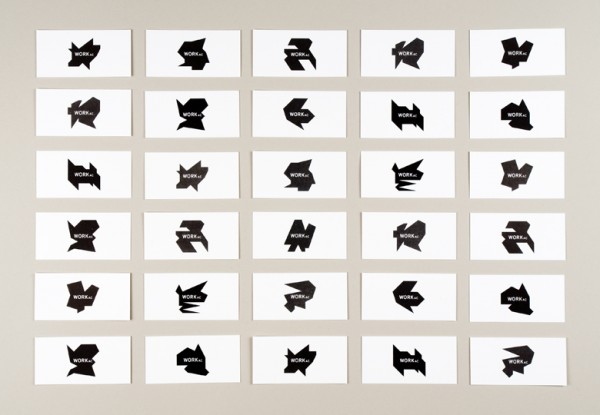 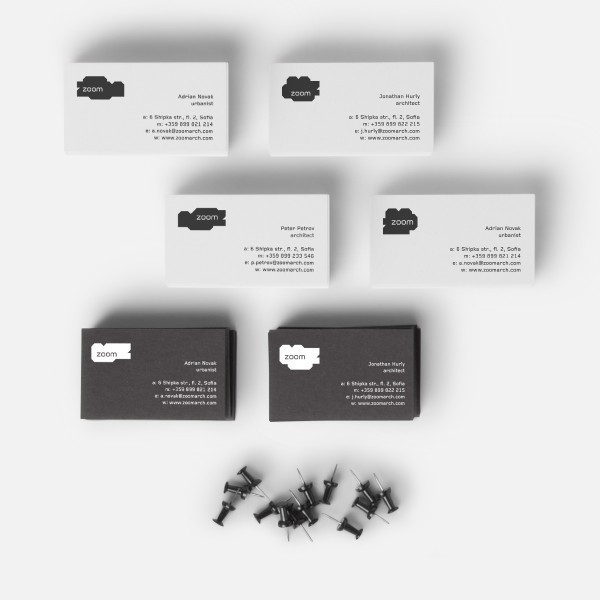 2. The second  “dynamic logo” for an architect is by Bulgaria-based designer, Dimiter Petrov.*

His logo was ostensibly designed for “Zoom Architects” while working at Amity Studio, although I can find no evidence that his design was ever actually in use.

As with WORKac, the business cards proposed for Zoom Architects use logos with variable shapes.

Petrov’s design is more traditional in the sense that the shapes here are based on letter forms rather than on a randomized grid system. The sequence of black typographic shapes is also reminiscent of a TV station identification spot. 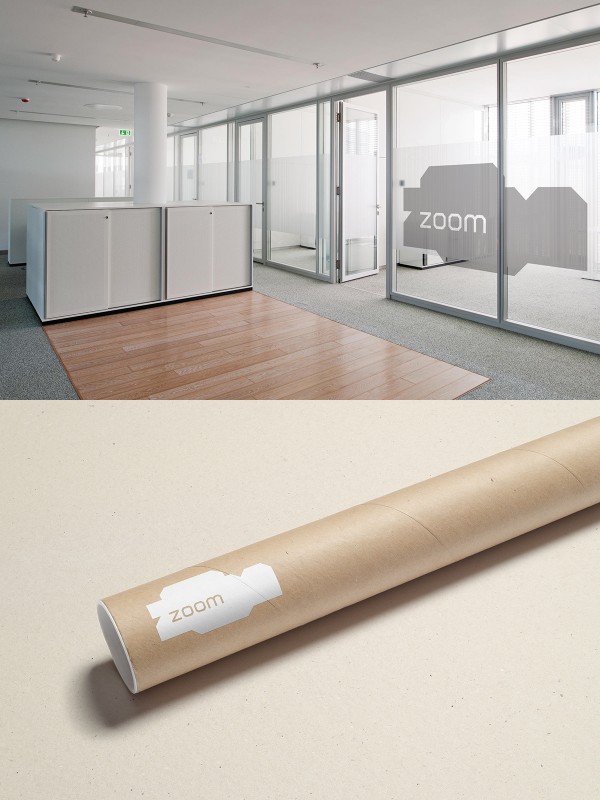 *One disquieting note: Petrov stands accused of having swiped the DP logo he uses on his website from the Portuguese design firm of D+P (Danny Phelps).

I really like the way you used my logo! [sarcastic] I don’t know if i get happy because you see my work and liked it so much that you make it your own, or if i get sad, because people that sell creativity aren’t creative at all! If you want a logo we can make one for you, please don’t use mine!