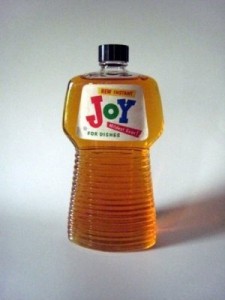 In addition to Tuesday’s patents for toothpaste tubes and other patented package designs by Donald Deskey, I recently found design patents for the bottles above.

Similar to the detective work that the bottles from Dead Horse Bay presented, finding a patent for a package design and then finding a photo of the actual retail package can be a difficult job. But somebody’s got to do it.

(More Joy, after the fold…) 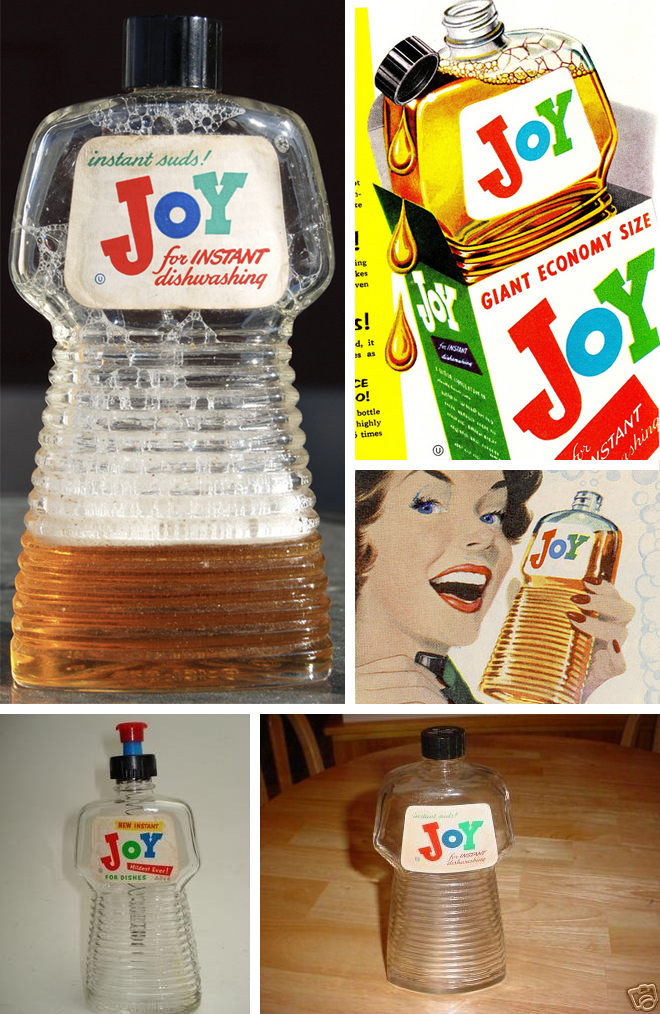 The top left photo is from Roadside Picture’s Flickr Photostream; on right is an illustration from an ad showing that these bottle came in a Deskey-designed box. Ironic, since below that, the illustration of the woman holding the Joy bottle is from an ad whose headline is “Joy in a Bottle Beats Anything in a Box.” The photos in the bottom row are both from long past eBay auctions —(Notice a similar multi-color typography in the Joy and eBay logos?) The left ebay photo is of a bottle with the “Whirling Ball” dispenser—probably also a patented package design feature, but I don’t have time to look into that now.

Below a double Deskey box promoting the “Whirling Ball” dispenser… 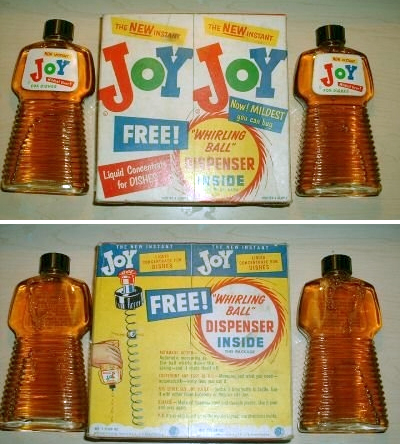