1. Jessica Comin’s “laranja mecánica” chocolate package (based on Anthony Burgess’s A Clockwork Orange) starts out as a rhombic-dodecahedron which can be turned inside out to form a cube. Although the book and the movie made “ultraviolence” a household word, Comin’s packaging concept is violent only to the extent that one empathizes with a box being turned inside out. (via) 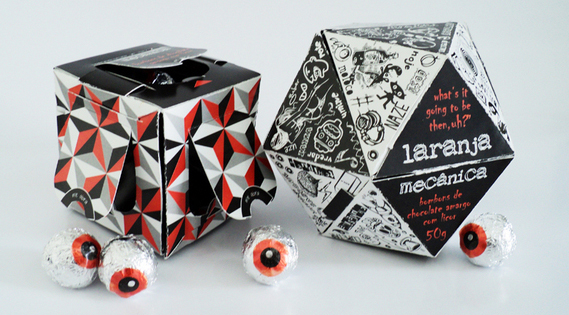 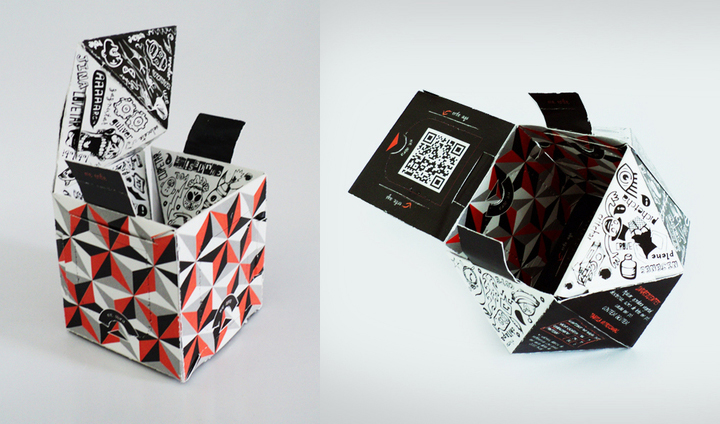 Like our own interactive Gumball cube-pack, “laranja mecánica” is a novel candy package holding a minimal amount of candy. I figure, only 6 chocolate eyeballs, assuming that one goes into each of the 6 pyramid shaped compartments below. 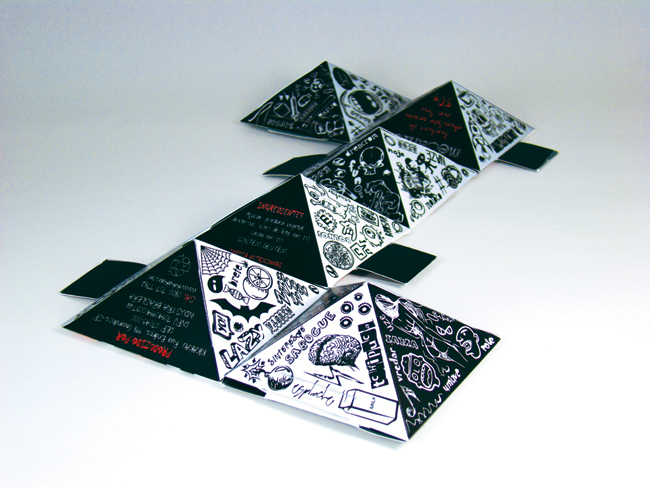 A similar polyhedral model was constructed by W. W. Ross in the late 1800s. His “Exploded Cube” (below) is part of The University of Arizona’s collection of his dissected wooden polyhedrons.

2. Terry’s Chocolate Oranges (below) also involve polyhedral dissection, but, in Terry’s case, it’s a sphere of chocolate that gets dissected along longitudinal lines. 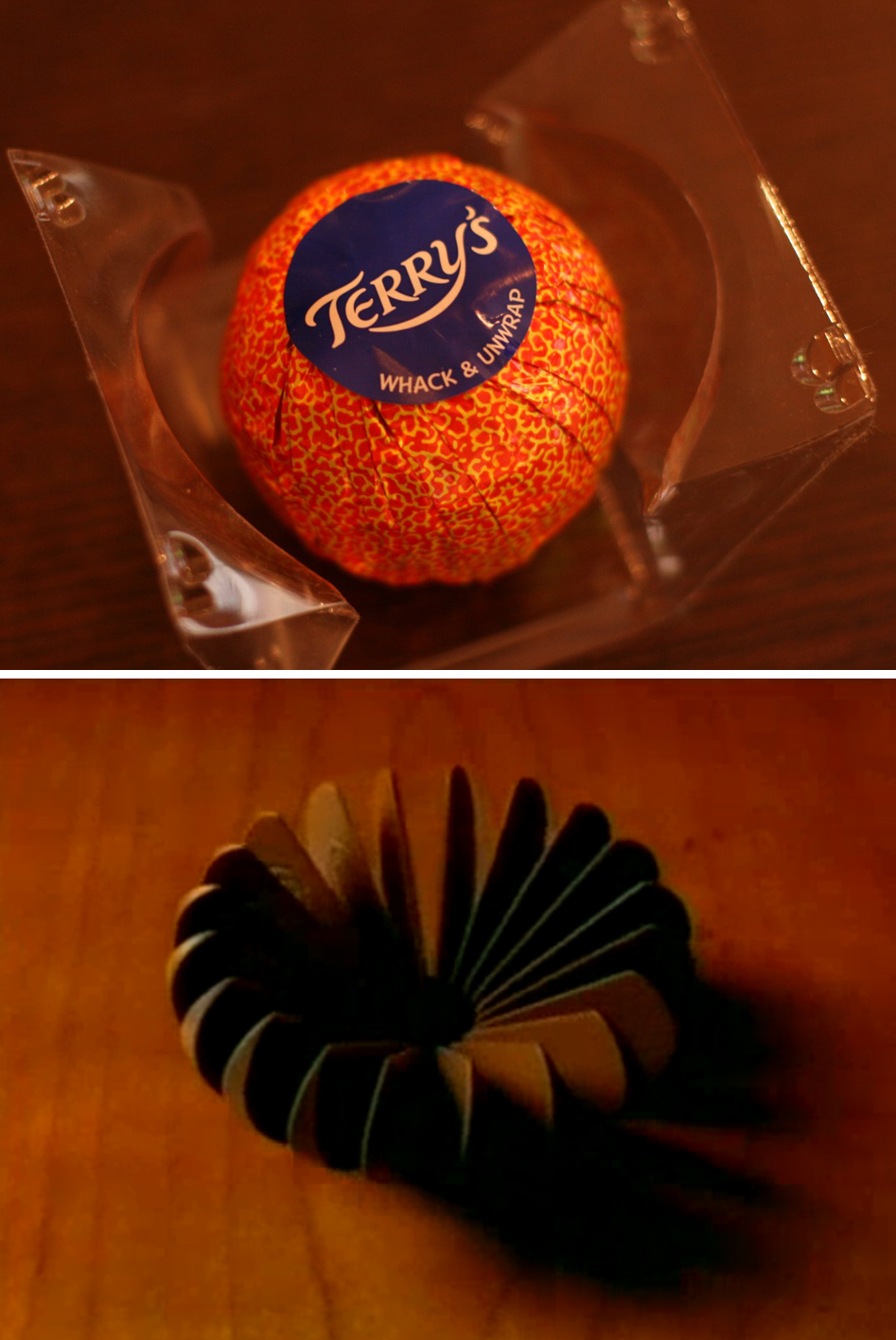 As for the violence, it’s implicit in the “whack & unwrap” instructions. Many of their television commercials have fun with exaggerating the violence required to open the package. Interesting to note that, in the photo above, the foil-wrapped chocolate orange, was, itself, packaged in a clamshell—the very thing that “wrap rage” was named for.

(The “violent” Whack & Unwrap campaign, after the fold…)