I first noticed stand-up pouches shaped like old-fashioned canning jars in 2014. Then recently Chris Rooney tipped us off about some “snack size” produce being sold in mason jar stand-up pouches. This led me to check into it further. It turns out that, 4 years later, there are now some additional brands also doing the “jar bag” thing.

(More about each of the 3 examples, after the fold…) 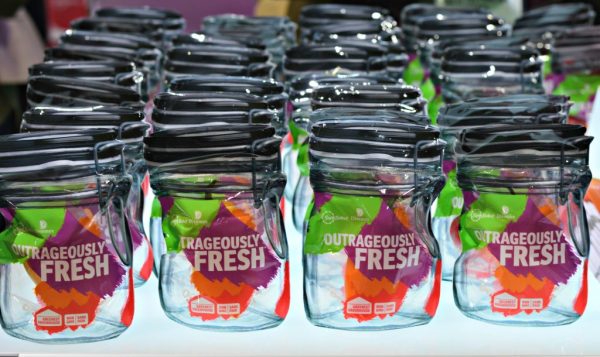 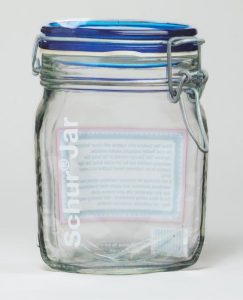 The “Schur Jar Bag” was discovered by members of the Krahn family, owners of SunSelect, at Fruit Logistica last year.

“We felt the design would be a great fit for snacking items, and a differentiator on the shelf,” Krahn said. “It’s more stable than other packaging options within clamshells and cello bags, and plays on the popularity of home canning and use of mason jars in decorative and useful ways around the house.”

Photographs of these faux jar bags can be a little problematic. The illusion can be too convincing if the photo is frontal and the bag is too straight. It just looks like a regular mason jar. 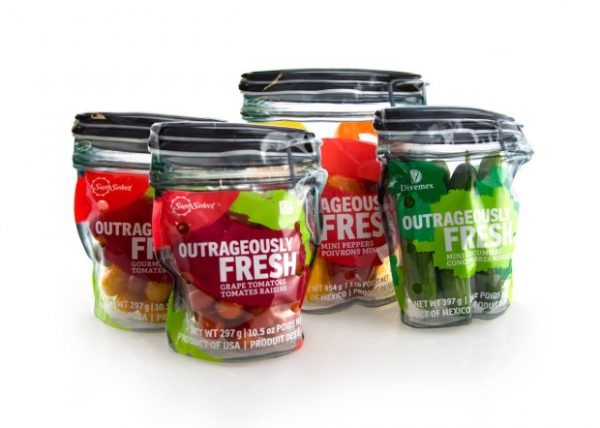 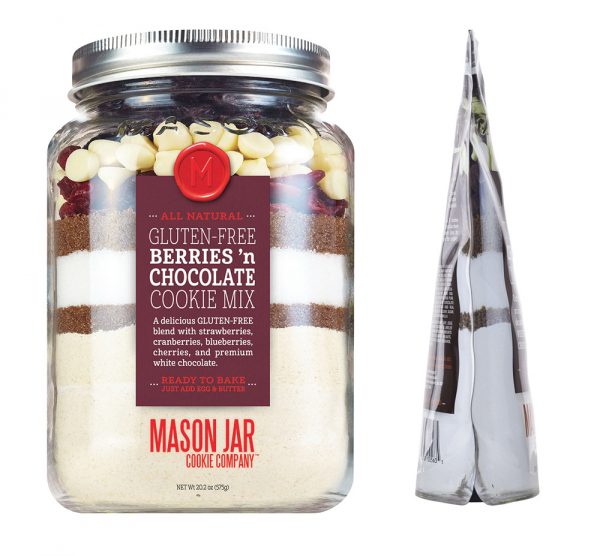 The idea of “mason jar packaging” is baked right into The Mason Jar Cookie Company‘s brand. They first sold their cookie mixes in mason jars with the ingredients layered like sand art.

I’m guessing that their “flexible mason jar shaped pouch” came later. Why would they need such a thing?

Well, mason jars are pretty heavy. Flexible pouches, on the other hand, make a lighter, less fragile package. Naturally, the company needed an alternative. But they also needed this alternative package to resemble their original mason jar packaging.

It looks like they photographed the actual mason jars for the artwork of the pouches. That makes total sense. In person, their faux mason jar packs are probably instantly comprehensible. On their website, however… not so much. Here, they run into the same problem I mentioned earlier—that sometimes the illusion can be too good.

In the photo above from their website, they opted to use the perfect (undistorted) artwork for the front view of their pouch. Reproducing that same photo of a mason jar on their website and calling it a pouch, however, is confusing. They do include a “side view” of the actual printed pouch. That helps, but it also makes it pretty obvious that the “front view” of the pouch is not really a photo of the pouch at all. 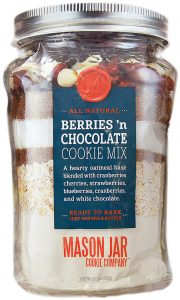 For this reason I prefer the photos that I’ve found elsewhere online that better highlight the flexibility of their mason jar shaped pouches. (like the photo on the right) 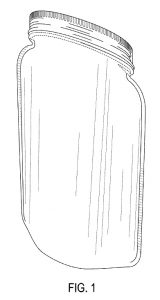 The company has also registered a design patent for their “SoftJar” pouch.

We knew that Le Grand had registered a trademark for their packaging, but apparent not a patent. 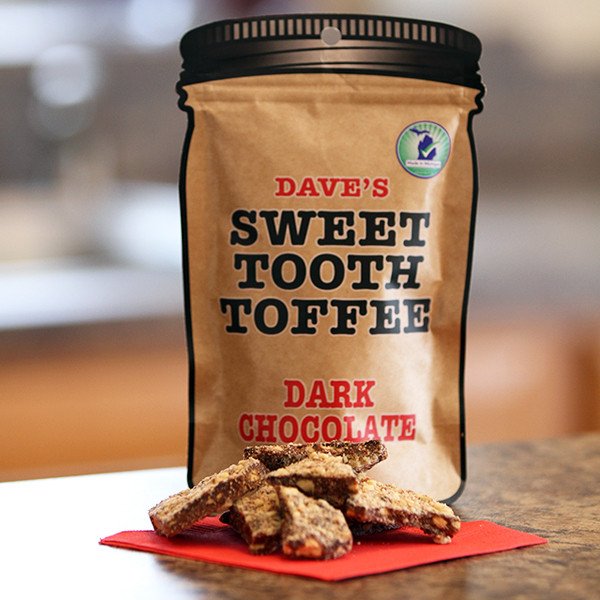 With a few homemade labels and some Ball mason jars, Dave began to sell his confectionary creation. What had started as a hobby quickly became more like a full-time job. Dave’s son, Andrew, had always loved his dad’s cooking, and when he saw the demand that his father’s toffee was creating… In early 2011, inspired by his father’s recipe and eager to put his passion for business to work, Andrew decided to create a business that would allow people across the country to taste the decadent treat…not to mention, free up space in his mother’s kitchen. Dave’s Sweet Tooth was born. 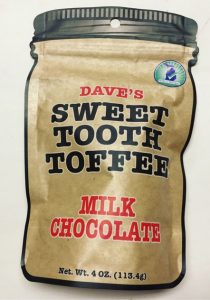 As with The Mason Jar Cookie Company, the original mason jar packaging is baked into the Dave’s Sweet Tooth brand. 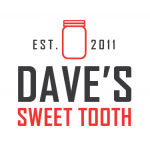 There’s even a mason jar in the logo appearing on their website, although their branding is not very consistent in this regard. (Their packaging seems to use an entirely different logo.)

The pouches were recently redesigned. Their earlier pouches were stock Kraft paper stand up pouches with an illustration of a mason jar printed in the center.

Their jar-shaped pouches are relatively new. What I like best about them is the thick outline around the outer edge. This neatly sidesteps the whole problem of the faux mason jar effect being too good for its own good. The heavy outline reminds me of Wacky Packs and emphasizes the relative flatness of the pouch. No one seeing a photo of their pouch online would mistake it for one of their glass mason jars.