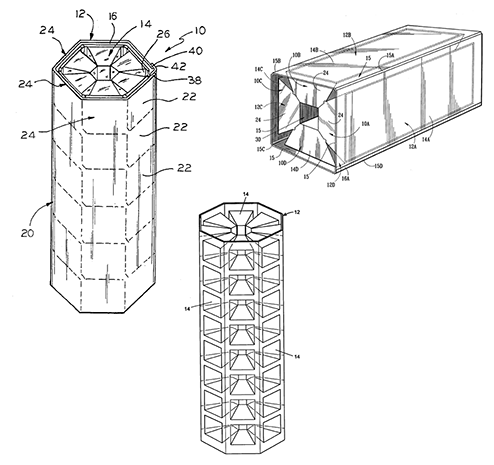 Following the thread (or the chain of polyhedrons) of our last post, today we have patents for three, very similar, multiple packages or multi-packs with trapezoidal portions.

Their structural similarity, however, goes beyond the separable trapezoidal containers. Each is also designed to be rolled up into a polyhedral prism.

While these designs make ingenious use of space by “close-packing” their individual compartments, they also turn the backing(s) into an exterior package, which has the effect of concealing the product.

I wonder: is this concealment a feature or an unintended consequence?

(Details about each of them follow, after the fold…) 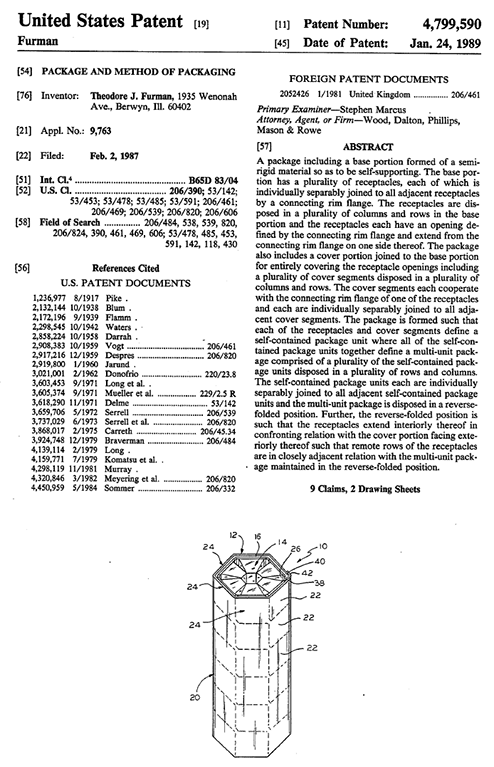 1. Thordore J. Furman’s patent for a “Package and Method of Packaging” was filed in 1987. 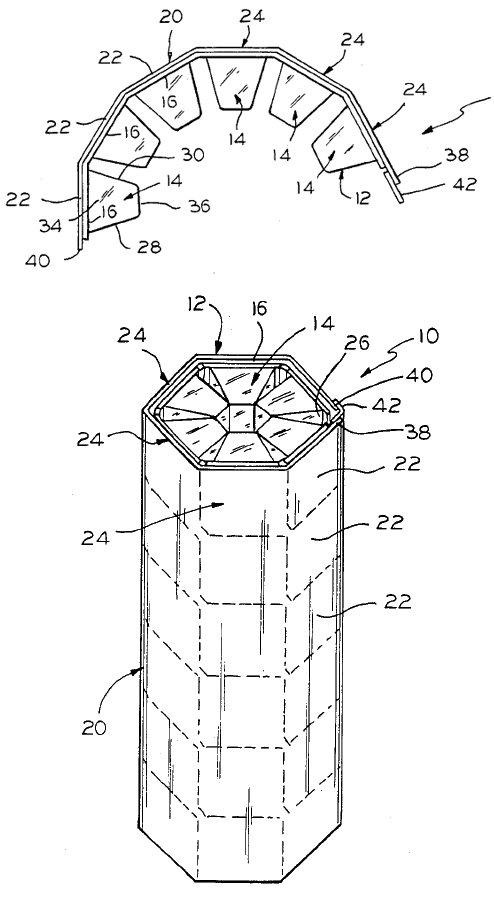 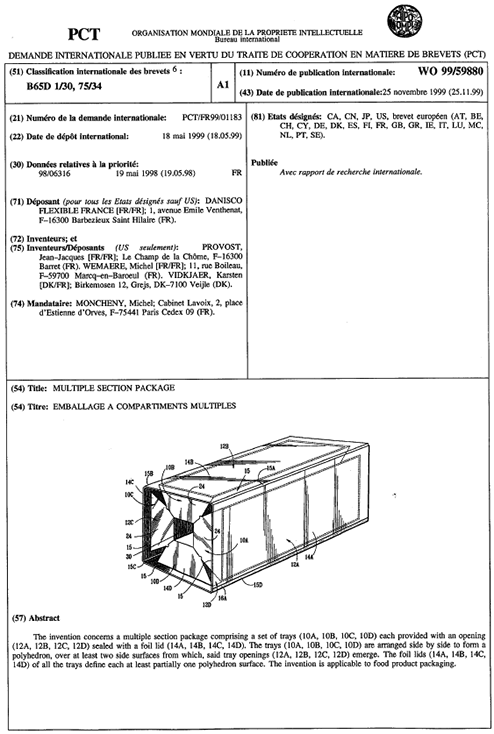 2. The patent filed in 1998 for a “Mulitple Section Package” was assigned to Danisco Flexible France. Here, the drawings show an arrangement of 4 rows of containers which form a square prism shaped mulit-pack. In this design the individual trapezoidal containers also include a ridge & groove locking feature.

“The invention concerns a multiple section package comprising a set of trays, each provided with an opening, sealed with a foil lid. The trays are arranged side by side to form a polyhedron, over at least two side surfaces from which, said tray openings emerge. The foil lids of all the trays define each at least partially one polyhedron surface. The invention is applicable to food product packaging.” 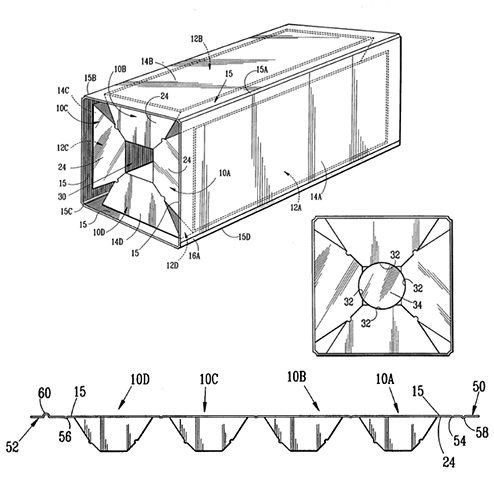 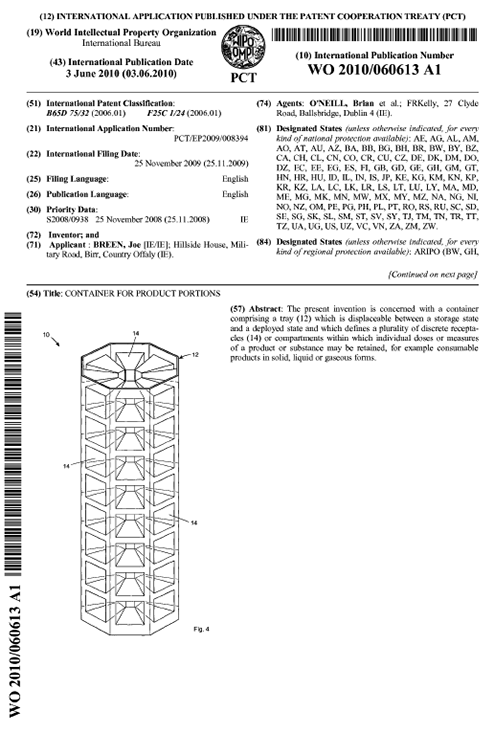 3. Joe Breen’s patent, “Container for Product Portions” was filed in 2009. Here there are 8 rows of containers, making the rolled up container an octagonal prism, although the shape is described as “substantially cylindrical” in Breen’s patent. 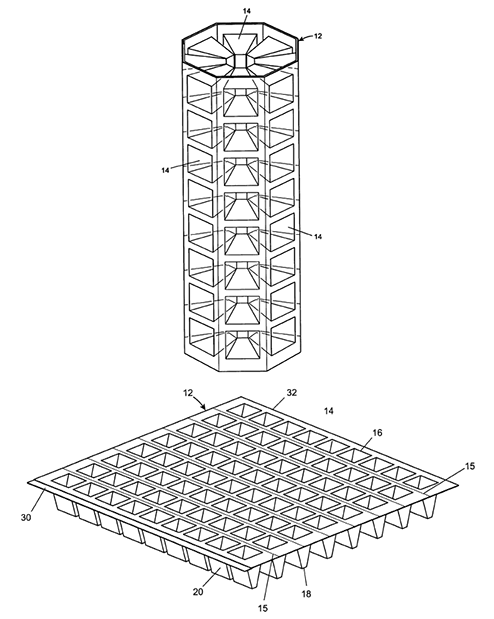