Remember back in December when we featured Katsu Kimura’s cigarette boxes? (See inset on right)

Described as a parody cigarette pack containing “little oblong boxes in the form of filter-tips,” I was drawn to the idea simply because I like seeing familiar rounded objects made square. (and vice versa)  See also: Square Eggs

At the time I thought that Kimura’s design for his pack of “cigarette” boxes within a cigarette box was fractal and high-concept.

It never occurred to me at that there might actually be some advantages to square or rectangular cigarettes.

Or that some inventors had already obtained patents for the idea.

But apparently they did.

Here now are the three examples that I found in the order of their invention:

In this patent, the squareness of the cigarettes seemed almost an afterthought, the main thrust of the patent protection being for the design of the packaging and for the idea of using transparent “cellophane” instead of opaque cigarette paper. (Which is why the tobacco is visible in his patent drawing of square cigarettes below)

“The cigarettes may be pressed into the square form shown or not, but this form is desirable in order that the cigarettes may be nested closely together with large superficial surfaces for the engagement of the side flaps 8 and 9 and for the purchase of the adhesive.” 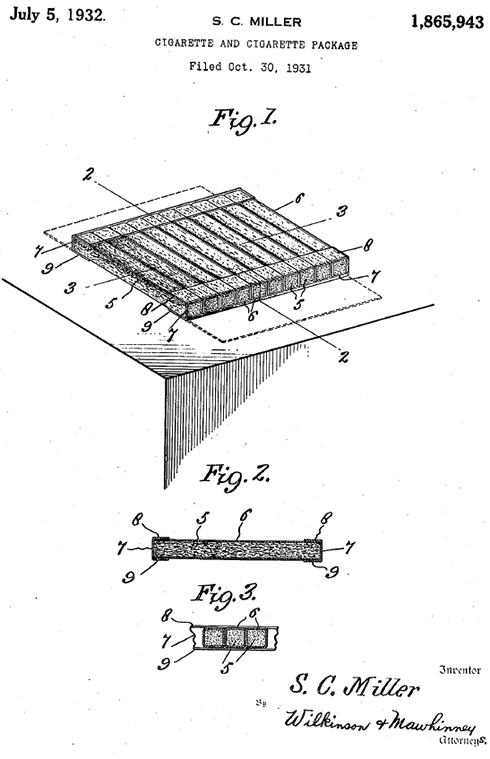 This invention included a molded rectangular cigarette, as well as a triangular version. 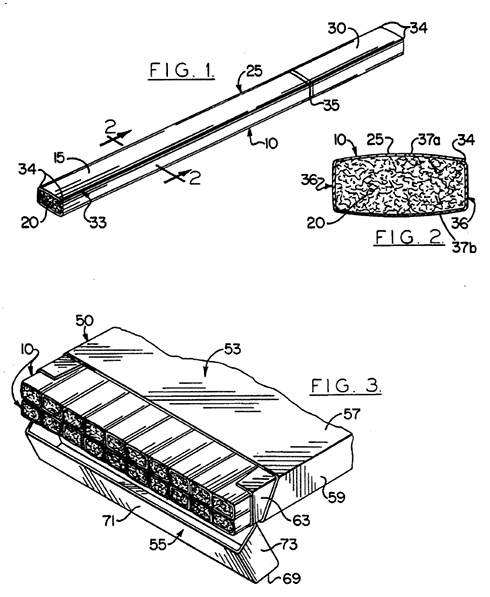 One of the chief advantages claimed by the invention was a more efficient package with less wasted space. An interesting close-packing strategy: change the product to fit the package. 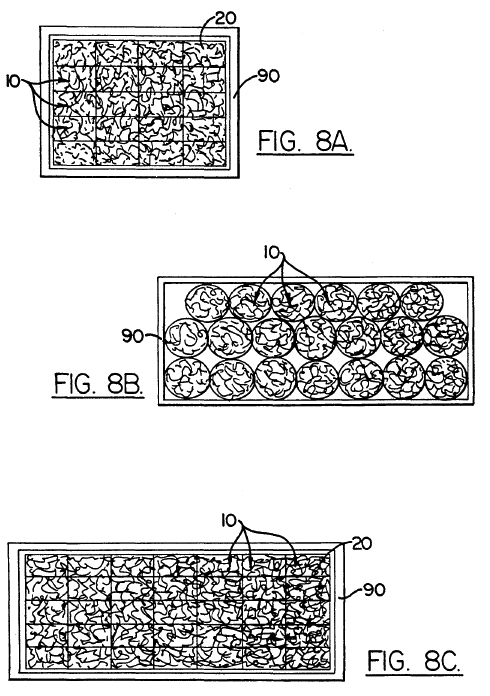 The invention also included a manufacturing method for pressing the cigarettes into a square molded shape. (Similar in concept to the hard-boiled “egg-deformers” alluded to earlier) 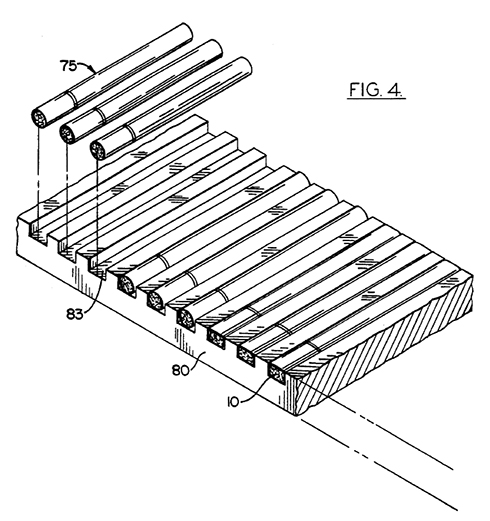 Can’t tell if R.J. Reynolds ever test marketed this idea, but there’s ample documentation of their giving it some serious consideration…

(More about the R.J. Reynolds “square cigarette,” after the fold…)

In 1992 R.J. Reynolds commissioned a study by Delta Research entitled, “Consumer Ideation for Product Development.” Among the ideas that were ideated was the idea of a “square cigarette”… 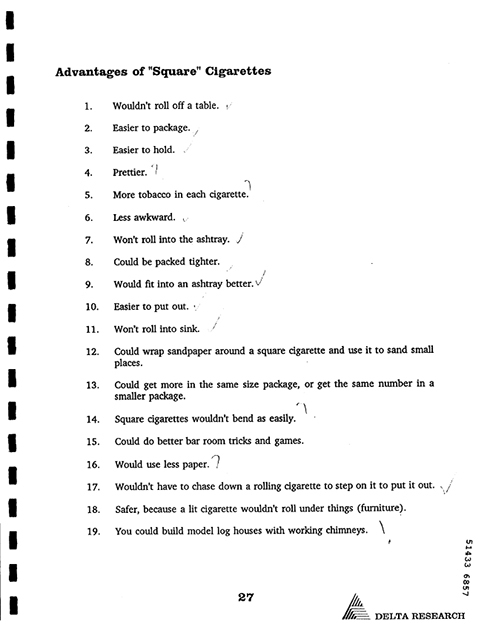 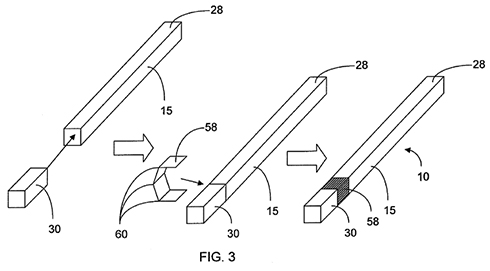 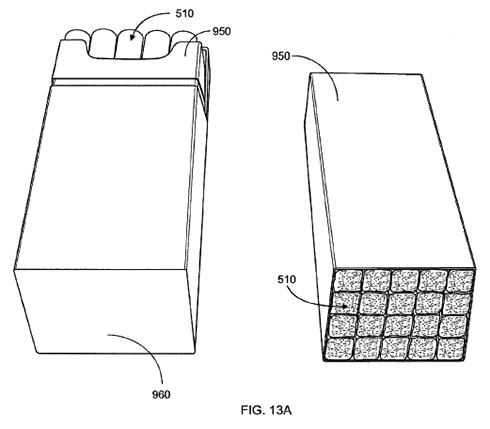 Again, I haven’t seen any photographs of any actual square cigarettes, but the idea is public enough that I did find one newspaper editorial on the subject…

The embattled tobacco industry, desperately looking for the next big thing to lure customers, has something new coming soon: the square cigarette. Remarkably, the motive this time is not to create a new hype; instead, the goal is cutting cost.

R.J. Reynolds, producer of smokes like Camel, Winston and Pall Mall has filed documents to patent the square cigarette. The detailed drawing the company filed with the request shows that this will reduce the cost of packaging material significantly.

For nervous smokers there are difficult times ahead, if only because it seems more difficult to fish the first cigarette out of a tightly packed wrapper.

And how will it feel between the lips, a square cigarette? The company says nothing in its request about convenience, or about effects on a smoker’s health.

But then, R.J. Reynolds knows as well as the next guy that there is no difference between square, round or oblong cigarettes. Smoking kills. Always has, always will.