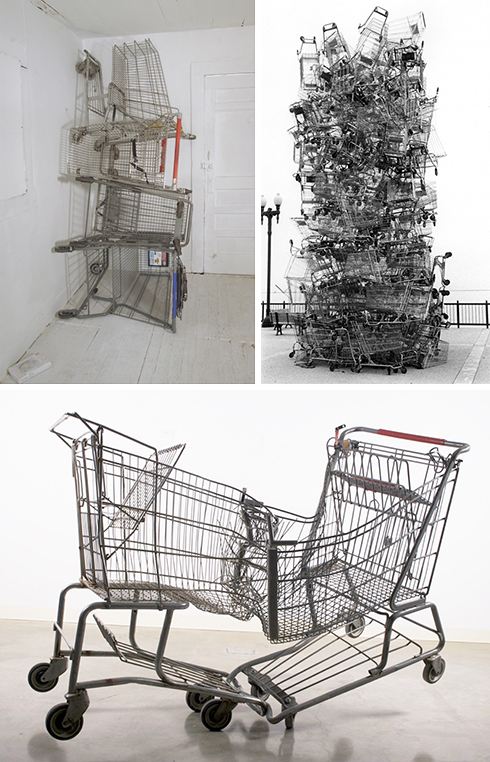 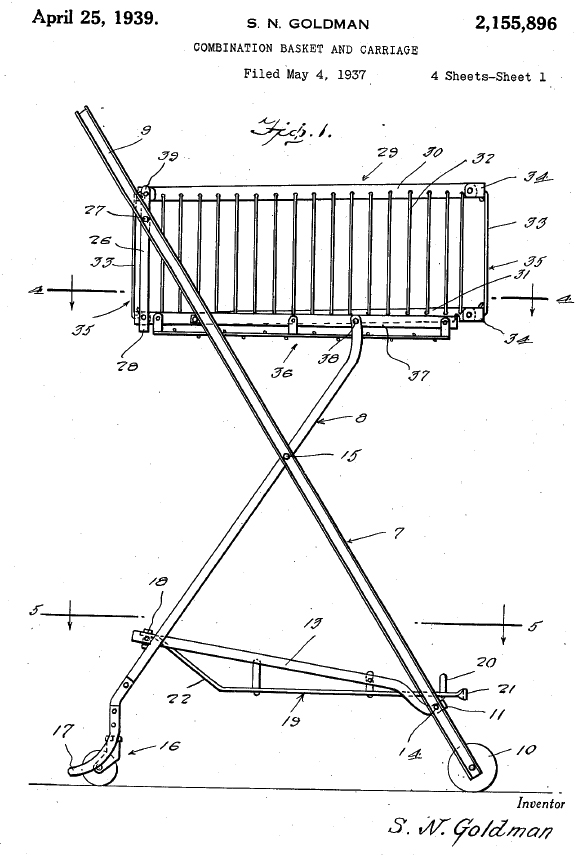 Invented by Sylvan Goldman in 1937, the shopping cart has become a potent symbol of commerce and consumerism.

When used as an icon on a website it’s seen as a good thing—an internet convenience (even as it foreshadows the obsolescence real shopping carts.)

When shopping carts are used in artworks, however, the message they carry (about commerce and consumption) is usually not so positive. 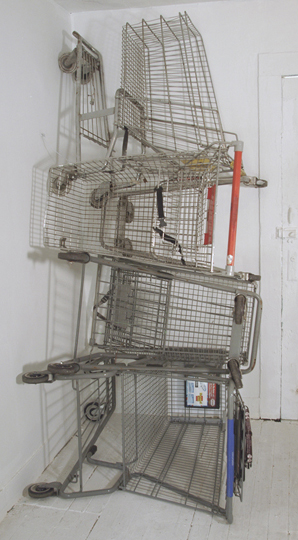 1. Nathaniel Donnett’s stacked installation of shopping carts was part of his brilliantly titled 2008 installation, “The Greatest Store That Never Sold.”

“…taking the form of a makeshift minimart complete with metal shopping carts. Donnett completely transformed the interior of the house from a raw, no-thrills or frills wooden structure into an almost blindingly white, pristine space. Walls, floor, shelves and products themselves were wrapped either in white fabric or wrapped and then painted. Hundreds of items—from vintage vinyl to self-help books and homemade cowry-shell necklaces—sat patiently about, devoid of the labels that incessantly demand consumer attention. Instead, each viewer was free to consider each object’s intrinsic value.” 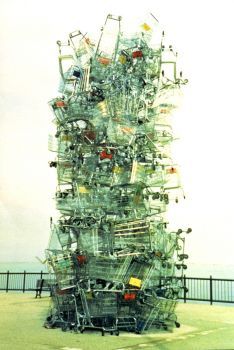 2. Arman’s “Chariot’s Trophy” was a tower of 125 shopping carts. Created for the 1984 International Exhibition in Chicago, this public sculpture is now destroyed.

The shopping cart, the durable, capacious symbol of the self-service consumer society, attains distinction by being made into art by the “new realist” Arman (b. 1928) in Chariot’s Trophy, 1984, a shaft of carts stacked twenty-eight feet high. 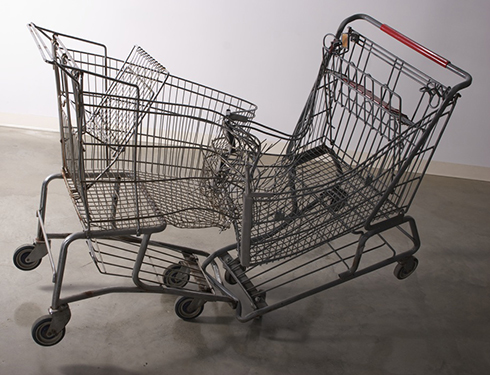 It’s significant, I think, that his two shopping carts are different models. (One has a handle & child seat of red plastic; the other does not, etc.)  …as if this collision of shopping carts were part of some tribal conflict between warring supermarkets. Although the title strongly suggests that the battle in this case may have been between competing shoppers. (You know, since “door buster” Black Friday sales in America are known to sometimes cause casualties.)

Collier’s sculpture was included in group show at artdc Gallery entitled, “Chew It Up!”

(A video after the fold…)