Regular readers of this blog will have noticed that we’re ultra aware of the “great minds think alike” phenomenon. Some ideas are so ready to be thought of, that several people do it at (more or less) the same time.

Something like this has occurred with the idea a reversible peanut butter jar with a lid at each end. The problem that this invention seeks to solve is wasted peanut butter at the bottom of the jar.

Of the three jars shown above, only one is patented, although another one garnered the most attention online.

Oh, and one of them was invented by a 9 year old girl.

Details, after the fold… 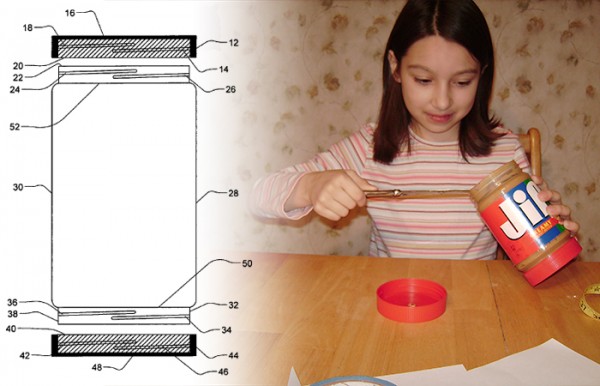 Last year, while making toast, Bella was struck with an idea. As she tried to scrape the last dregs of peanut butter from the jar she thought of an easier way to make her snack. “If there were lids at the top and bottom then you wouldn’t have to get peanut butter all over your hands,” she explained. She went on to create “Bottoms Up Peanut Butter,” a peanut butter prototype with lids at either end, making it easier for the peanut butter consumer.

Bella is the youngest of the three inventors, the first to publicly disclose her idea and the only one of the three to have actually obtained a patent. (See: Double opening wide mouth food jar with screw caps) 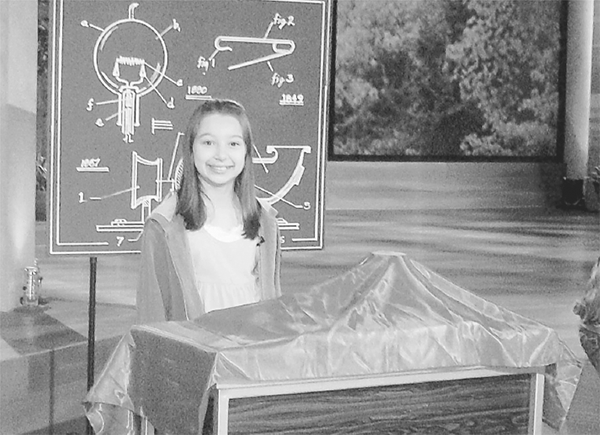 She appeared on The Ellen DeGeneres Show on Nov 8, 2007. (Sorry to say, that episode does not appear to be available on YouTube.) 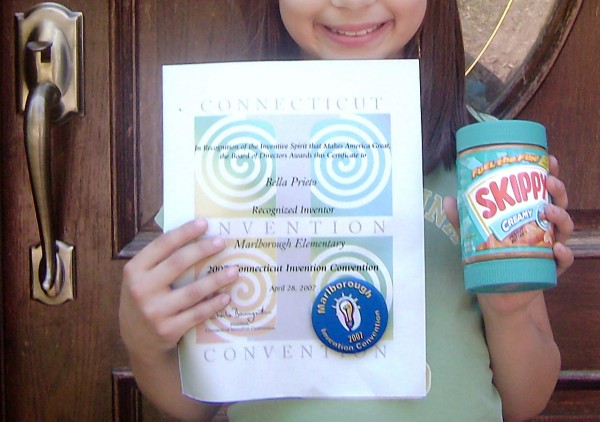 Bella Prieto with a certificate from the Connecticut Invention Convention, dated April 28, 2007 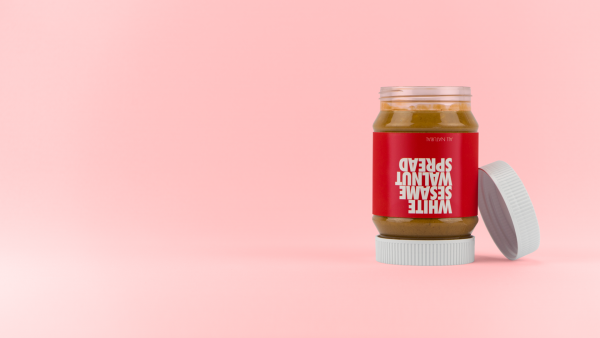 Sherwood Forlee is the inventor who has garnered the most online attention from this idea.

His “Easy PB&J Jar” first appear on his website in 2008 and was picked up by numerous blogs, including this one. (See: Reversible Jar and Mustard Jar Fight Scene)

Forlee’s version of the jar was also mentioned in Newsweek…

He spent eight years perfecting his invention and hopes to begin production later this year. “It’s a really novel concept,” says Lee Zalben, founder of Peanut Butter & Co., a Manhattan sandwich store. The peanut-butter industry, however, is hurting from an uncertain supply of peanuts and soaring fuel costs, and may be slow to embrace a packaging change. “It would seem much more expensive to manufacture,” says Leslie Wagner of the Peanut Advisory Board.

While Forlee may have been “perfecting” the idea for the eight years prior to 2008, he does not appear to have ever sought a patent for the jar, although he is named in other packaging-related patents.

The reluctance of entrenched manufacturing to change an established packaging method, is perhaps the biggest hurdle facing aspiring packaging-inventors. What seems completely doable to the layman (same type of threaded opening, only two of them; same exact cap, only two of them) is somehow deemed “much more expensive to manufacture.”

Still, if this idea were ever tried, one imagines that Bella Prieto, would be in a stronger position (than Sherwood Forlee) since she presumably holds an enforceable patent.

Also: when Forlee’s jar was featured on Yanko Design, there was one commenter who cited Prieto’s earlier precedent, although he didn’t identify her by name and misremembered whose TV show she had appeared on:

Some little girl invented this already. She was on Oprah. Sad, some dude is reaping the benefits. He probably saw the show.

The thing is, “reaping the benefits” is way easier said than done. 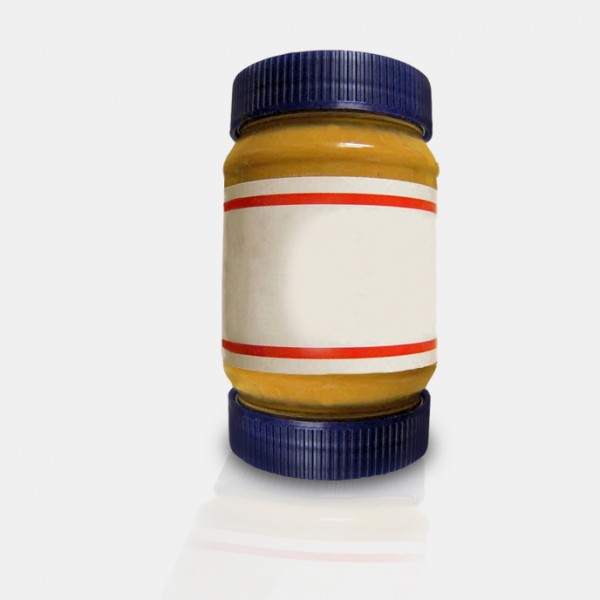 Ever struggle to get that last bit peanut butter out of the jar only to have your hand covered in a sticky mess? Why not create a peanut butter jar that simply has two sides to open.

I present to you, the Double Sided Peanut Butter Jar!

Although Kragh the last of our three inventors to disclose his idea and probably stands the least chance of profiting by it, I have little doubt that he came upon the idea honestly. Of course, another big part of inventing is in doing the due diligence of patent research to see if anyone else has already thought of your idea.

« The Chanel Oil Drum: too much of a good thing?
The 2008 MRE packaging redesign »