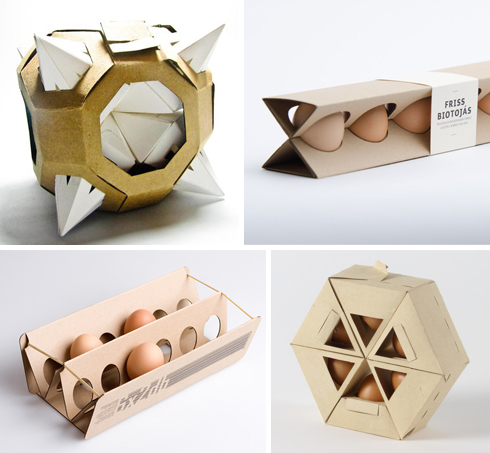 (More about all 4 of these polyhedral egg cartons, after the fold…)

1. Melissa Portes’s “Egg Packaging” is probably the most extreme of our four examples. This spiky egg carton puts me in mind of some Game of Thrones bathysphere. (Not that they have bathyspheres on Game of Thrones, to my knowledge.)

A truncated cuboctahedron, containing an eight-pack of of eggs, each contained in a double-hexagonal-pyamid inner pack. She wryly describes her design as “Eco-friendly or something like that,” but with so much intricate die-cutting, its eco-friendliness is probably: not so much.

Still I like the way those double-pyramids form dimpled depressions where they are visible through the octagonal windows. 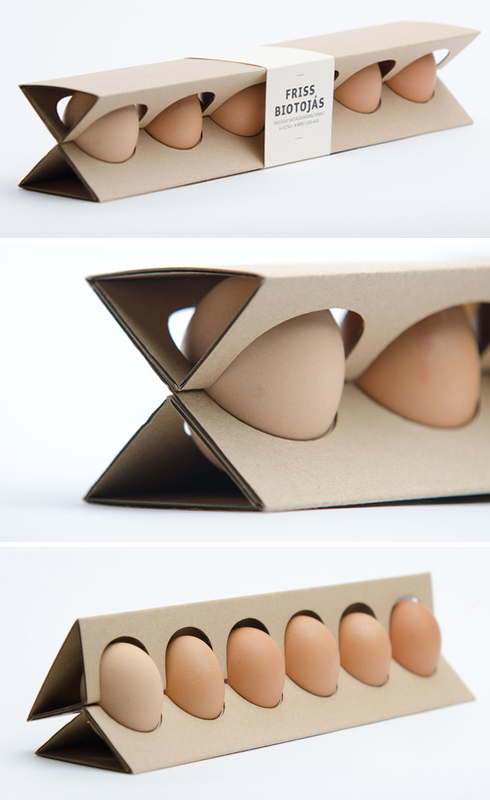 2. otília erdélyi’s Egg Box is perhaps a more economical construction. Hers is a six-pack of eggs contained with one piece of die cut cardboard, folded into two hinged triangular prisms. A belly band hold the whole thing together. Once it’s removed the top prism can be folded to the side, exposing the eggs. 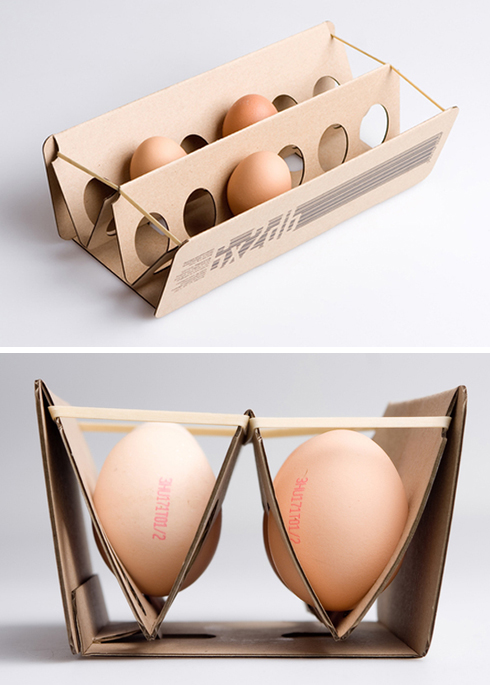 3. Éva Valicsek’s Egg box redesign is an accordion pack relying on rubber-bands to provide tension and hold the eggs in place. (The only one of our four examples that holds a full dozen eggs.) 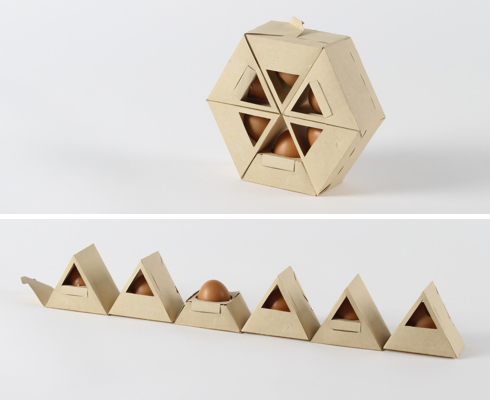 4. Gil Rodrigues’s Hexagonal Egg Packaging is what I like to call a chained polyhedral portion pack. His hexagonal six-pack of eggs unfolds into into a chain of six short triangular prisms, each containing a single egg.