Faceted Folding Packets: 4 flexible packages, are each designed with triangular folds, giving them a certain geometric logic when flexed.

Similar to the pseudo-cylindrical concave polyhedral cans we were looking at recently, only here the objective is to facilitate buckling in an orderly “Yoshimura pattern.”

(More about all four of these package design projects, after the fold…) 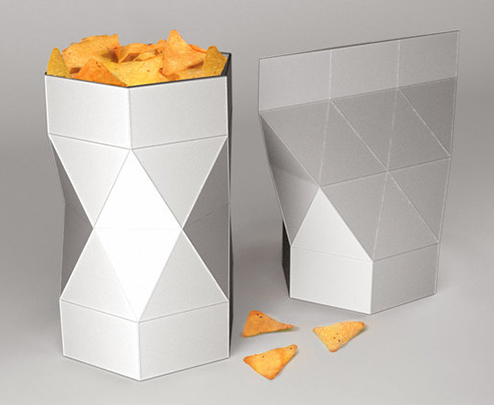 “What’s good about the form of the packaging is its structure which can keep the chips closed after opening.”

Ostensibly based on the general shape of a Doritos chip, but for Pavlov’s flexible carton/packet to open and close in this manner, triangular panels were really the only functional choice. 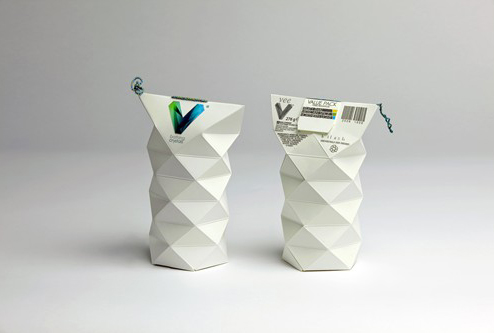 “The bathing crystals’ extraordinary and futuristic shape is also reflected by the packaging, adopting the tetrahedral structure and creating a symbiosis of light and shadow.”

The structure has the Yoshimura pattern of triangles, but “tetrahedral” is a misnomer, I think.  Interestingly, three of the collaborators (Florian Beck, Lukas Rüblinger and Michael Bauer) went on to create a very similar package three years later for their 2014 “Vee” champagne. 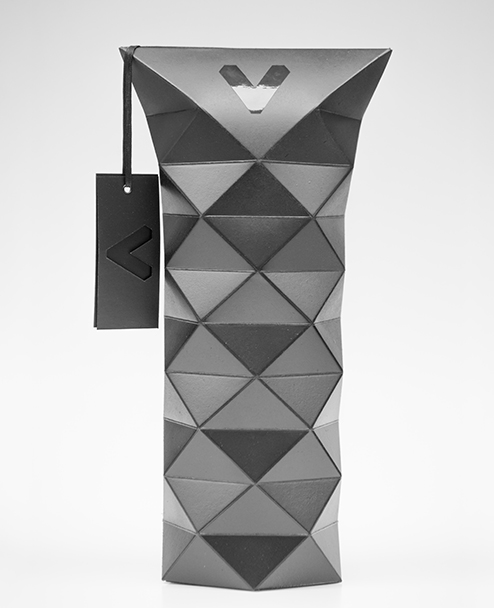 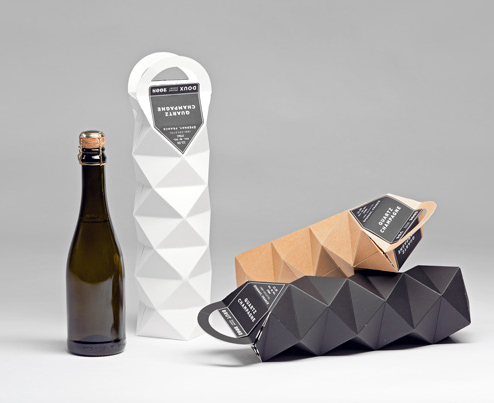 3. “Quartz Champagne” is a similar faceted package designed by Cajza Nydén and Max Molitor. A winner at this year Packaging Impact Design Awards (PIDA) their package includes an integral handle. 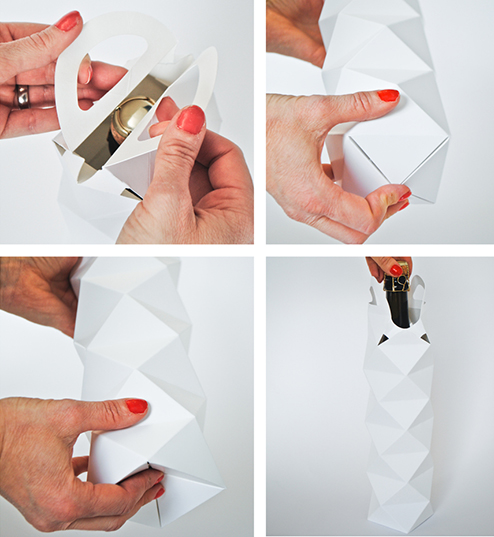 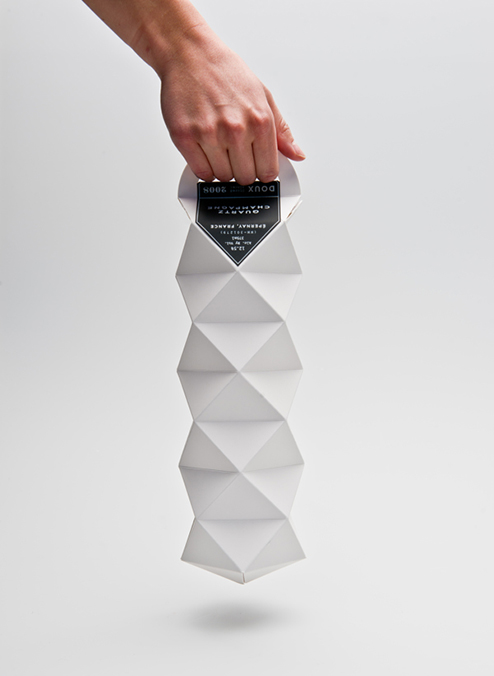 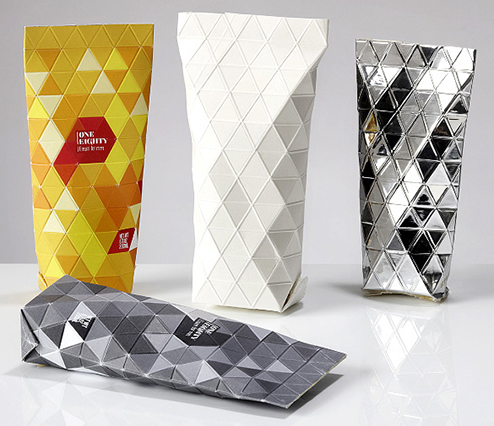 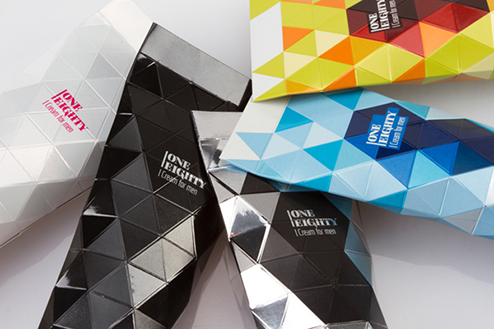 Initially their concept was for a folding carton/packet, similar to the  examples above. Later they did additional work on a squeeze tube application. 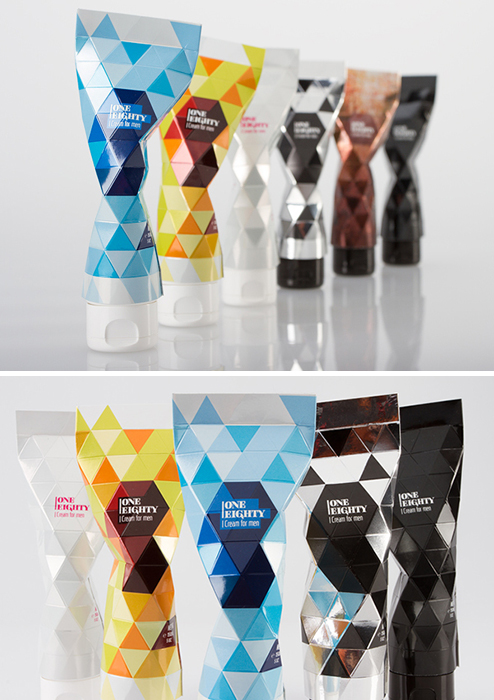