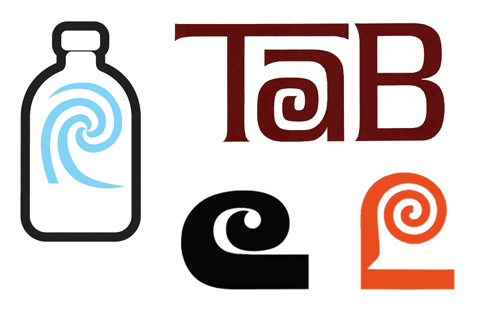 I’m taking yesterday’s pharmaceutical vials as an opportunity to segue back to our own Respirer branding.

Pretty presumptuous of me to put my logo up along side of these iconic logos from the 1960s, right?

I know, but I’ve been wanting for a while now to take a look at brand logos that feature spiral letterforms and these are the four examples that I came up with.

1. Respirer
Luxury air is a hard sell since its bottles look just as empty as regular low-income bottled air. How do you depict something invisible? With the Respirer brand logo, the solution was to allude to vortices and hurricane weather patterns… which happened to form the letter “R.”

Several different approaches were taken in developing the trademark, but the one which was finally submitted for approval began with classic, block letters. “We started with upper case letters, ” say Sid Dickens. “Then we lower-cased the ‘a’ to give a feeling of informality and extended the ‘t’ out over it. The ‘b’ remained the same. By exaggerating the ‘t’ we gave the trade mark some memory value. The twist-around ‘a’ was used to focus attention on the name and give it a longer memory span…

3. Celanese and 4. Lawry’s Foods
The 1968 Celanese “C” logo and Lawry’s “L” logo are both by Saul Bass, who is also known for the spiral vortex of Vertigo. 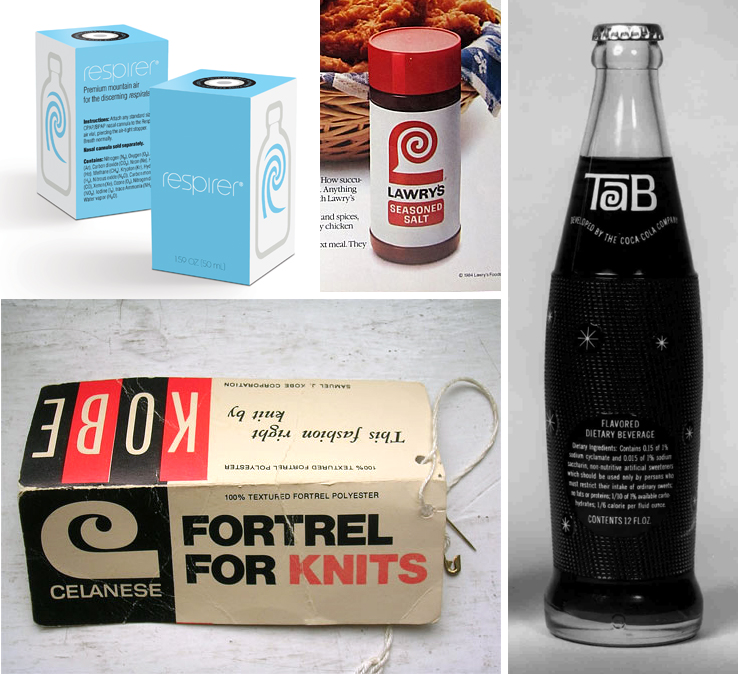 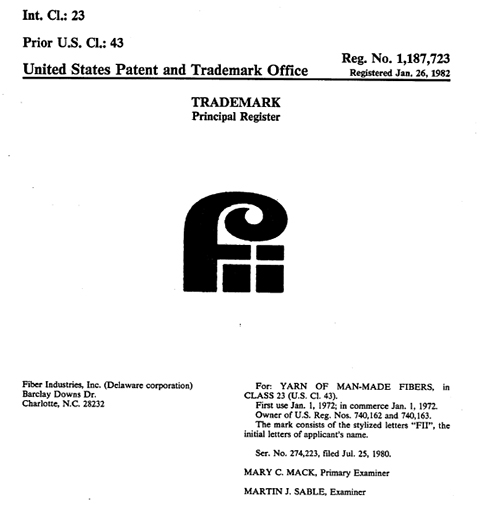 And an installation view of Respirer packaging at apexart … 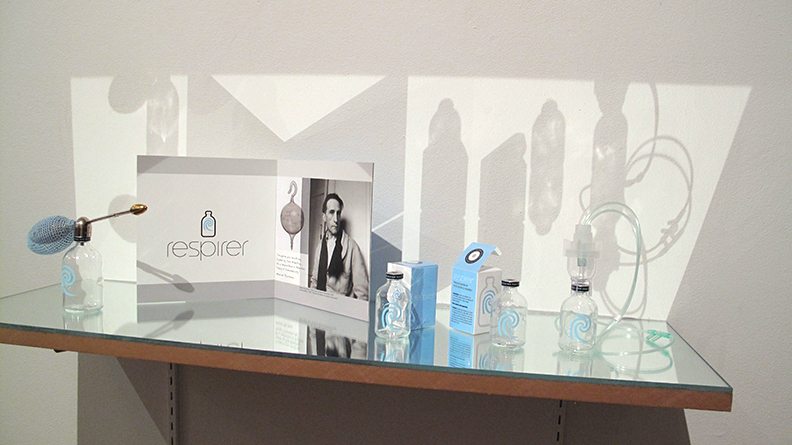