Yesterday we looked at “accordion packs,” and today we look at accordion bottles.

Although there is one example here of a literally accordion shaped bottle from eBay, for the most part, these are bottles with expanding/contracting, bellows-like features.

Prior to digital photography, photographers had the option of storing their darkroom chemicals in “air reduction” bottles which “expand and contract depending on amount of contained liquid to ensure it’s air tight and lasts longer.

There are also collapsible sports bottles, sometimes in the shape of a ball.

The bottle shown in the lower left of the photo above is Tnuva Milkshake’s 2003 “Accordion Milkshake Bottle.”

By using the new flexible ‘accordion’ bottle space saving technology the customer stretches to full capacity the flexible bottle only when he wants to consume the product, then the customer shakes the firm closed bottle to desired foamy structure and then only the customer opens the bottle.

Sometimes accordion bottles are used as syringe-like dispensors, as with the Kuhn Rikon cake decorating bottles below.

We also featured a 2008 collapsible carbonated soda bottle concept by Swerve that was meant to prevent soda from going flat (similar to the darkroom “air reduction” darkroom chemicals bottles). In recent years, designers have been been continually reinventing the accordion bottle as a space-saving ecological solution. 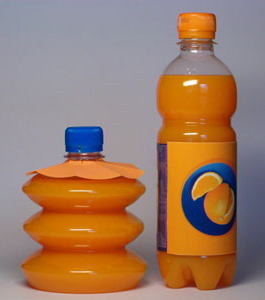 My idea was to make a bottle whose volume could be easily reduced. It was obvious that it should fold like an accordion. But the first prototypes did not work because of certain properties of the plastic, so I had to adjust the design of the bottle.

Its design enables an easy separation of the raw materials — the bottle, the label, the cap — and a simple condensation of the empty bottle. Its label is not fixed with adhesives but it is just put on the bottle’s neck.

Their patent appears to be for sale.

Actually a water purification device, and maybe a bad example of the accordian-bottle-eco-space-saving idea. It’s ecological, but not by virtue of its recyclability. Like those sports bottles we mentioned above, its collapsibilty has more to do with convenience. Still, it’s a cool looking bottle…

The water filtering system introduced by Bengt Brummer is designed for active users in different environments where the water quality cannot be considered as safe. Dubbed Pop Bottle, the dynamite shaped water bottle has the ability to collapse and expand as required. 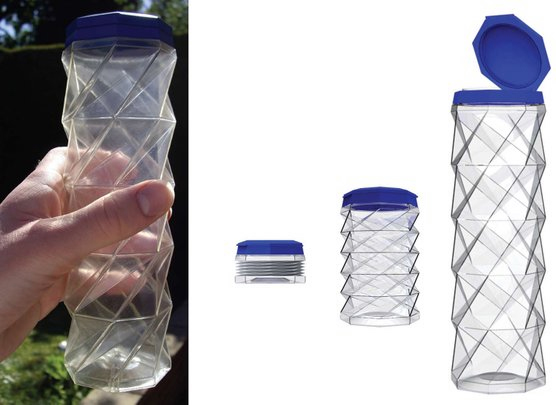 An accordion bottle, by way of origami:

“This bottle was influenced by collapsible origami cylinders and aims to change the way we interact with plastic packaging. Aesthetics have been improved, whilst re-use has been encouraged and made more enjoyable.”

(2 more examples, after the fold…) 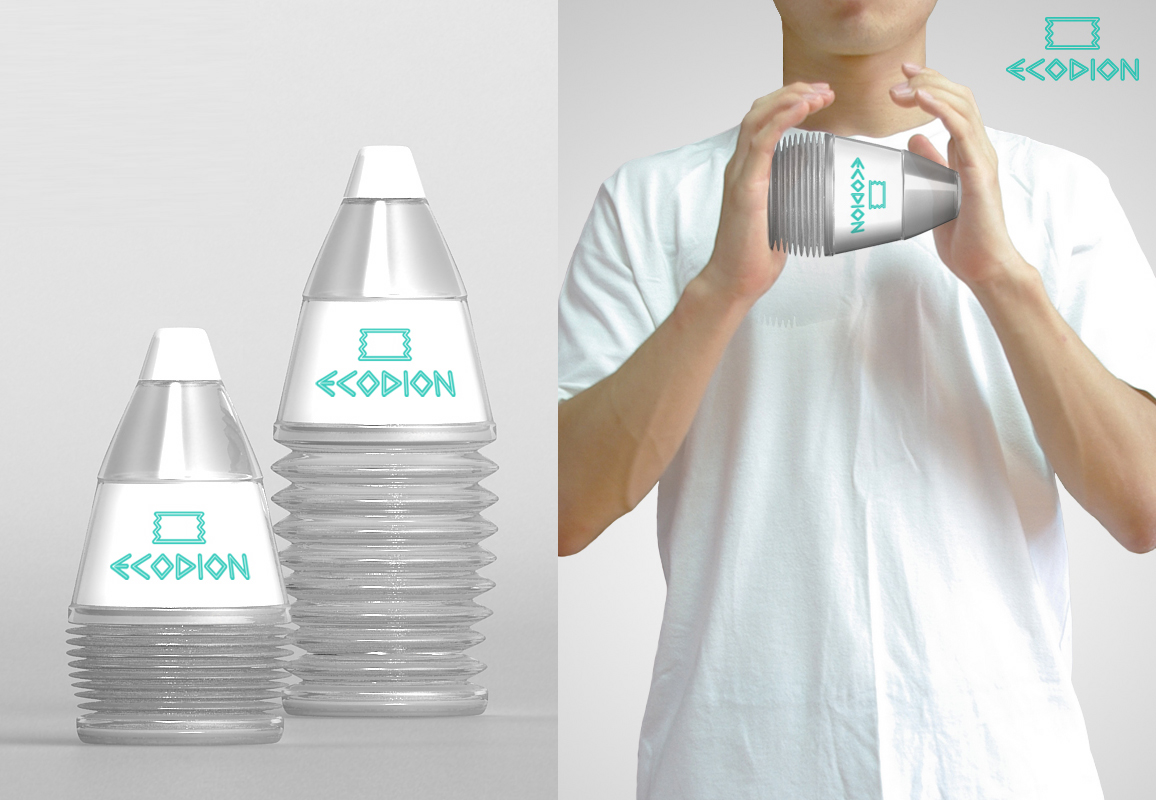 “This PET bottle motivated from an accordion. Users can compress this bottle in proportion as amount of water. So it is possible that we can decrease the unnecessary space. The strong point of this design is that it is much more convenient for putting in a bag portably and more compact for recycle. What we want from this design is that each person can considers and practices the protection of environment from simple and easy behaviors.” 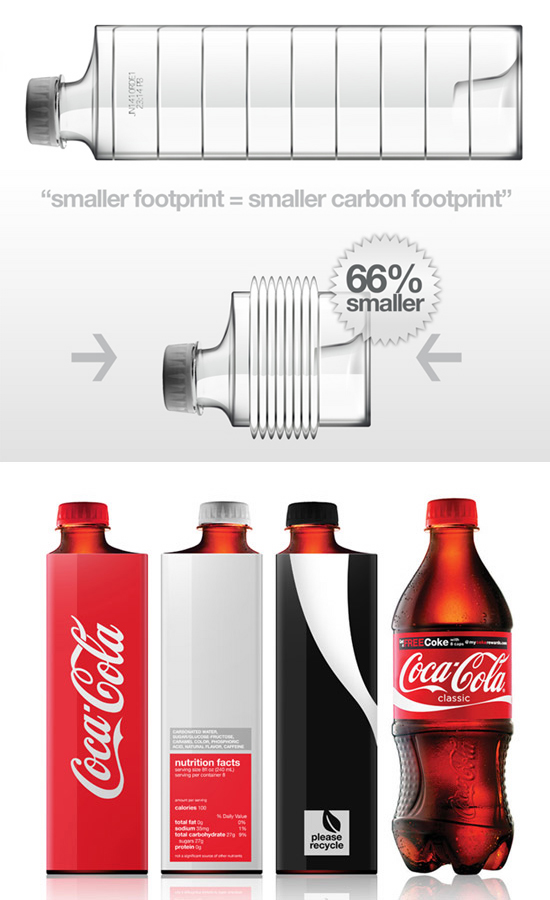 5. Andrew Kim’s 2010 “Eco-Coke” bottle garnered most of its online attention for being rectangular, but it was also an accordion bottle.