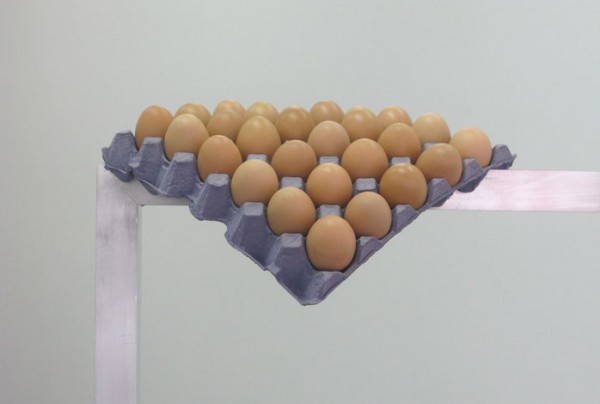 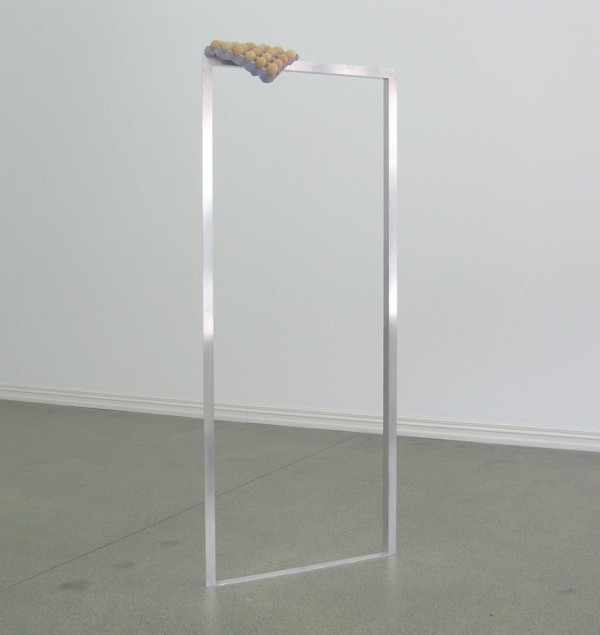 This precariously balanced egg tray gives Alicia Frankovich’s 2010 “Orphius” sculpture a certain Humpty Dumpty-esque tension. The aluminum doorway stands as an invitation to step through, but do you dare? 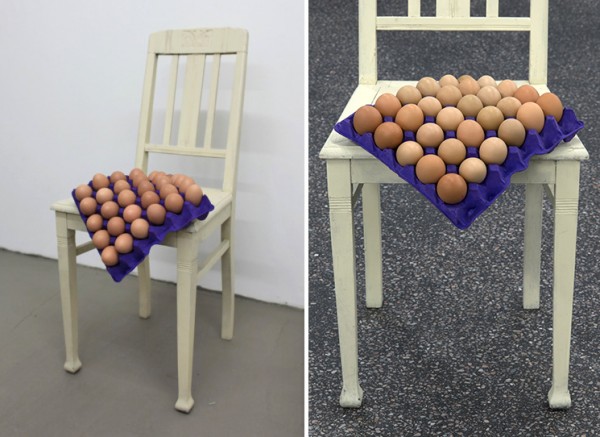 Her “Chair with Eggs” is likewise unsettling.

In both case, I suspect that the danger is illusory and that the eggs are not as likely to tumble out of their tray as they seem. Some of the captions describe the material used in Orhpeus as “aluminum, eggs, cardboard egg tray” but in some exhibitions the caption reads, “aluminum door frame, egg tray, egg shells.”

My conclusion is that the “eggs” in these sculptures are fragile, but secure.

More after the fold… 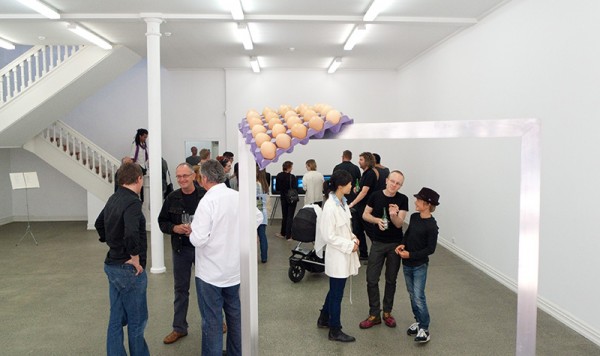 The only other egg-related artwork by Frankovich (that I could find) was her 2010 “Egg Happening,” performed and video taped in Stuttgart, Germany. 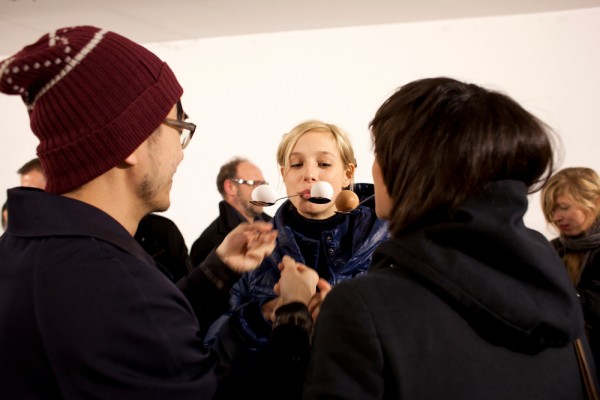 By the front door Frankovich’s spot lit photograph of an Egg Happening in Stuttgart is very different. It shows two people each attempting to balance two eggs in a pair of teaspoons clenched in their mouths at once, and seems a variation of the famous running waiters egg-balancing race in Paris, and a couple of egg-tray balancing sculptures Frankovich has exhibited in other shows using chairs and metal door frames. They seem to represent latent movement…

Precarious trays of eggs trying to attain a safe equilibrium on sharp edges are of course symbols for the gymnast’s (performance artist’s) poised body but here [at her “Bodies and Situations” exhibit] only the German photo alludes to them.