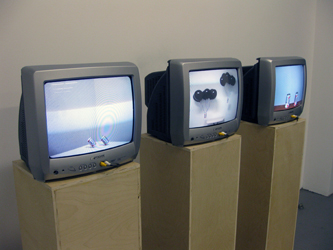 Part of a 2010 group show at SIAC’s Sullivan Galleries entitled The Joke is Irresistible, this “video triptych” by Fleming twins, Alan and Michael, is interesting to compare with the Budweiser Triptych by Banks Violette that we looked at last Wednesday.

Whereas Violette’s redacted, black and white Budweiser label spelled out “die” and contained a certain gravitas, the three Fleming videos are more about gravity…

“In this video triptych two ordinary cans of beer are transformed into ephemeral sculptures through the act of drinking. The result is a series of poignant and playful studies of everyday objects imbued with a new life and form of their own. This piece reflects on the studio as a site for games, trials and tricks.” –via

In their show at threewalls last month, they expanded on the balancing beer can trick, demonstrated in the first video. 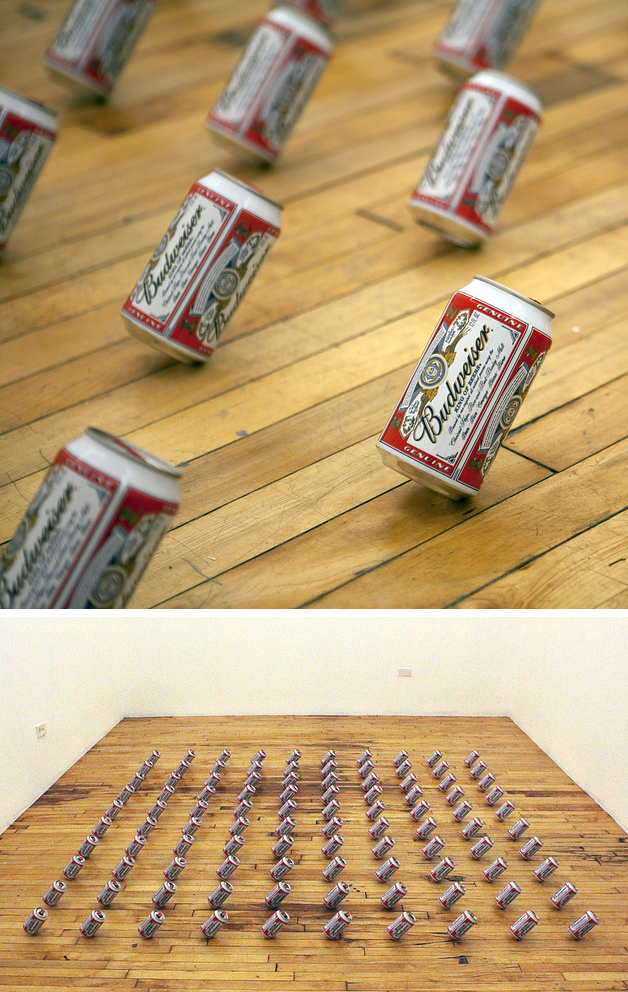 I never knew about this particular bar trick, but I like how it relies on the beveled edge of the beverage can, and I love the idea of 100 half-full cans of beer remaining precariously balanced on the floor of the gallery for two months.

I guess it also adds to the whole “99 Bottles of Beer on the Wall” thing.