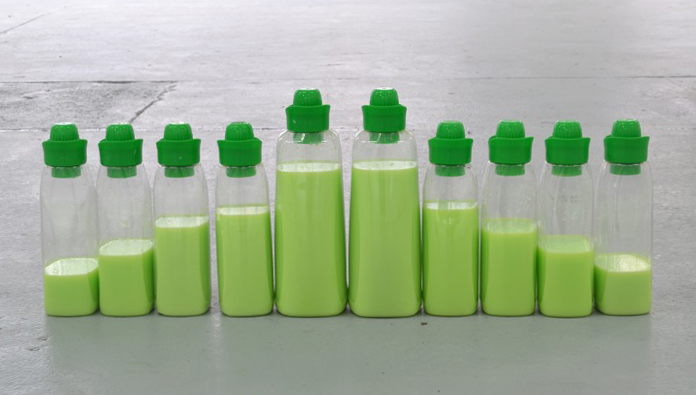 Some subtle sculptures with groupings of detergent and fabric softener bottles by Russell Hill. I like the the way he organizes these consumer products according to his own formal concerns. Lining them up by size, level of contents and color. (via: MKTG)

The thing with the rising and falling levels of fabric conditioner also reminds me of artwork by Tony Feher and Cildo Meireles.

By stacking 4 varieties of Fairy detergent, Hill creates a ready made color gradient. I like that he describes it as “appropriated,” acknowledging the package design to some degree. When artists use consumer packaged goods in this context, it’s sort of “have your cake and eat it too” situation. Clearly a critique on consumer culture, and yet exploiting whatever subliminal forces of attraction these (designed) objects may inherently possess. This was equally true for Warhol and other artists who have appropriated consumer packaging in this way. 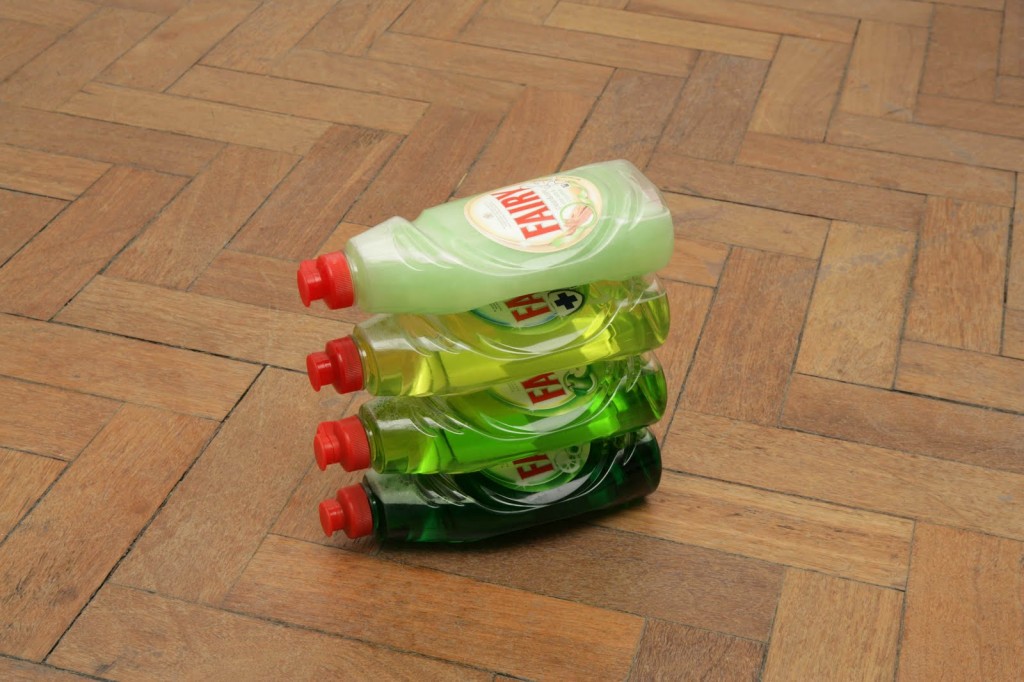 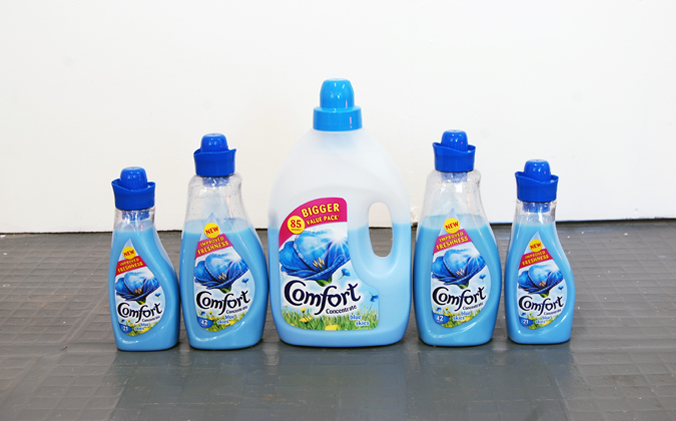 Below, an excerpt from a video about the Catlin Prize which Hill received in 2011…

Above, some photo’s (from russell-hill.blogspot.com) of three plastic bottles that he appears to have purchased at Tesco.

The 2010 Coke bottle wrapped in birthday present paper (on right) may, or may not be, part of his “Pass the Parcel” project. Judging from a companion piece (a wrapped golf club) I’m guessing that the point of the Coke bottle is that, despite the wrapping, the shape is still obvious and instantly recognizable.

He also has a nice “Research” blog which shows some of the groundwork and influences that went into these artworks. (Last updated in 2010)