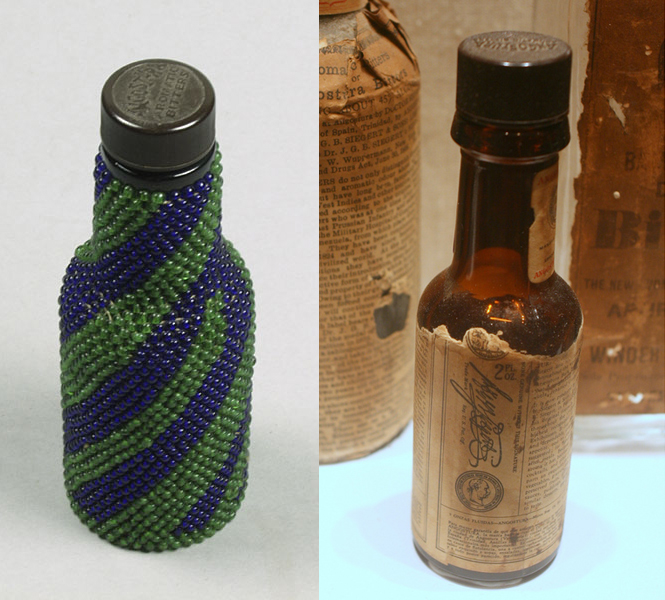 “Recycling or re-using objects is a universal human activity. This bottle was originally manufactured in Europe to contain Angostura Bitters, but later was decorated with beads in Uganda.”