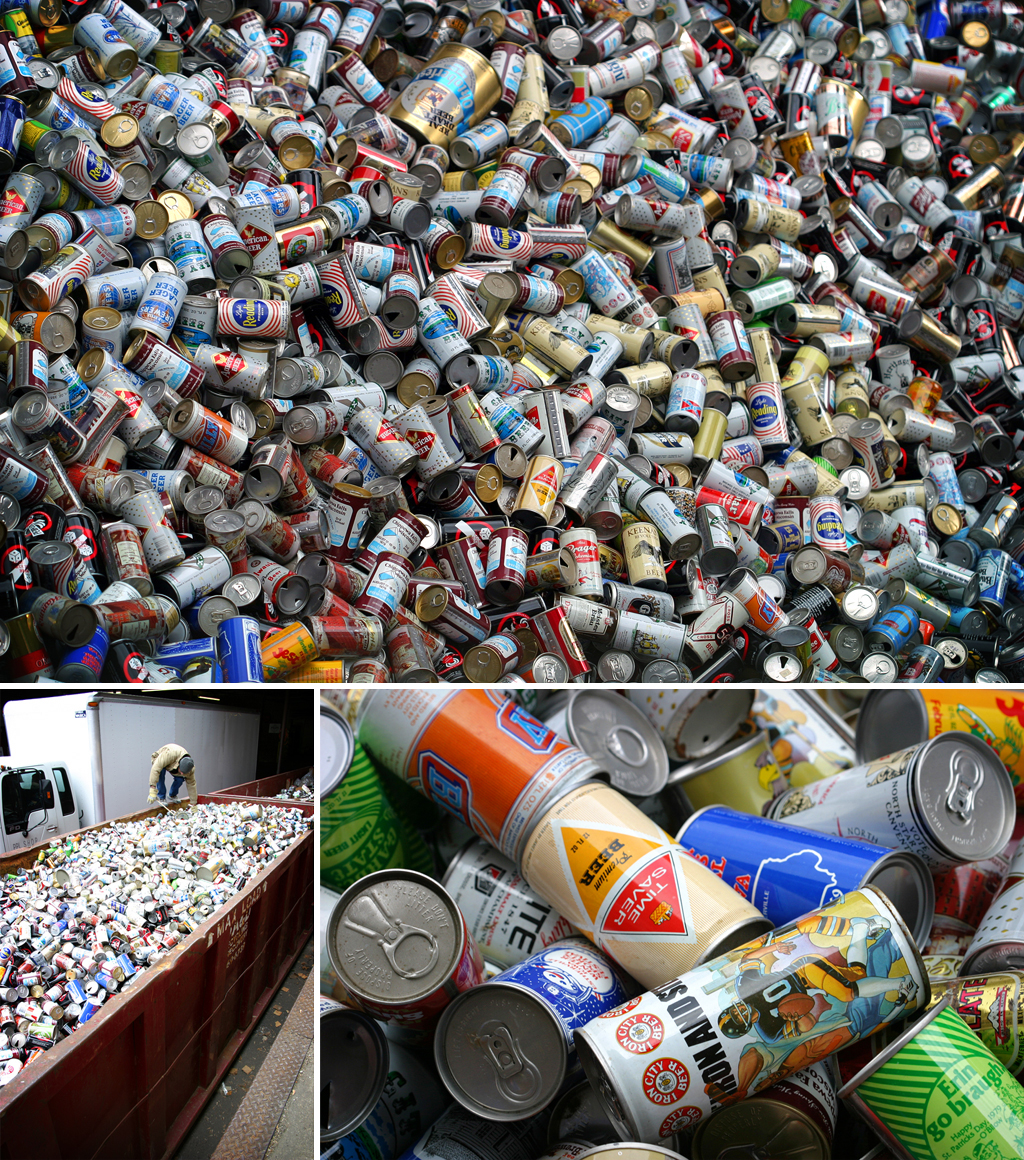 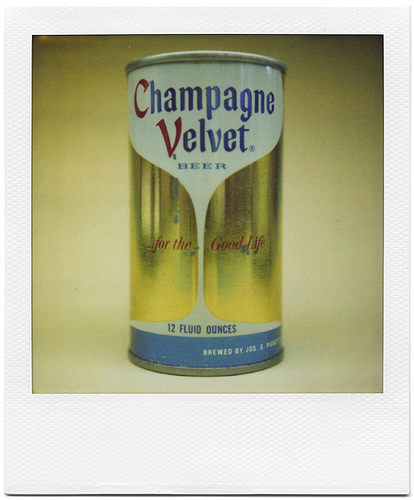 While searching for a photo of a Champagne Velvet beer can, I happened to find the Polaroid on the right from Sean Tubridy’s Flickr Photostream.

Turbidy is founder of Minneapolis-based graphic design firm, Blue Over Blue. The Champagne Velvet can (from his “Vintage Beer Cans on Polaroid” set) originally came from a huge beer can collection that had been thrown away:

…. these belonged to a guy known as “The Beer Can Man”. He had a place in our building and collected these along with bar signs and all sorts of other stuff. He died a while back and these are being hauled away. They can’t be recycled for the deposit because they are tin and steel.

By the end there were 12 trailer-size dumpsters of cans!

Turbidy also photographed some of the container-filled containers. Quite possibly a collector’s worst nightmare: you die and a lifetime of stuff that you valued gets tossed into one or more dumpsters.

Note how many of the cans appear to have intact pull-tab tops. I suspect this is because the cans were opened at the bottom with a church key can-opener—(a standard practice for beer can collectors).

Another Minneapolis-based firm, Studio on Fire, also has an extensive beer can collection. (below) Maybe some of the cans from “the Beer Can Man” dumpsters wound up in their collection. That would be nice. 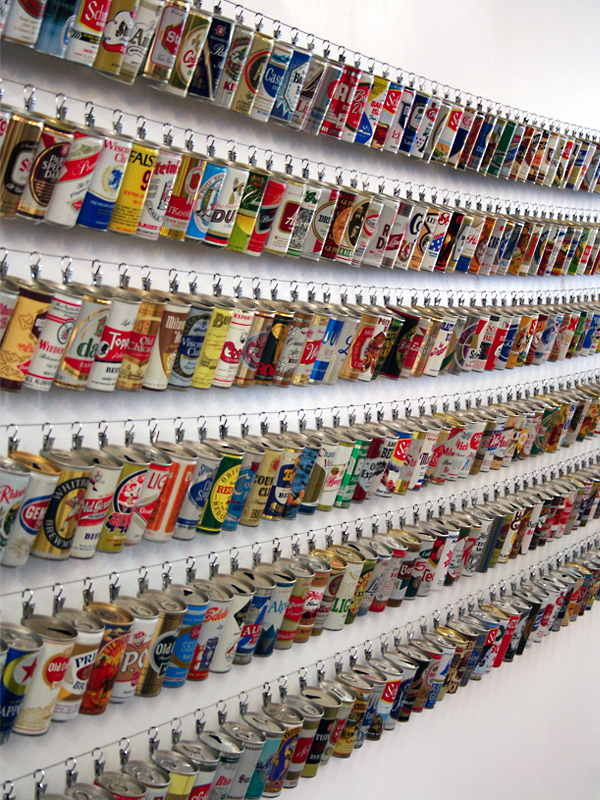 (See also: A Collection of Cans)