We’ve featured other packaging-related artwork by Ben Vautier in the past. (See: Flux Mystery Food)

Like Abby Hoffman’s Steal this Book, “Total Art Match-Box” is subversive to the institutions that supported its own existance. Self-referential and self-defeating, maybe, but whatever else a match might burn, it cannot avoid burning itself up, as well. Self-annihilation is just part of the package.

Vautier’s matchbox was actually contained in a larger box, “Flux Year Box 2,” a multiple put out by Fluxus in 1967. An edition of 100 copies was said to have been “planned.”  If things went as planned, we’d assume that 100 “Total Art Matchboxes” were made.

In addition to his edition of matchboxes, Vautier also made some matchbooks…

(More about the matchbooks, after the fold…) 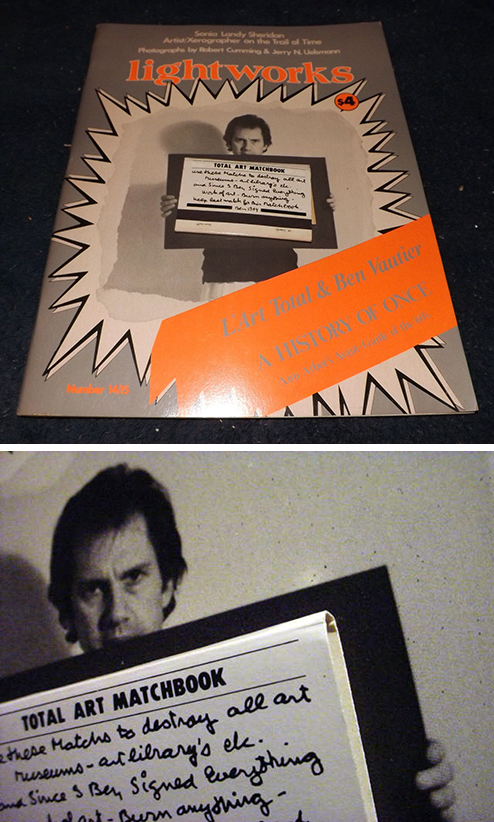 In 1984, Vautier created a similar art-annihilating multiple, this time in the form of a match book attached to the cover of Lightworks magazine. 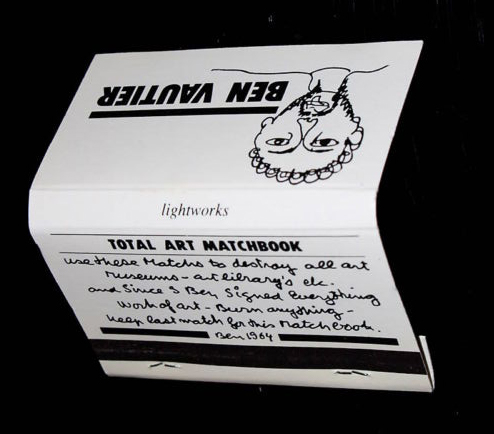