This photo is from a 2004 Diet Pepsi ad by BBDO in Dusseldorf, called “Bottled Can.”

Such a simple photo, but its full import was often only partly understood…

“A can of diet Pepsi has been kept inside the bottle to depict the low-calorie quality of the drink. Moreover, a slim body can always be best depicted in the shape of the bottle rather can.”

Never mind that it’s one brand being contained, like a Trojan Horse, in the packaging of its rival! (See also: Blended Soda Brands and The Concept of Coke & Pepsi)

In this ad, the cross-referential idea of one type of packaging containing another, has largely overshadowed the more confrontational “brand within a brand” thing.

Also hip: the “packaging contrapposto” whereby the neck of the Coke bottle points one way while the business end of the Diet Pepsi can points the other way. (See also: Cocktail in a Toothpaste Tube)

Beverage advertising, however, is not the only context for a can to be situated within a bottle. I have two more examples…

1. There is a method of making contaminated water safe to drink that employs a soda can within a larger, PVC bottle as a pasteurizing apparatus.

2. The other example involves beer rather than soda. In the category of supposedly humorous breweriana, in the subset of “emergency” drinking supplies you will find various versions and brands of the “In Case of Emergency, Break Glass!” gag…

(On eBay, and after the fold…) 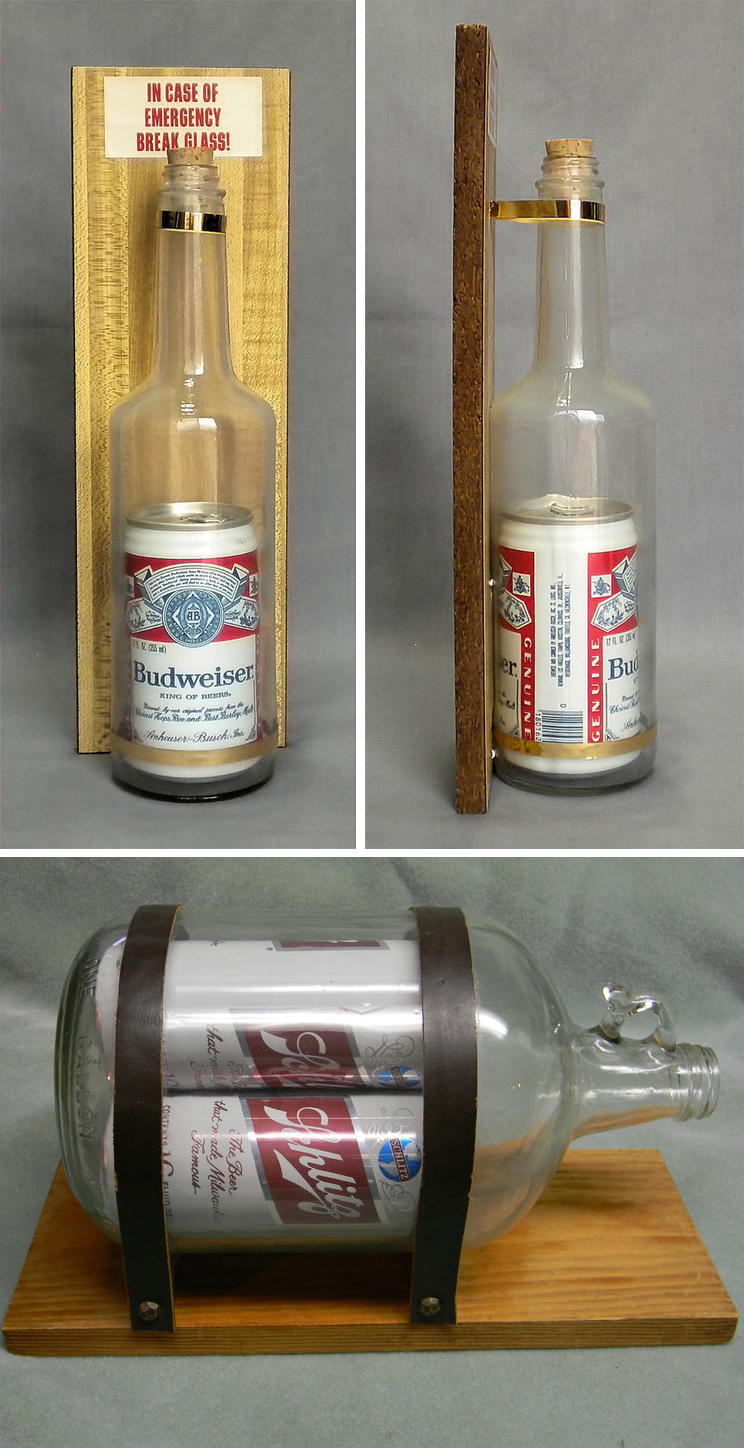 This is also a disreputable form of “impossible bottle.” Visually puzzling, but disreputable since the cans could not have been properly assembled like a ship within an intact bottle. (Is there a cut in the glass hidden behind one of the straps?)