Budweiser has recently announced a new beverage can shape, loosely based on its “bowtie” logo.

While the Budweiser “bowtie” logo, in its present incarnation, is not one of my favorite shapes, it’s interesting to consider how Anheuser Busch has has obtained trademarks for so many versions of the “bowtie” logo shape —even in the absence of any spelled out name brand. (Similar to the trademarked Heinz “keystone” shape)

Likewise, the new can shape, itself, is also something for which Anheuser Busch is seeking trademark protection…

This slight indentation makes the can “bowtie shaped” to the extent that it’s the shape you might get if you revolved a bowtie shape in three dimensional space.

There’s also been some suggestion that the indentation makes the can looks dented, and online photos of the new can orientated horizontally (in order to be right-reading and to better resemble a bowtie) may also be contributing to a certain discarded appearance in some consumer’s eyes.

Another potential controversy is that, while the new container’s structural design requires more aluminum to manufacture —twice as much, they say— it also contains less than the usual amount of beer. (11.3 instead of a full 12 ounces)

Still, if you’re someone for whom cylindrical cans tend to slip through your fingers, this new shape may allow for a better grip. (See also: Getting a Grip)

Here’s what the company is saying about its new pack: 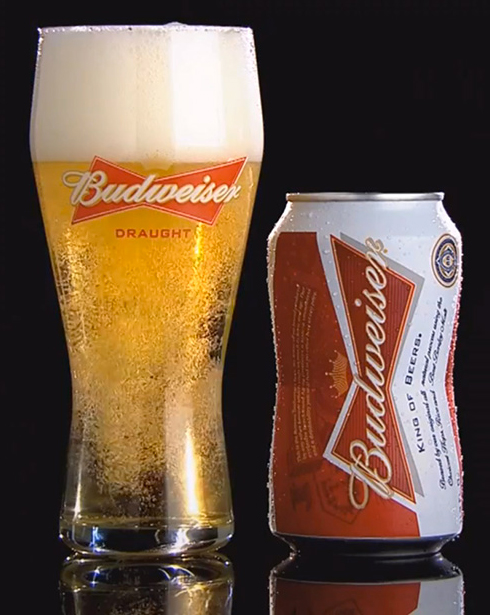 It hardly bears mentioning, I suppose, that Budweiser’s is not the first can to ever be given a narrower waist… 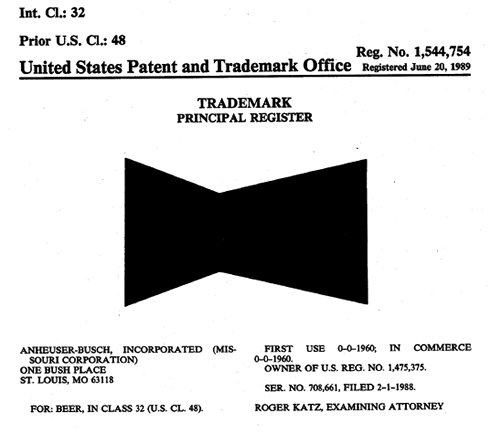