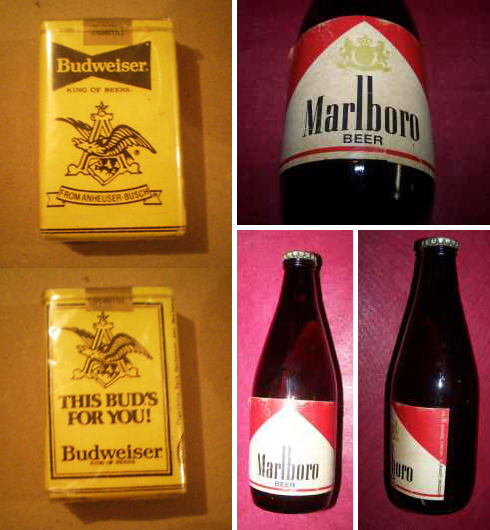 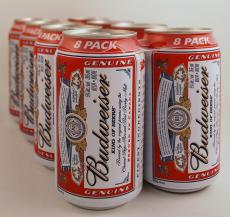 “Budweiser Fine Arts Week” is over. This post is a not part of that. (The eight day, 8-pack of artworks featuring the Budweiser beer brand that ended yesterday.) Although it does follow the Budweiser thread a bit longer…

You know, it’s risky to pursue a single subject here for too long. These week-long digressions inevitably lead to a certain package-design-blog “consumer confusion.”

Someone tuning in midweek might understandably get the impression that box vox was more about contemporary art & Budweiser beer, than, say, package design. I know of at least one person who visited this site in February of 2010 and concluded that box vox was a blog all about egg-shaped stuff.

Probably it would be safer to adhere to a steady diet of brand & design-related sound-bites, but maybe I am not as risk averse as I thought…

Meanwhile: why has Budweiser been the pervasive choice for so many artists? Because the ubiquitous brand becomes the generic, default choice.

The photos the cigarette pack & beer bottle above relate both to brand extension and to this idea of brand prominence as a generic, default choice… as suggested in Budweiser’s 2005 trademark tagline, “This is Budweiser. This is beer.” (Now abandoned)

Then last week, I happened to find these pictures of some promotional “Budweiser cigarettes” on Worthpoint. I would have preferred a full-color red, white & blue pack in the classic 1886 style, rather than the 1896 Anheuser-Busch “Eagle” or the 1960 “Budweiser Bowtie.” More of an advertising promotion that a full-on brand extension, but still… close enough. 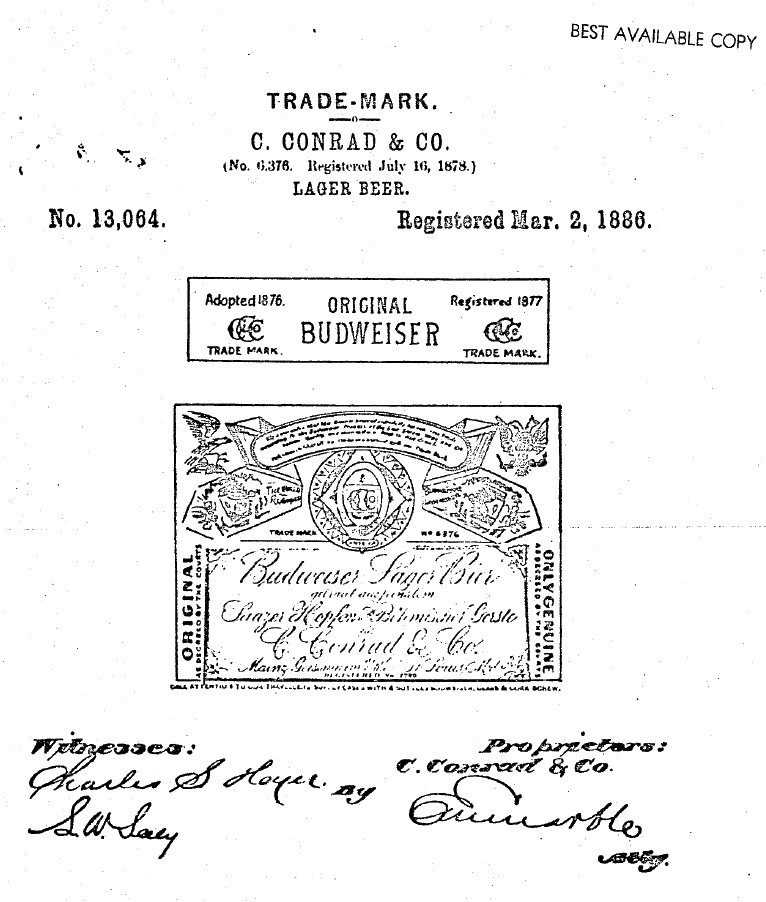 (More Budweiser tobacco, after the fold…)

Not an Anheuser-Busch product, this cut-plug tobacco tin was made by the Lovell & Buffington Tobacco Company in the early 1900s. I’m guessing this product did not figure into the 1907 “Budweiser trademark dispute” between competing Budweiser beer companies.

« This Piece Has No Title Yet
Florida’s Natural: Droste Effect Package Design »