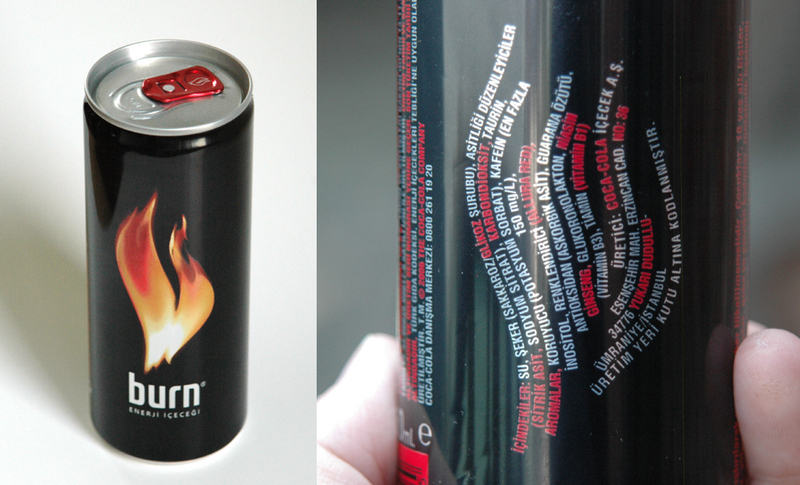 Burn Energy Drink from Coca Cola has been around for a while, but is not generally available in the U.S. This is the version that’s sold in Turkey. I was surprised by the playful type treatment for the ingredients on the back. (Here in The States, the U.S. Food and Drug Administration does not permit this sort of incendiary type treatment for ingredients!)

Just learned that the design is by Ergo ID. (Thanks Rob!)

(See two other novel burn packs after the jump…)

According to the Coca Cola web site, the energy drink is pineapple favored, although the person who drank my can of Turkish “burn” says it tasted like Red Bull.

The aluminum bottle on the left was made by Boxal and won the 2007 Starpack award for Best Creative Pack Using Metal. (The flame graphics glow in the dark.)

The new resealable can (below) is made by Ball Packaging for Coca Cola France and came out this past March 2008. 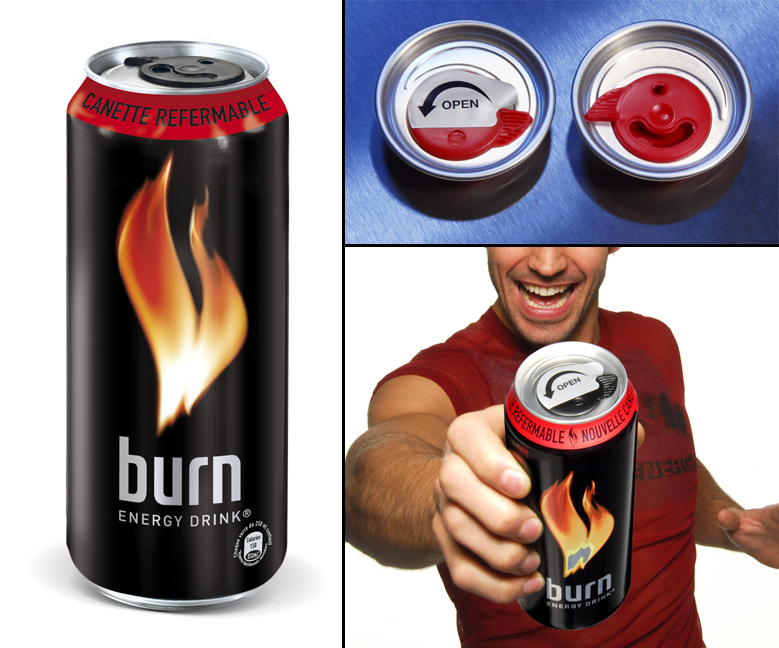