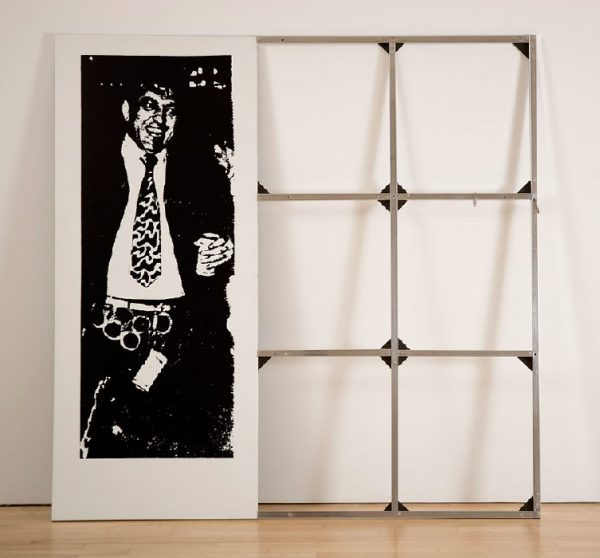 I saw this photo of Cady Noland‘s 1989 sculpture “Clip-On Man” today, for the first time. It was in 2012 when we last researched her artwork — the 1989 installation of stacked Budweiser beer six-packs, entitled: This Piece Has No Title Yet.

I’d seen other artworks by Noland with appropriated photos silk-screened onto panels, but this photo seemed different. She had sometimes incorporated news photos of Lee Harvey Oswald or Patricia Hearst. This guy, appears to have gone out on the town with a six pack of beers looped onto his belt. We see him holding the second-to-the-last can in his hand. He’s wearing a wild-looking tie and a somewhat demonic smile.

… but the real highlight was Cady Noland’s Clip On Man, conceived in collaboration with curator and critic Bob Nickas. Noland has attracted attention lately with sculptural combines that bring together “road-warrior” detritus — car parts, empty Budweiser cans, beat-up license plates — with subtly menacing artifacts suggesting bureaucratic institutions that have spun out of control; night sticks, handcuffs and hospital paraphernalia are all part of her repertoire.

In Clip On Man, a silkscreen image on aluminum of a besotted inbred, with the remainder of a six-pack of beer hanging off his belt, is mounted on a flimsy structure of metal railing and chain.

But where did Noland find the photo? And who is this “besotted inbred” ? 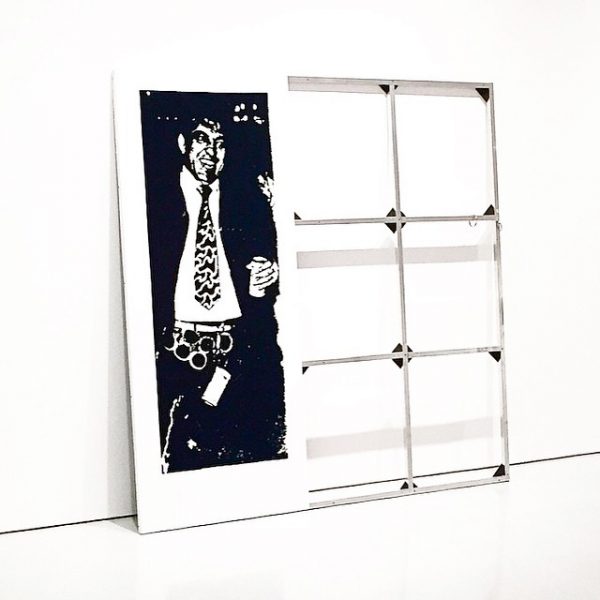 Asked and answered, after the fold.

The original source photo was by Charles Gatewood.

I found the clue to Gatewood on the Bard College Center for Curatorial Studies website. They hold the Colin de Land, American Fine Arts, Co., and Pat Hearn Gallery Archives. And, although I could not read it online, their “finding aid” shows that Noland once corresponded with Gatewood about a copyright issue.

While I don’t have access to box #14, folder #828, this seems to suggest that Noland did not merely appropriate the photo. Instead, I’m guessing that she must have obtained permission from Gatewood to use his photograph in this way. 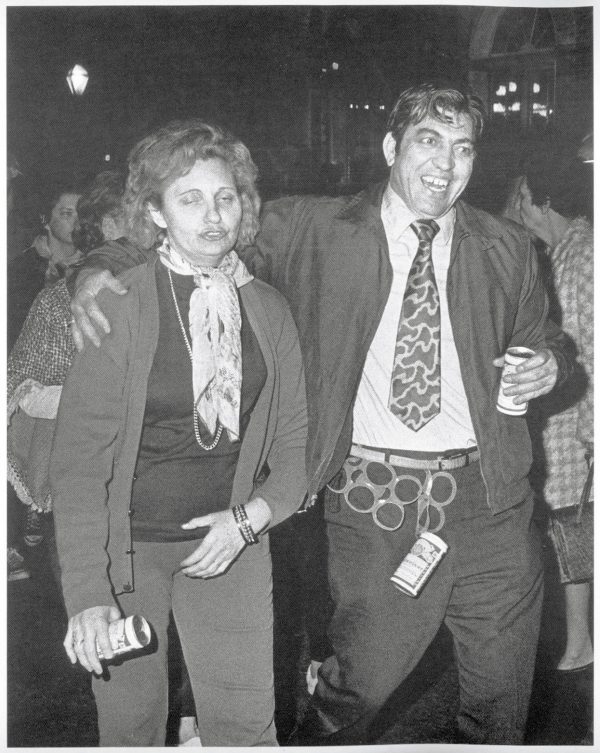 I started working on this book in 1966… I decided to do a photography book that would show all the madness and ask the basic question “Who is really crazy here?” I’ve got straight mainstream types, like here’s a business man and his wife drunk at Mardi Gras, just regular folks [the “regular folks” stagger inanely, the man has the plastic rings of a Budweiser six-pack looped through his belt support, the woman plows into him with an unnatural looking motion, both have the expression and appearance of rural serial murderers].

In Gatewood’s photo, we can clearly see that the beer is indeed Budweiser brand. (The same brand that Noland has featured in many of her other works.) Noland cropped out the woman, preferring to focus in on the man with his clipped-on pack of beer.

On closer inspection of the photo, I count more than 6 rings. He must have, therefore, taken two six packs of Bud (or an 8-pack?) to Mardi Gras.

He may look a bit deranged, but by re-purposing the “ring carrier” packaging of his beer, the man is showing us something. Something akin to what Noland, herself, has called “throwaway inventiveness.”

The way I put my work together is a type of inventiveness that is almost the kind of hostile throwaway you encounter often in horror films. In Texas Chainsaw Massacre, those people who do meatpacking in some backwater ingrown town, they murder, slaughter and butcher people the way they would animals. They take the body of a person and whack him onto a meat hook on the wall, and somebody else they fold into a square and smash him into a freezer. It’s an extreme case of treating people like objects, and it has this throwaway inventiveness.

A similar “throwaway inventiveness” can be seen with children using juice box flaps as handles, although they generally don’t look as crazed when doing so as Clip-on Man. 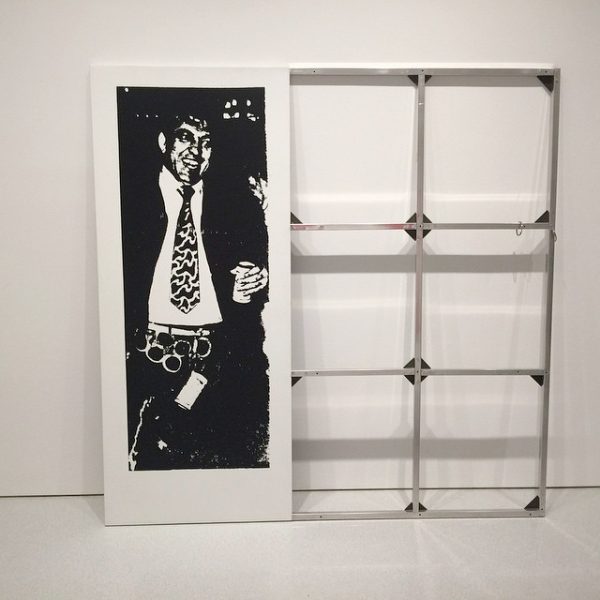 This is not the first time we’ve provided the answer to a question that no one was asking.

For more of such answers, see: All the Young Dudes Album Cover: illustrated in 1917, We identify all 5 kitchen debate packs, Substantially Square Cigarettes and Maverick as Marlboro.