If Felix Klein’s paradoxical one-sided surface is represented as a bottle only because of a German homophonic pun, it’s fitting that artists and other creative types should further confuse things by associating this bottle with other people named Klein.

Uffe Holm’s 2008 sculpture entitled, “A Unisex Fragrance On A One-Sided Surface” is a Klein bottle with ck one perfume from Calvin Klein:

The Klein bottle is a spatial impossibility, if we lived in a non-Euclidean space, but this version is a model, a piece of scientific glassblowing, which purpose is to illustrate a three-dimensional Möbius band. In an unreal world this plane isn’t supposed to contain anything, but in reality it works fine as a flacon for the perfume ck one, the unisex fragrance from the 90s.

The two elements are tied together by the surname of their originator, Felix and Calvin respectively, but they both imply the possibility of illustrating something that does not unite in practical reality. Outer is inner and the sexes are merged.

(After the manifold: Klein Beer…)

In our earliest post about Klein bottles we had included a video clip of Futurama’s Klein-bottled “Klein’s Beer.” That video has since been removed, so here is a still from that episode alongside a genuine Klein Bier logo. Klein Bier is a German beer, apparently brewed in Brazil. I’m not sure whether or not a Klein founded this brewery. Klein also means “small” in German so the name might possibly be based on the popularity of ordering “ein klein bier.” 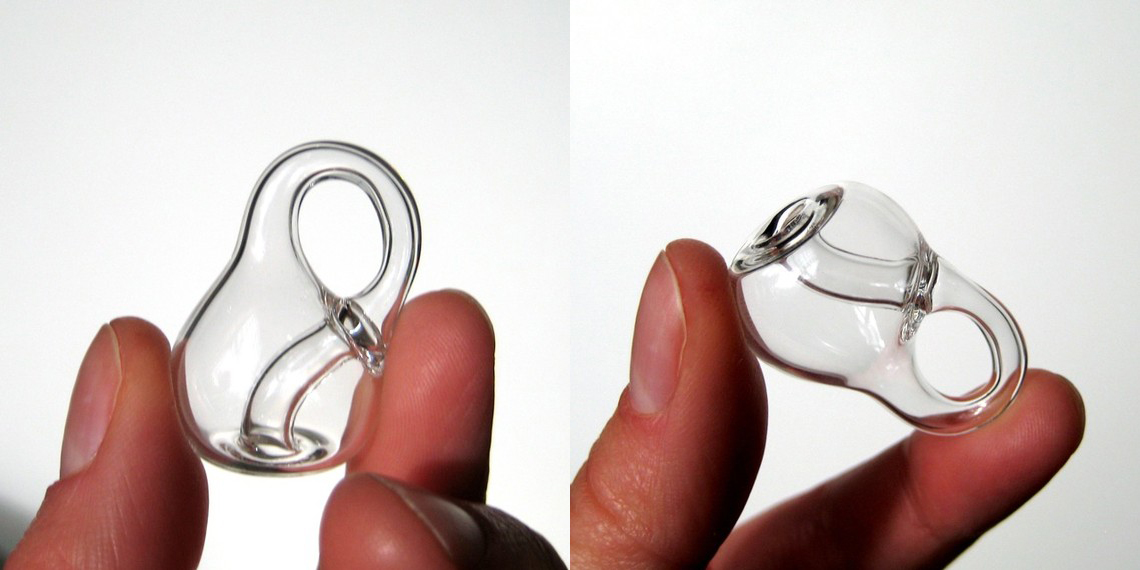