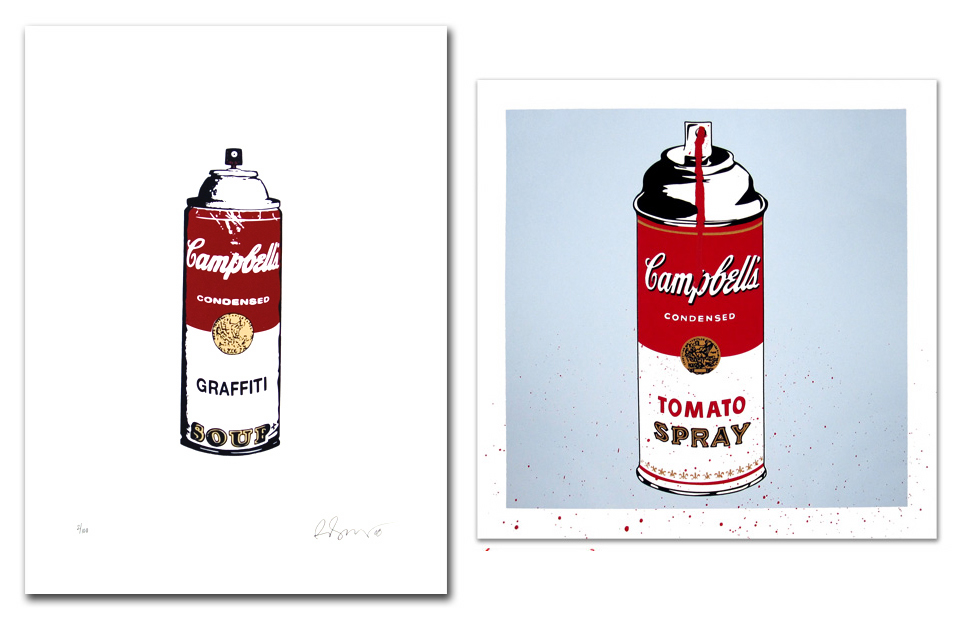 On left: “Campbell’s Graffiti Soup” by Rene Gagnon; on right: Mr. Brainwash’s “Tomato Spray.” Two different artists with a financial stake in the same concept. Both silkscreen prints. Both sold-out editions of 100.

To the extent that graffiti (and art, in general) has certain competitive goals in common with product branding—(getting the name out there, claiming territory, defending reputation)—it should come as no big surprise that graffiti artists would think of referencing consumer packaged goods.

While it’s nice to think that parallel ideas might signify some broader cultural shift, in situations where there is a potential for "consumer confusion"—as with consumer brands—this can be considered trademark infringement.

Massachusetts-based Rene Gagnon and Los-Angeles-based Frenchman, Thierry Guetta (aka "Mr. Brainwash") are both graffiti-style artists, whose works have frequently alluded to Andy Warhol’s work. Among their many Warhol-based concepts, they each have done many, many artworks using this Campbells-Soup/Spray-Paint-Can idea. Naturally there has been controversy about who’s ripping off whom. (See: Bansky Forum) For the record, it appears that Rene Gagnon got there first in 2006.

Sure, “great minds think alike” and maybe the controversy has helped both artists garner more attention —(and therefore sell more art). But confusing, it certainly is. 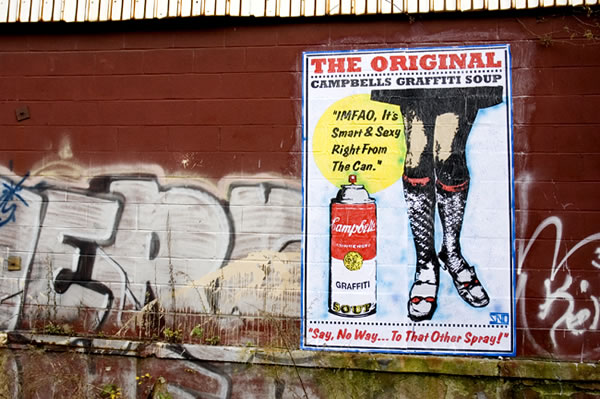 Rene Gagnon’s poster, above, confronts his competitor directly by ironically claiming “The Original” as his product benefit. (Layout is based on the same Campbell’s Soup “Can Bag” promotion that we featured: here) 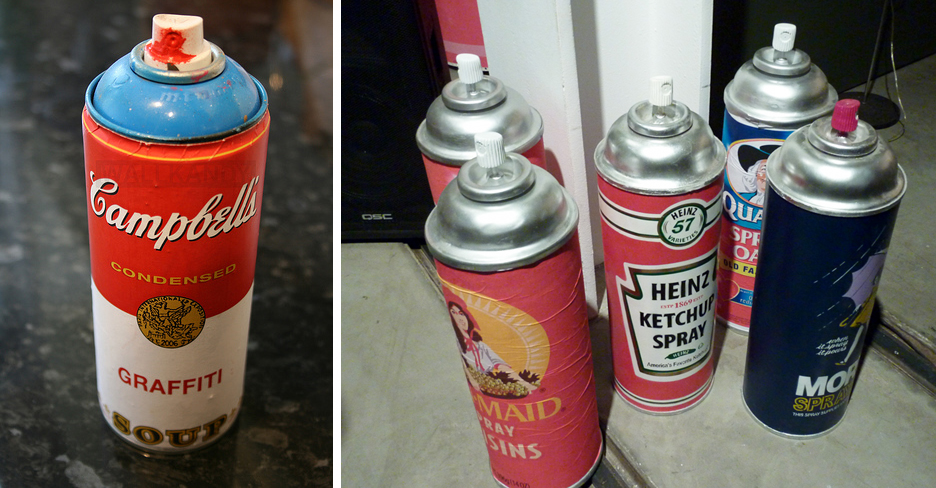 On left: a sculptural version on Gagnon’s Graffiti Soup. (Photo via: yo momma, it’s bp) On right—(via: Rich Drogpa’s Flickr Photostream)—other brands of CPG-spray-paint by Mr. Brainwash, suggesting a possible way out of the Campbell’s spray-can stalemate?