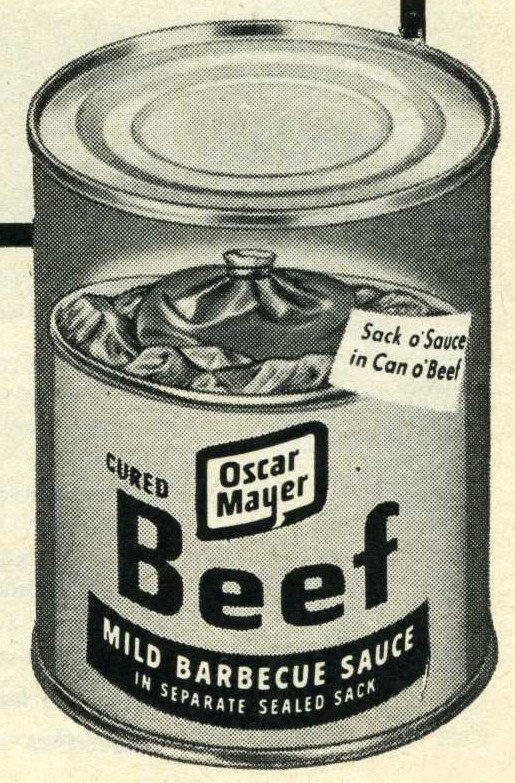 Another “Sack O’Sauce” can, but this image caught my interest because of the Droste-like self-referencing. (via: Small Works in Wool)

Does this represent the product’s actual label design? Or was it a clever shorthand image from some grocery store circular to simultaneously communicate the product in its opened and closed states. (A sort of Shrödinger’s can paradox.)

The thing is: the label’s design is really only effective from a very limited point of view. From a certain perspective (centered, 3/4 view from above) it’s as if we’re peering into a can which contains a shorter opened version of itself, and which, in turn, contains a bag of sauce. Seen from the side or from a lower perspective, of course, this illusion would be lost.

The idea of actually finding a can within a can, however, is apparently not so farfetched…