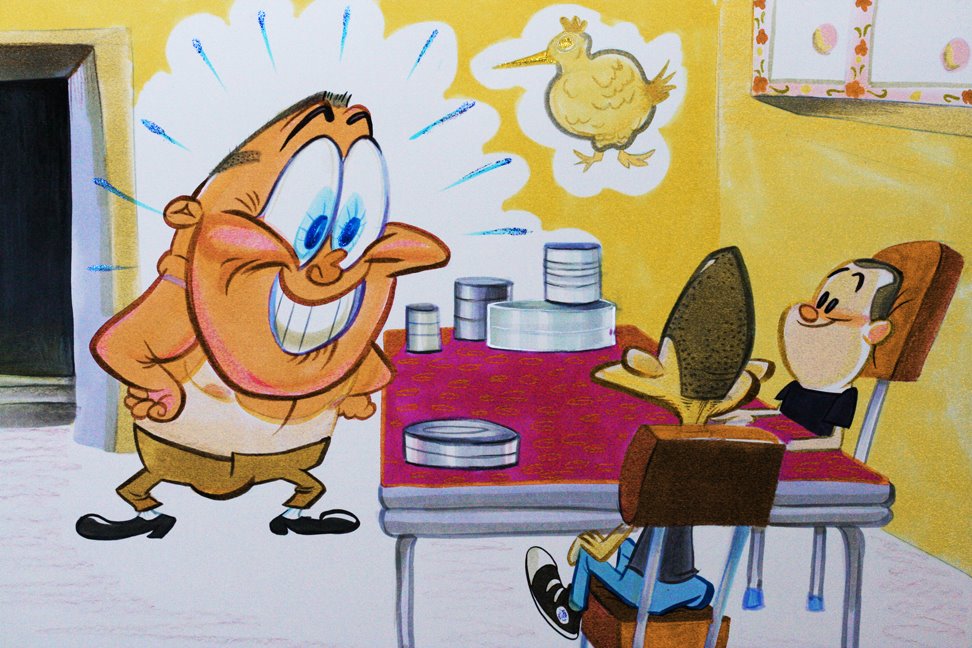 Animator/cartoonist, John Kricfalusi tells an interesting autobiographical story about his dad’s motivation to buy all the “cans without labels” from their supermarket. His “George Liquor” character (above) plays the thrifty father figure. Below, John K tells the story in his own words.

My Dad used to buy cans without labels because they were cheap. 5 and 10 cents…. He had 2 long shelves downstairs filled with them. He thought he knew how to tell what was inside. He had it down to a science. He would show us a can and start deducing.

He’d shake it and listen to its contents. He’d add up all the clues.

“Yep! This is extra meaty Campbell’s beef stew! Now here’s the rule…. No matter what’s in the can, once we open it… we have to eat whatever’s in it…”

It’s telling that, in order to “pitch” his project, Kricfalusi relies both on his skills as a raconteur as well as a cartoonist. Naturally, I dig the packaging-based story line (dramatically highlighting the importance of labels!) I also like the Ren & Stimpy-ish glee that Kricfalusi shows in George Liquor’s face as he demonstrates his deeply flawed method of sussing out the contents of the unlabeled cans.

(More “Cans Without Labels” artwork from John K., after the fold…) 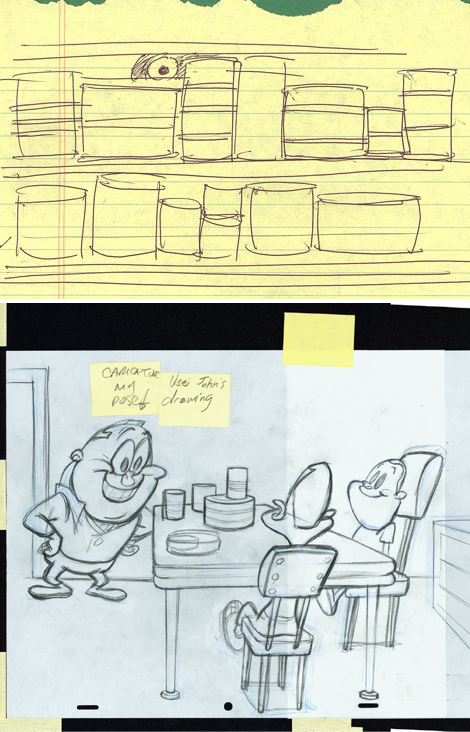 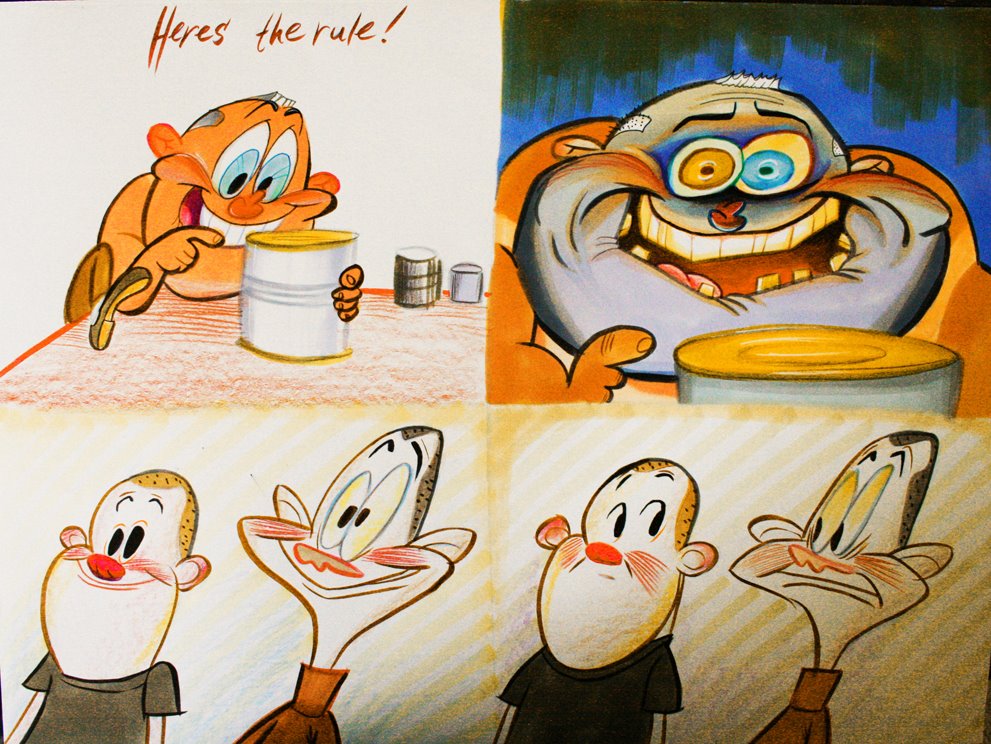 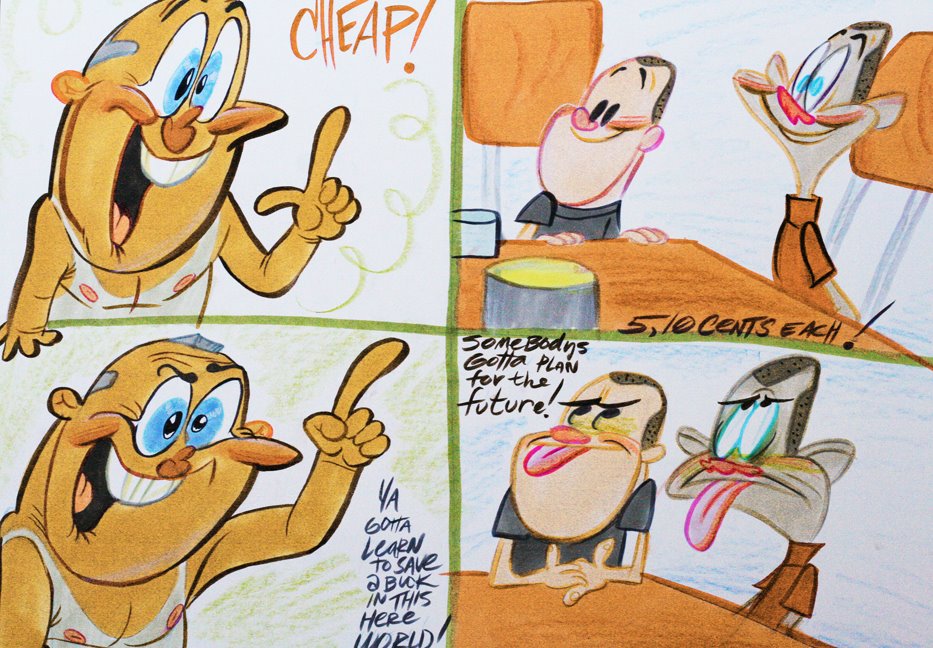