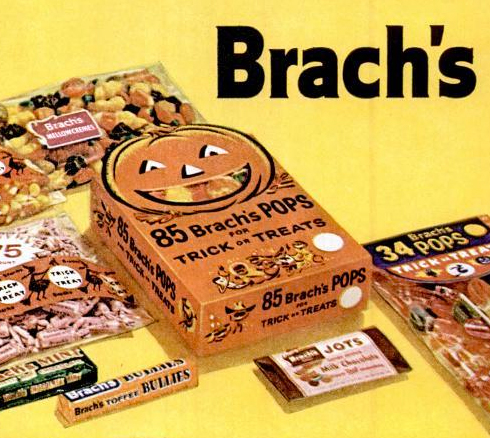 From an ad appearing in 1959, an interesting package designed to hold 85 lollipops, some of which are visible through the mouth shaped window of the jack-o-lantern illustration at the top. 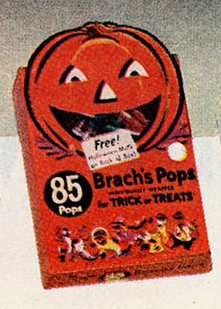 Similar to other candy packaging with mouth-shaped windows, that we’ve noted in the past, this view of lollipops through an open mouth can be interpreted a couple different ways.

Does the pumpkin have multi-colored teeth or is it chewing with its mouth open? Your call.

Can’t find any photos of surviving examples of this package, but it appeared in more than one of Brach’s ads. (The inset on right is from CollectingCandy.com)

(See the 1959 ad in its entirety, after the fold…) END_OF_DOCUMENT_TOKEN_TO_BE_REPLACED 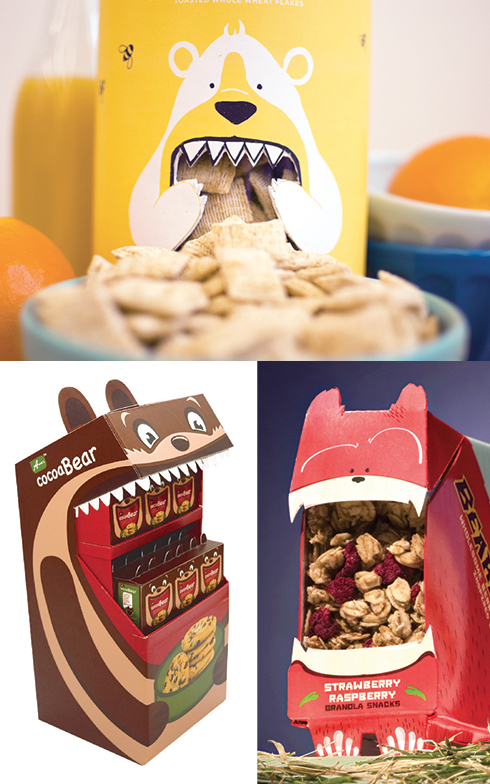 It’s as if Goldilocks were a package designer, hunting for that “just right” packaging concept.

We’ve looked into other open-mouth windows in food packaging… Today we have three examples, each featuring the gaping jaws of a bear.

(Each of our three bears is identified, after the fold…) END_OF_DOCUMENT_TOKEN_TO_BE_REPLACED 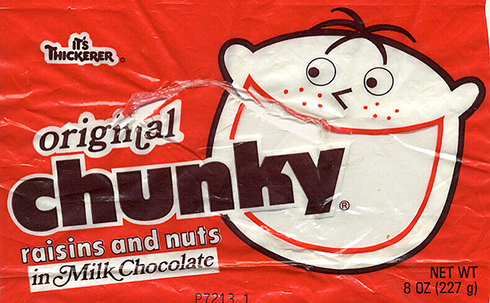 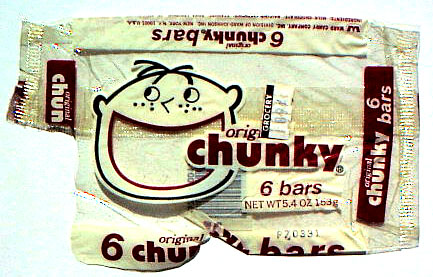 They are both from illustrator and author, Dan Goodsell’s extensive collection of vintage packaging.

When these bags were full, the consumer would have been able to see a mouthful of wrapped trapezoidal chocolate bars.

Sometimes an open mouth was also used to contain the Chunky logo. 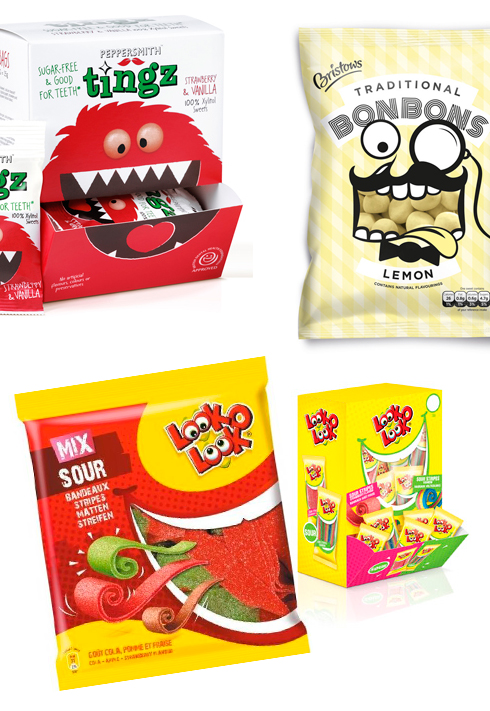 We’ve noted quite a few packages designed with mouth-shaped windows over the past few years. So many, that I eventually added “mouth shaped” to box vox’s list of eccentric categories.

Here now are three more examples: candy packaging with windows (or dispensers) that are shaped like open mouths.

(Details about all three, after the fold…) END_OF_DOCUMENT_TOKEN_TO_BE_REPLACED 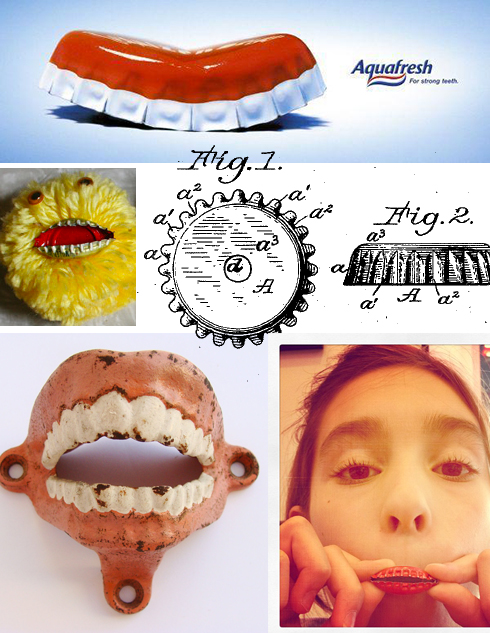 The crown cork was patented by William Painter (inventor) on February 2, 1892 (U.S. Patent 468,258). It had 24 teeth and a cork seal with a paper backing to prevent contact between the contents and the metal cap. The current version has 21 teeth. To open these bottles, a bottle opener is generally used.

from Wikipedia’s entry on bottle cap

Bottle caps have teeth in the same way the gears have teeth, but some have made bottle caps into representations of teeth.

And although bottle openers are “generally” used, opening a bottle with ones teeth is an alternative method that some beverage consumers have been known to resort to. This caprice may seem tough and improvisational at the time, but occasionally results in broken teeth.

The dental remedy for a broken tooth? Another kind of cap, also called “crown.”