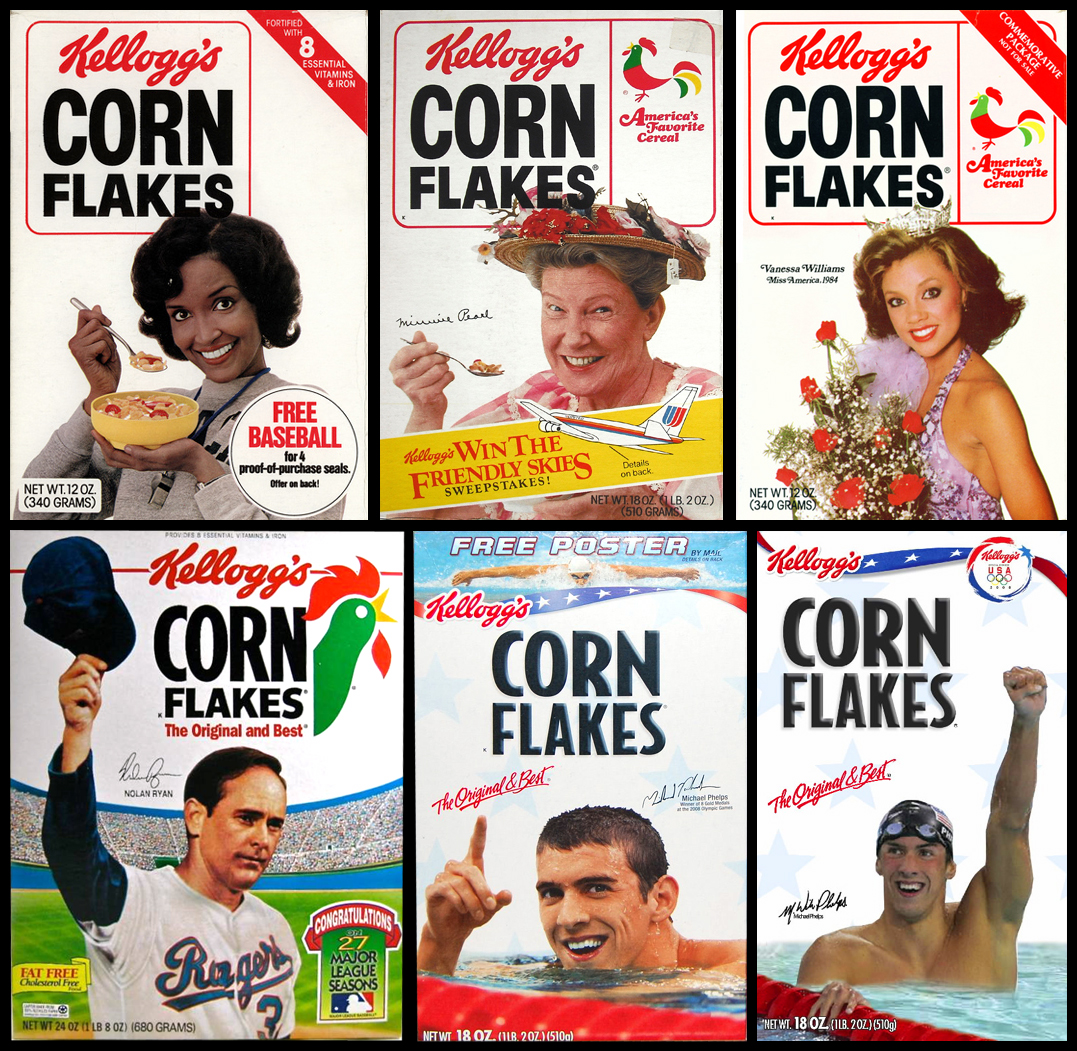 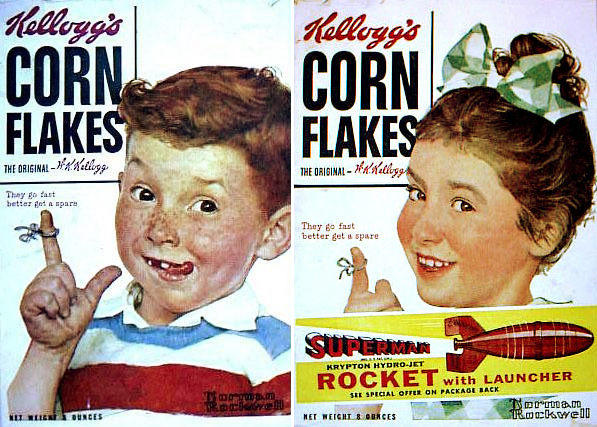 It may have started out with cute Norman Rockwell illustrations of anonymous kids, but eventually the front of the Kellogg’s Corn Flakes box became a place to see celebrities. Many of these celebrities are athletes, but, unlike the Wheaties box, it is not necessarily a requirement.

There was a time when someone seeking fame might have aspired to appear in some media other than packaging—say, in print or on television. Today, an equally prevalent “dream” is to appear on a cereal box.

To qualify for this sort of breakfast-exposure endorsement deal, you must first generate some seriously positive buzz. Any hint negative publicity (e.g.: sex and drugs) will most likey result in your celebrity packages being unceremoniously pulled from their shelves. (As happened to Vanessa Williams in 1984 and more recently to Michael Phelps)

If you can avoid those pitfalls, the cereal box experience is reportedly worthwhile…

“This is the box that’s designed for heroes and champions, so to have your face on a Kellogg’s Corn Flakes box is unbelievable.”

“…having my picture on the Kellogg’s Corn Flakes box is a thrill I will never forget,” said Yelas. “Being able to represent fishing to all of America, every morning is the ultimate compliment for an angler and I thank Kellogg for giving me this opportunity. I just hope my family is able to handle seeing my smiling face every morning at the breakfast table!”

“I did a couple of print ads for Kelloggs. They called me one day and asked if I’d be interested in doing a cereal box. I didn’t know how huge it was until after I did it. I’ve had a lot of fun with it. No matter what you do, it’s always interesting to say you know someone who’s been on a cereal box.”

And if you have any doubts that having one’s face on a cereal box has risen to the level of a true cultural aspiration, maybe this will convince you… 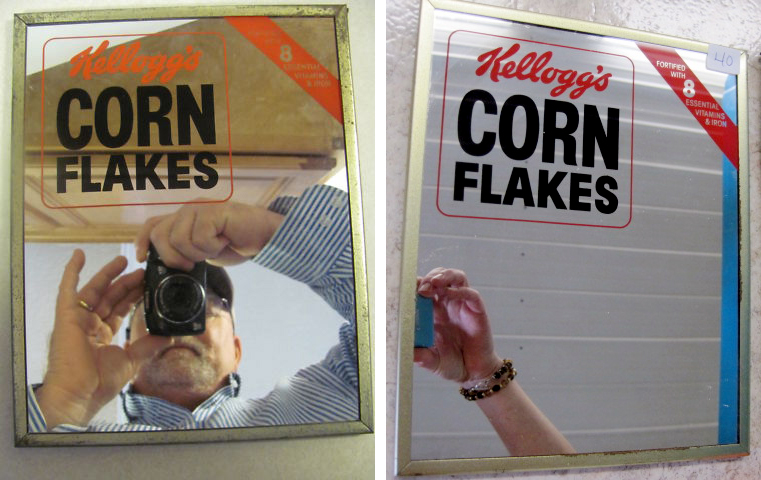