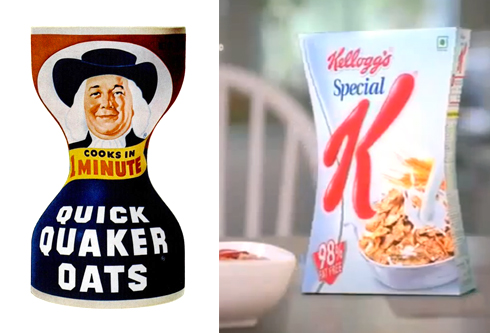 In the broad category of packages, reshaped to remind us of our waistlines, cereal boxes figure prominently.

The hourglass-shaped Quaker Oats box above, is from a 1967 ad with the headline, “Waist not, want not.”

The Special K box is from the television commercial below.

Special K is an interesting case. So much of their early advertising, with measuring tape around the waistlines of their cereal boxes, positioned their cereal as a diet product. Lately they’ve back pedaled a bit on the negative body image thing, offering numberless tape measures with more uplifting demarcations like “sassy” and “strong.” (See also: Writing on Packages) 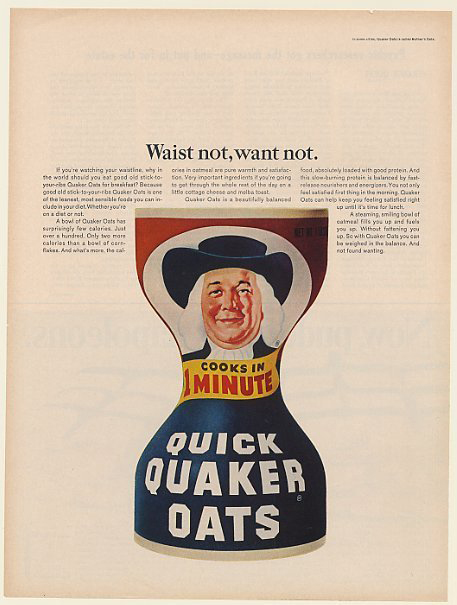 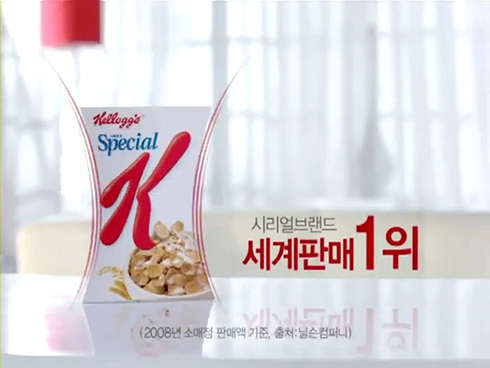 Special K’s idea —making their box an anthropomorphic proxy for the aspiring dieter— has had a clear influence on the whole product category.

In the commercial above, the metaphor is less shapely, simply using the wide and narrow panels of their package as “before and after” pictures.

In the more recent Leo Burnett commercial “The Box,” the brand retains its tape measure motif, but the box is made polymorphous, suggesting a number of equally acceptable alternative body forms.

Of course, there are some cereal boxes in which an hourglass is not a metaphor the female figure at all… 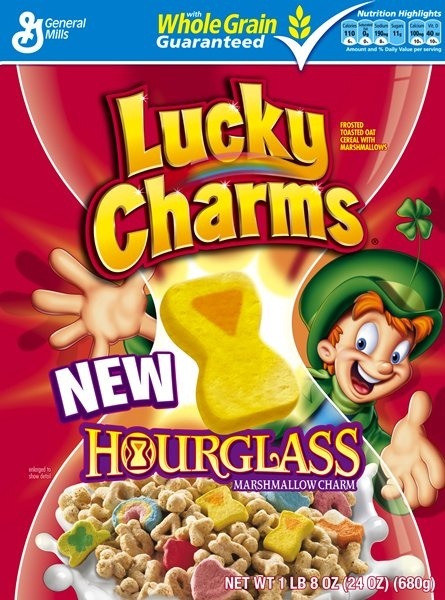