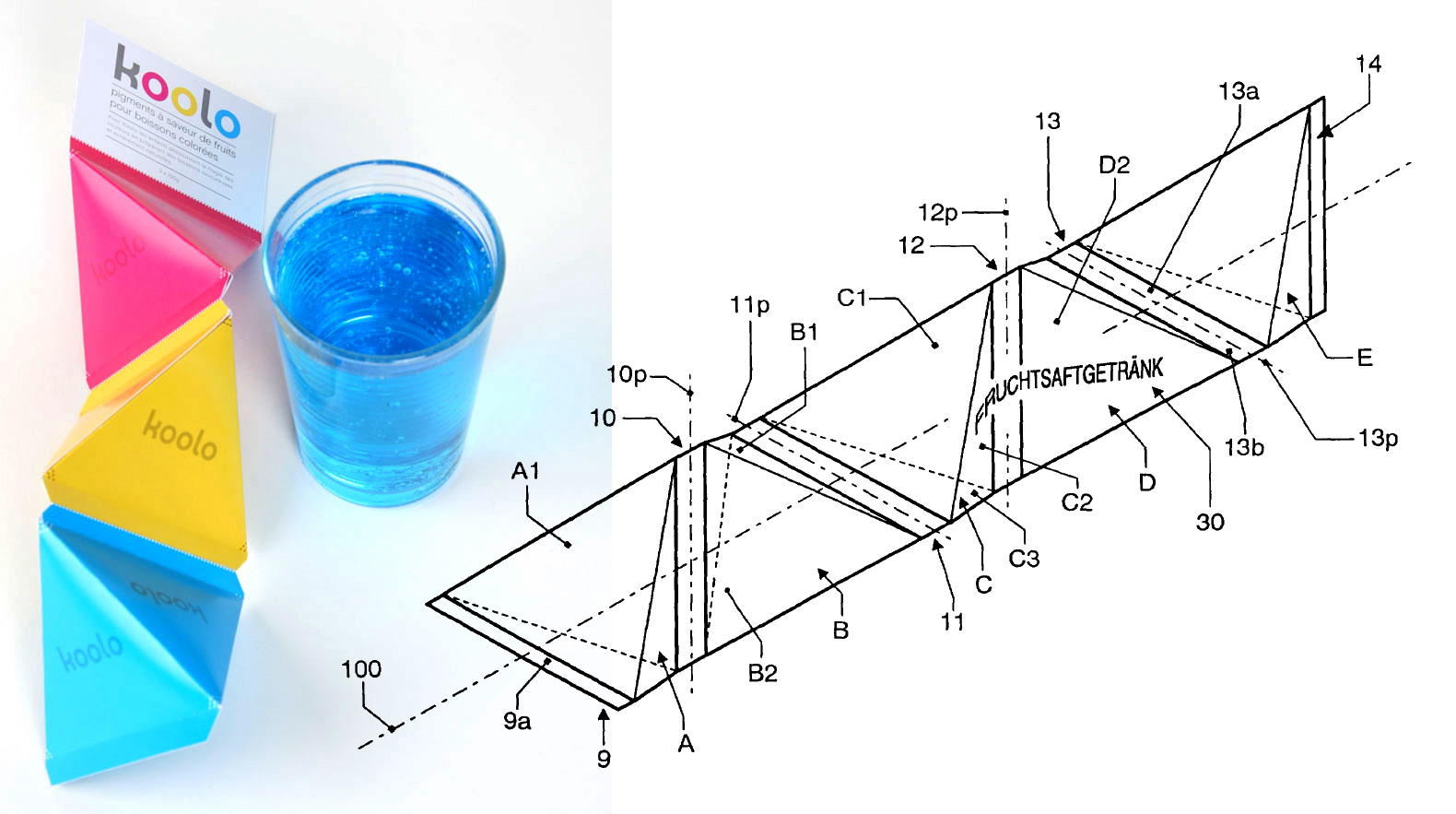 I saw Serge Rhéaume’s 3-pack powdered drink concept (above left) on Packaging|UQAM and my first thought was that it was another example of packaging in which individual portions are contained in connected polyhedral shapes. (See: Chained Polyhedral Portion Packs) 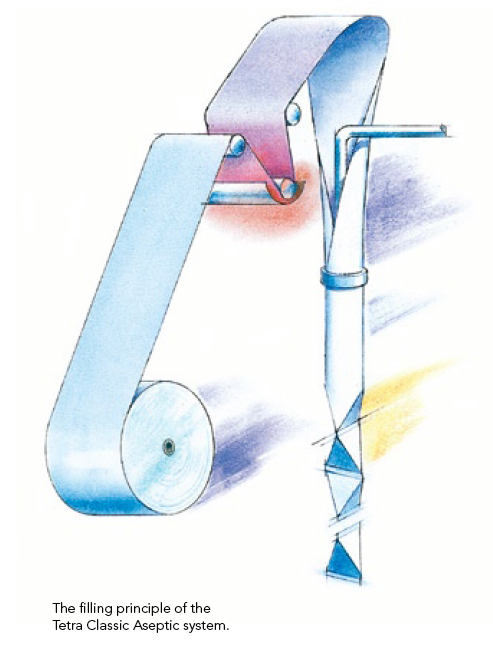 The inspiration for Tetra-Pak’s manufacturing process, reportedly came to Rausing while watching his wife making sausages. (Note: sausages are also available as manufactured — in a chain of connected individual portions.)

The idea of selling multipacks of connected tetrahedrons is a very good one, and Rhéaume is not the first to think of it.

The illustration above, right is from Wolfgang Jobmann’s 1999 European patent for a “Chain of Individual Packages”…

Packaging arrangement for soft drinks
A packaging arrangement consists of a series of five individual tetrahedral packs (A, B, C, D, E) each of which is linked to the neighboring pack by a flat strip (10, 11, 12, 13). The strip has a line of perforations by which individual packs may be removed from the group of five.