In the 1970s, soda bottles in Brazil were still being returned, refilled & resold. Asserting that “the container always carries with it an ideology,” artist, Cildo Meireles began “inserting” his own subversive messages into the cycle.

For the Coca-Cola Project Meireles removed Coca-Cola bottles from normal circulation and modified them by adding critical political statements, or instructions for turning the bottle into a Molotov cocktail*, before returning them to the circuit of exchange. On the bottles, such messages as ‘Yankees Go Home’ are followed by the work’s title and the artist’s statement of purpose: ‘To register informations and critical opinions on bottles and return them to circulation’. The Coca-Cola bottle is an everyday object of mass circulation; in 1970 in Brazil it was a symbol of US imperialism and it has become, globally, a symbol of capitalist consumerism. As the bottle progressively empties of dark brown liquid, the statement printed in white letters on a transparent label adhering to its side becomes increasingly invisible, only to reappear when the bottle is refilled for recirculation. 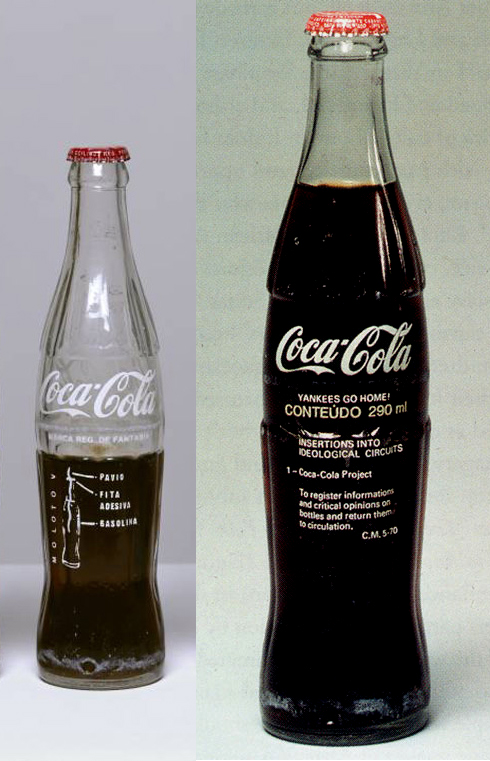 (Some money shots & more, after the fold…) 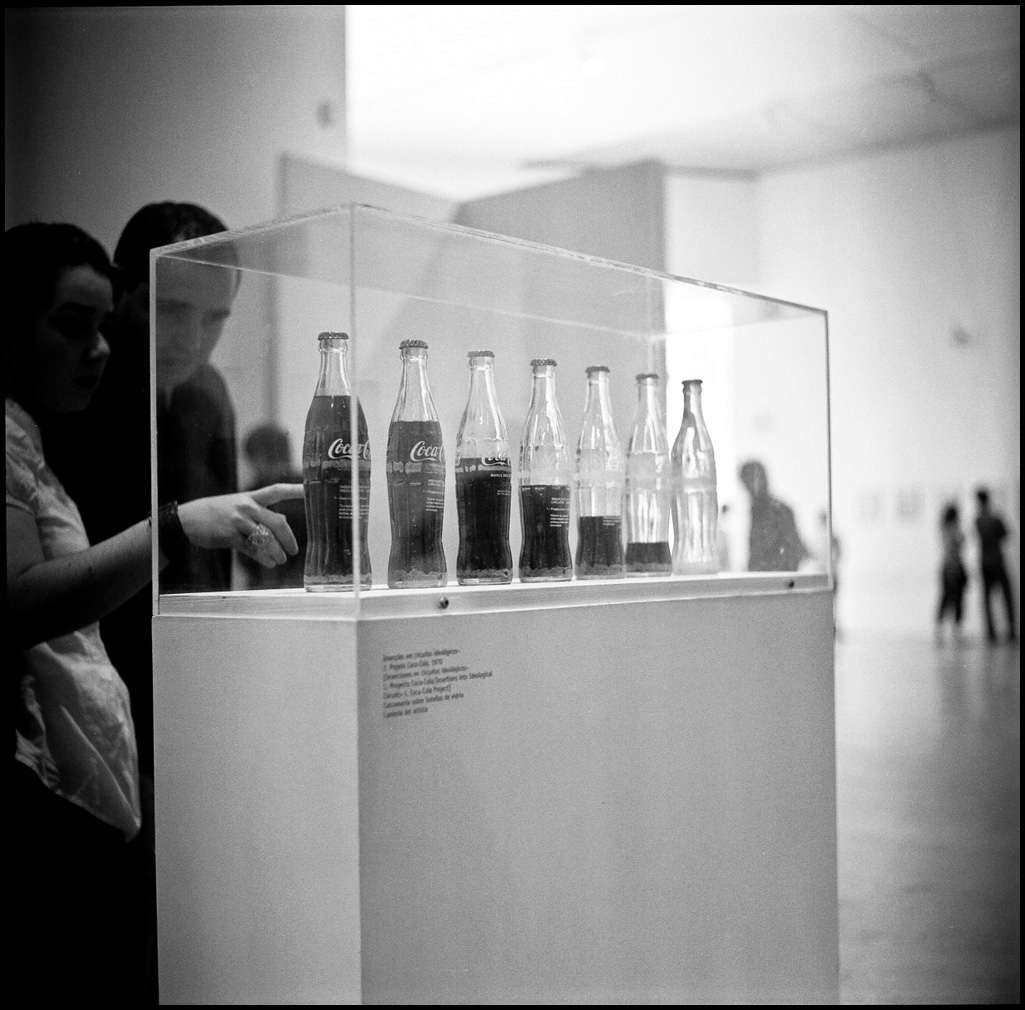 From Sirviñaco’s Flickr Photostream: a photo of “Insertions in Ideological Circuits” at the Tate

In another manifestation of the “Insertions in Ideological Circuits” project, Meireles rubber-stamped similarly politicized messages onto currency. Despite the “inserted” rhetoric, the inherent value of the bank notes kept them in circulation.

Currency and Coca-Cola also figured into some later works by Meireles, in which he created replica banknotes and coins—similar to Brazilian or US currency—only different. 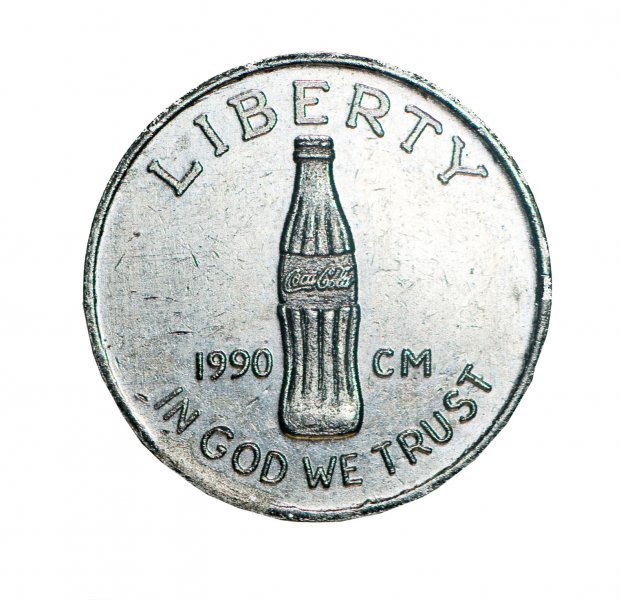 « Level Bottles
Looking Into the Mouth of Food Packaging »