Although the Han Dynasty urn on the left was originally fired sometime between 206 BC and 220 AD and the decorative “syrup urn” on the right was fired nearly 2000 years later, in the late 1800s or early 1900s, the two objects seem related, none-the-less.

1. The urn on the left is one of Ai Weiwei’s contemporary sculptures using appropriated ancient artifacts. 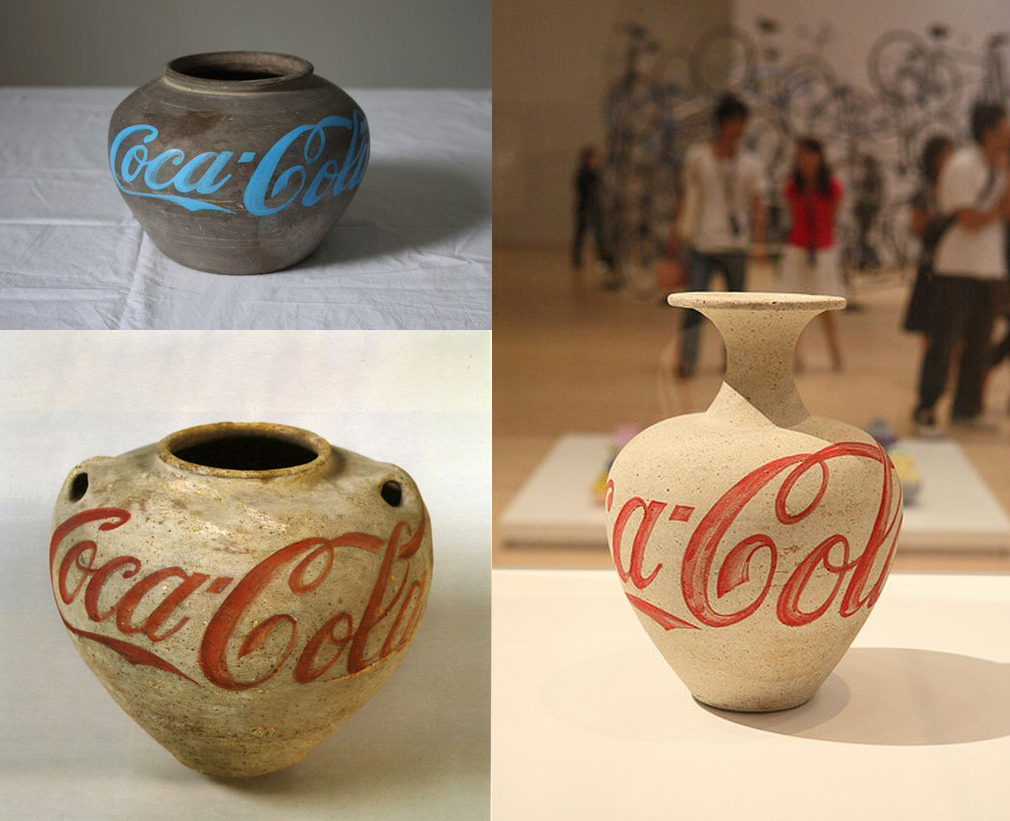 … Ai’s unprecedented use of Neolithic and Han dynasty vessels as “readymades” that the artist subjects to a variety of procedures. These include marking 2000-year-old clay urns with hand-painted inscriptions of the “Coca-Cola” logo, dipping them into vats of industrial paint, smashing them on the ground in performances for the camera, and grinding the vessels into powder. Writing in the exhibition’s catalog essay about Ai’s “gestural practice” of defacing and destroying of these ancient objects to transform them into works of contemporary art, Beijing-based critic Philip Tinari remarks that these works provide “the illusion of clarity alongside the persistent specter of ambiguity.” What appears at first “like the sublimation of an ancient object’s financial value and cultural worth into a different yet parallel carrier of updated value and worth” also serves as a “satire of the ruling regime’s approach to its patrimony, and of contemporary China’s curious relation to its past, a situation where destruction of historical artifacts happens almost daily.”

2. The second urn is one of the ceramic “syrup urns” made by the Wheeler Pottery Company for turn-of-the-century soda fountains. 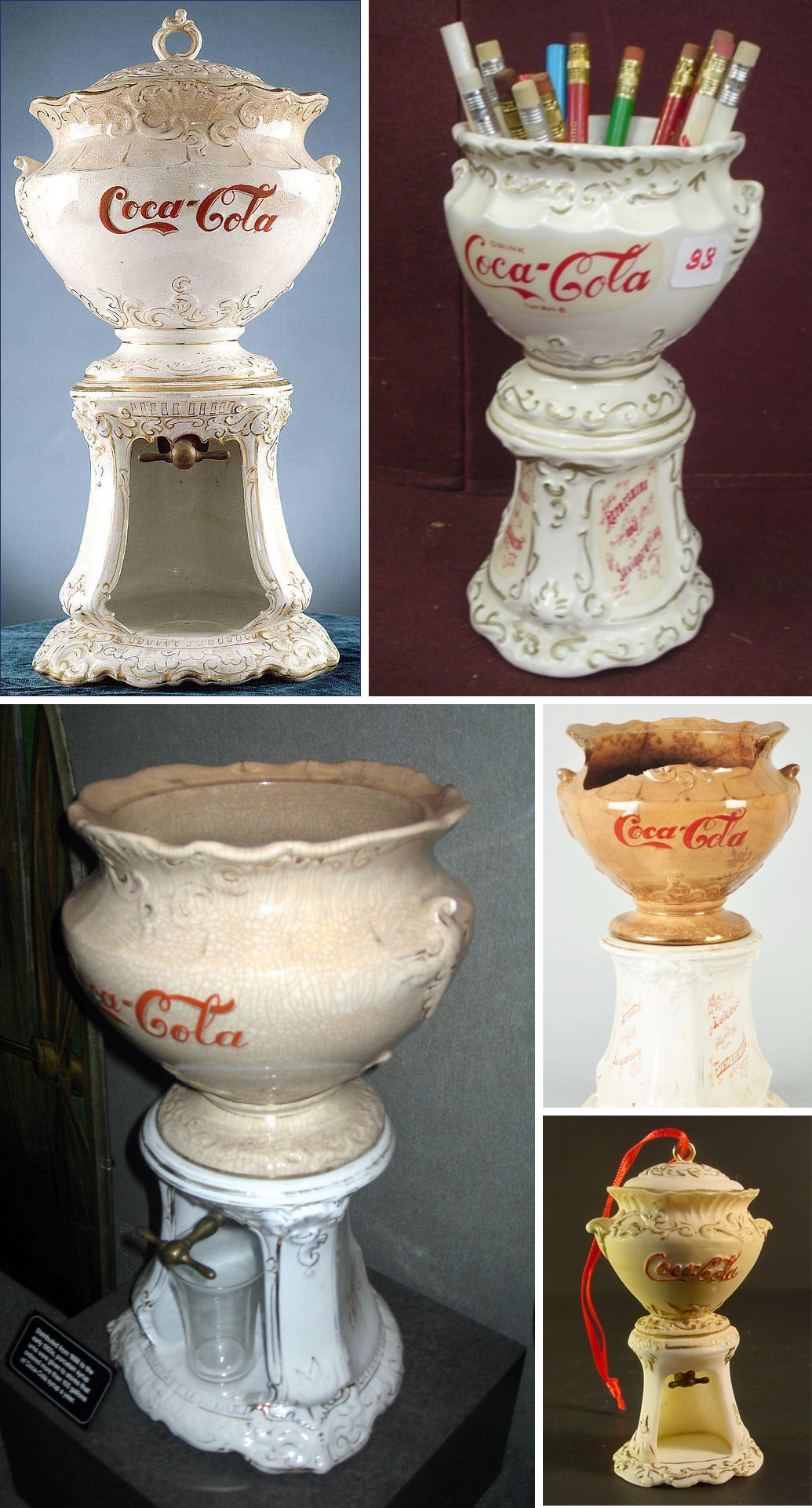 In 1896, The Coca-Cola Company embarked on a program of offering award premiums to the fountain operators selling our beverage.  Among the items offered as premiums were these porcelain dispensers, which, in essence, were not entirely dispensers as they are known today, but rather were promotional units designed for the point of sale.

The dispensers were made by the Wheeling Pottery Company, Wheeling, West Virginia.   These units dispensed the syrup by gravity flow through a faucet placed beneath the bowl.  They were an ornament for the soda fountain and were shaped and elaborately designed reflecting late Victorian motifs.

As with ancient Chinese pottery, some syrup urns are “authentic” and some are reproductions. In the 1950s Coca-Cola produced a commemorative “hard rubber” version. There are also smaller reproductions like the one holding pencils above and the 3 inch tall ornament on the lower right.