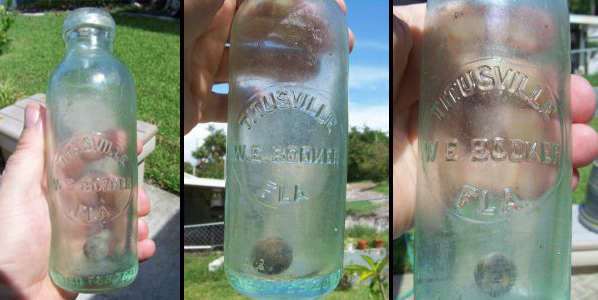 I guess it’s natural, when we encounter something we’re not familiar with, to assume that it’s something new. So it was with me, when my kids were very young and they wanted to get those Japanese Ramune soda bottles with the marble stoppers, that I had assumed that these bottles were a new new-fangled type of packaging from Japan. (An interactive packaging gimmick meant to appeal to kids.)

These photos from eBay of an antique bottle (dug up on the banks of the Indian River in Fort Pierce, Florida) made me realize, I had this all wrong. 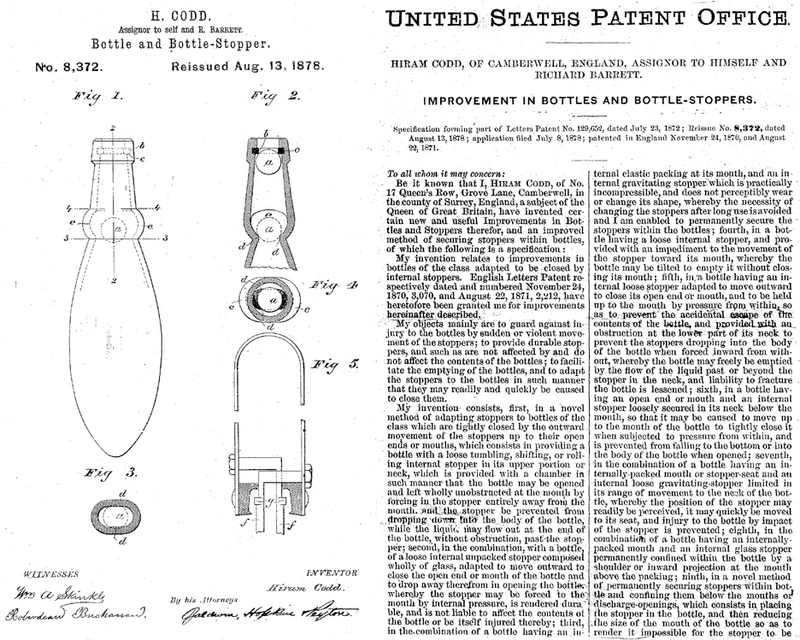 The “codd-neck bottle” bottle was actually invented and patented in 1872 by English mechanical engineer, Hiram Codd.

There were a number of patents by Codd and others involving bottles with integral ball stoppers. (See Bottlebook.com)

Codd-neck bottles with a glass “marble”—(and a special chamber to prevent the marble from blocking the neck when pouring)—became the standard.

Old Codd-neck bottles are fairly rare, in part because for over 100 years, children have been breaking them open to obtain the marbles. (To this day, people will go to great lengths to get at those marbles!) As a result bottle collectors must pay a bit more to obtain an antique bottle like the one found in Florida.

(More photos and codswallup, after the jump…) 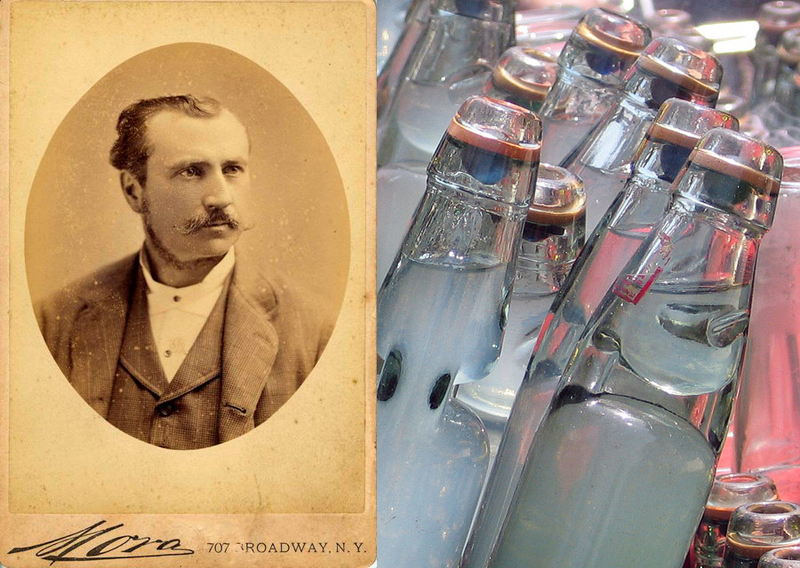 Another contemporary beverage that used the Codd-neck bottle design (in addition to the Japanese soft drink “Ramune,” mentioned above) is the the Indian drink “Banta.” Photo on right of Banta bottles is from Carol Mitchell’s Flickr Photostream; on left is a photo portrait of Hiram Codd from Wikipedia.

The British term “codswallop” (meaning “nonsense”) is believed to have originated from Hiram Codd’s bottles.

Though his Codd-neck bottle was a success in the fizzy drink industry, alcohol drinkers disparaged Codd’s invention, often saying it was only good for “wallop” (a slang term for beer in the late-19th century). The term soon became “Codd’s Wallop” and was eventually used for anything of low-quality or rubbish.