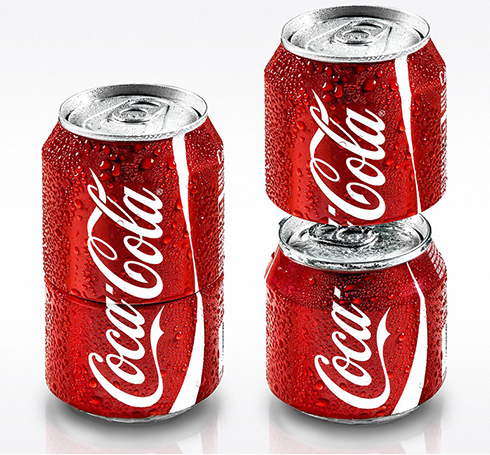 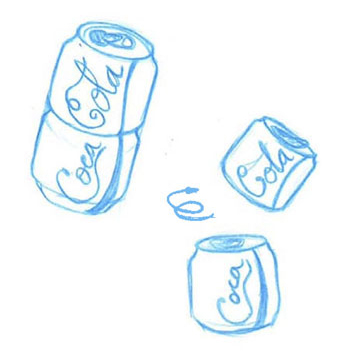 Ogilvy & Mather came up with a promotion for Coca-Cola based on the structural packaging idea of a divided soda can—actually 2 cans: a short stack of half sized beverage cans.

Although not originally proposed as a serious addition to their product line, the popularity of the YouTube video has apparently given the company a reason to consider it…

“Right now we’re trying to figure out how we can take something that is half the size of traditional sizes, and how we can make that work, and reassemble the parts in a way that doesn’t require manual labour and so on.

“We worked with a third-party producer — which we do typically with any of our innovations — some designers and package engineers and took it on a very small scale, just enough to get it out there and capture responses, as well as having a few cans to distribute to some of our technical people who are looking at it.”

(Video follows after the fold…)

Duality in beverage containers is not really a new idea, of course. We’ve featured other divided and interlocking designs for bottles and beverage cans. (See: Mated Container Units)

If Coca-Cola has tried to patent their Sharing Can, I can find no evidence of it. Patents for some similar “as if” concepts, however, appear below… 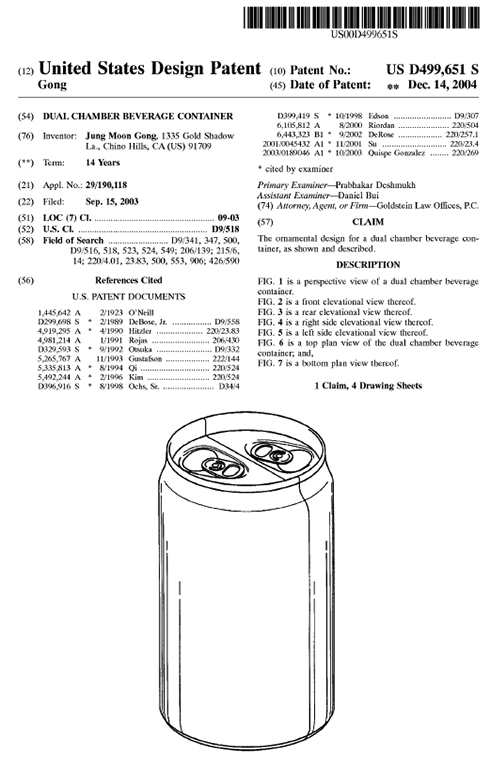 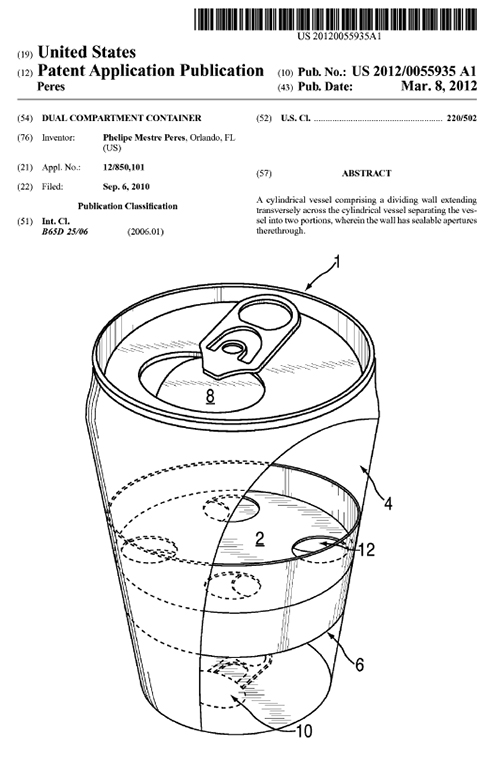 Phelipe Mestre Peres’s 2012 patent for a “Dual Compartment Container” has an opening at either end, but unlike the Coke Sharing Can, twisting does not separate the can into two separate hygienic containers. Quite the contrary: twisting Peres’s beverage can enables the contents in each of its compartments to be mixed together.