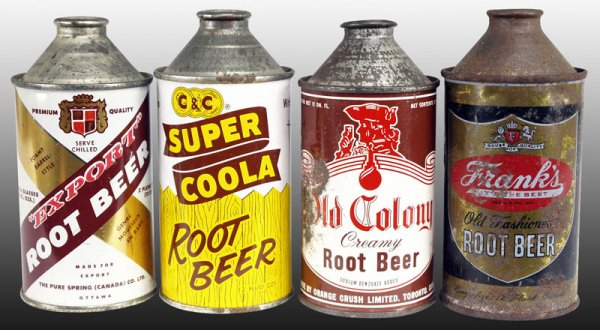 I know. Enough already with the retro root beer. But this time it’s not about the root beer, it’s about the cans. Cone top cans came out in 1935 and died out in the mid 1950s. And—(like most any type of packaging you can think of)—cone top cans have their devoted collectors. 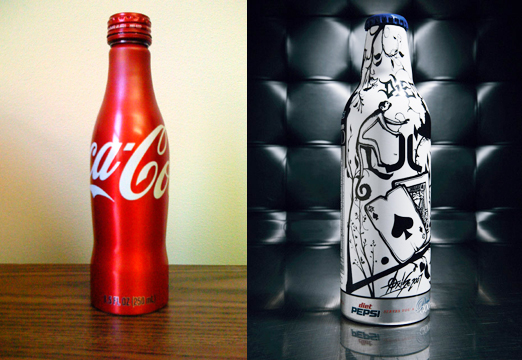 All the fuss about new aluminum cans for Coke and Mountain dew, etc.—“are they bottles or are they cans?”—would be déjà vu, if only we had known to remember about these earlier steampunk, metal bottles… 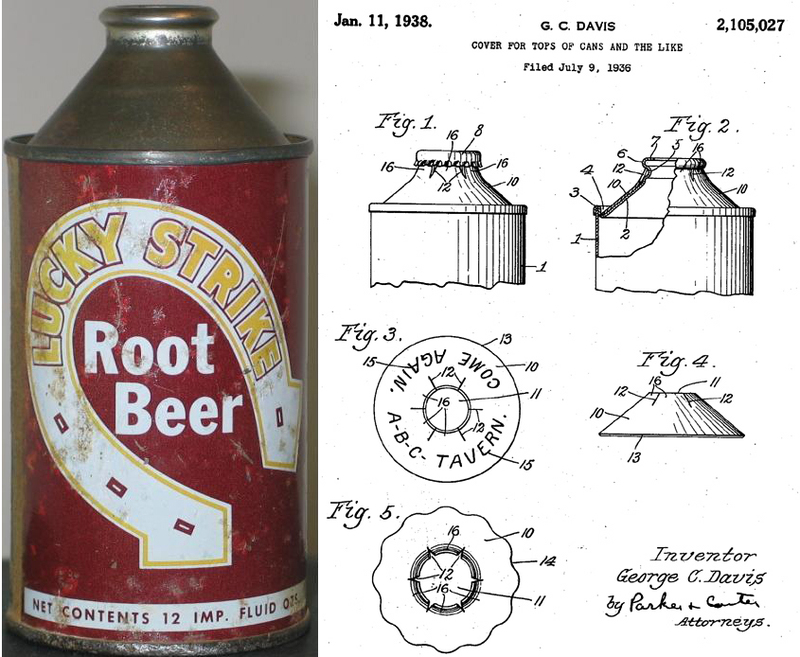 (More about cone top cans, after the jump…)

And it wasn’t just for root beer, that cone top cans were used. In addition to regular (non-root) beer, lots of soda came packaged this way. Pepsi did. Coca-Cola almost did. (They tried it out with a couple of prototypes, but these were never mass produced. Perhaps Coke figured they were onto a good thing with their shapely glass bottles.)

Recently, however Coca-Cola seems to be embracing their inner “canbiguity” with a series of can/bottles that, 70 years later, come pretty close to the cone-top can thing… 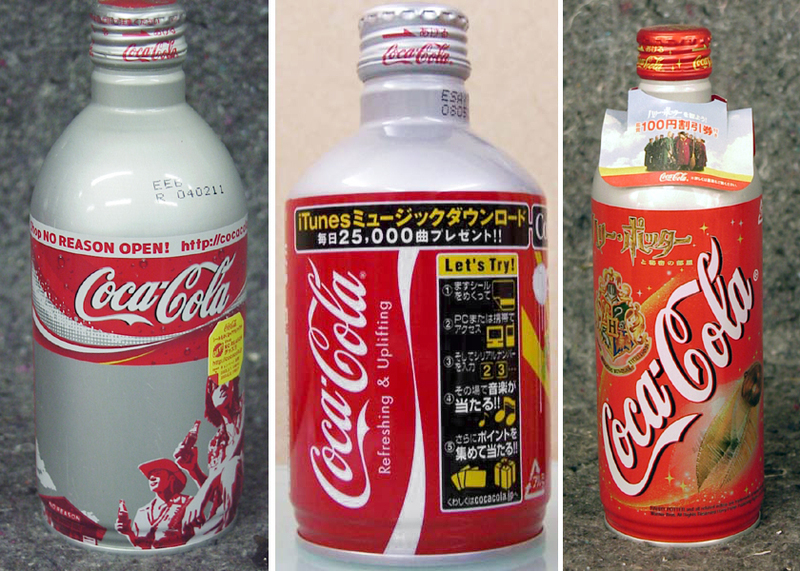 One early soda company that I was previously unaware of, is “Bottoms Up” with an upside-down logo. Their red and white stripes made me realize what it was that cone top cans reminded me of…

Original “Bottoms Up” can on far left, was generic, in that it that only differentiated its flavors on the cap. (Later versions have, “Root Beer” and “Orange” printed on the can.) On far right: a long lost sibling rejoins its family.

Barbasol, by the way, has secrets of it’s own. Left as secret agent stash place; on right: as the preferred means of smuggling dinosaur DNA out of Jurassic Park.