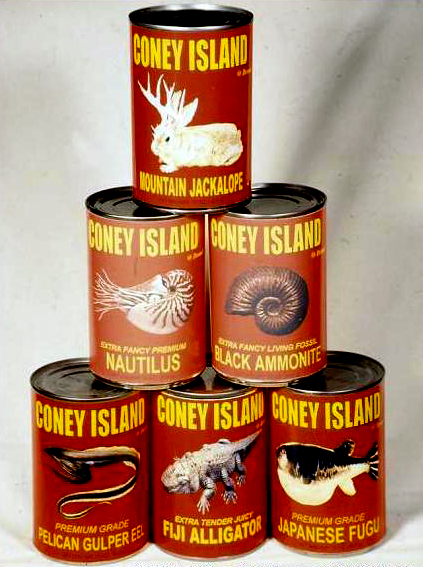 The original factory Coney Island Fine Foods was located in the heart of the Dreamland Amusement Park in the Coney Island area of Brooklyn, New York. The owner Henry J. Feltman… opened a seafood restaurant, Palace of Mermaids, in Coney Island and served varieties of exotic dishes from all over the world. His financial success led him to open a new factory to package and market his popular foods in the Northeast. The company became famous and very popular by originating Coney Island style Clam chowder and Coney Island style canned clams in Coney Island in 1862. At one point, Feltman’s clam chowder was as famous as two other famous foods which originated in Coney Island; hot dog (1867) and frozen custard (1919). Unfortunately this famed company was destroyed by the Dreamland Fire of 1911.

Some of his label designs, below…