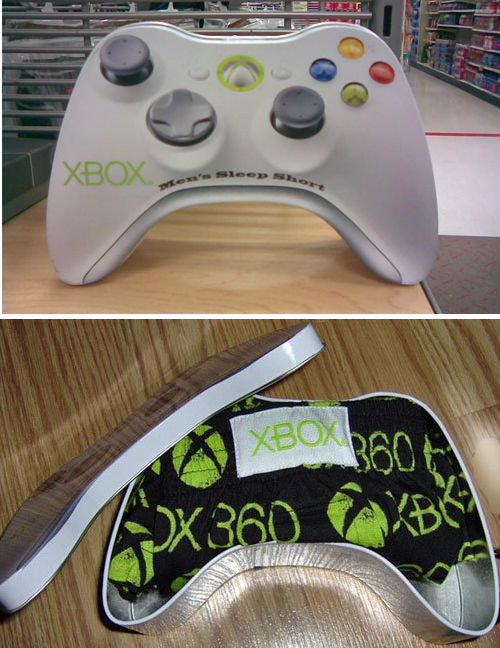 And now: underwear for gamers—this one packaged in an X-box controller-shaped tin. (Other shapes too.) Game tie-in product licensing, run amok? Or is there something more behind this underwear-as-gamegear trend?

“Intimate Controllers” is a platform where video games are played by couples touching each other.  The platform consists of two controllers, a bra for the female player and boxer shorts for the male player.  Each controller is embedded with 6 sensors placed with varying degrees of intimacy in relation to the body part with which they correspond. Players must pass game levels together and in doing so, game play results in increasingly intimate positioning. The goal of this project was to research and create objects that challenge the traditional notions and orientation of video game play.

(An Intimate Controllers diagram, after the fold…) 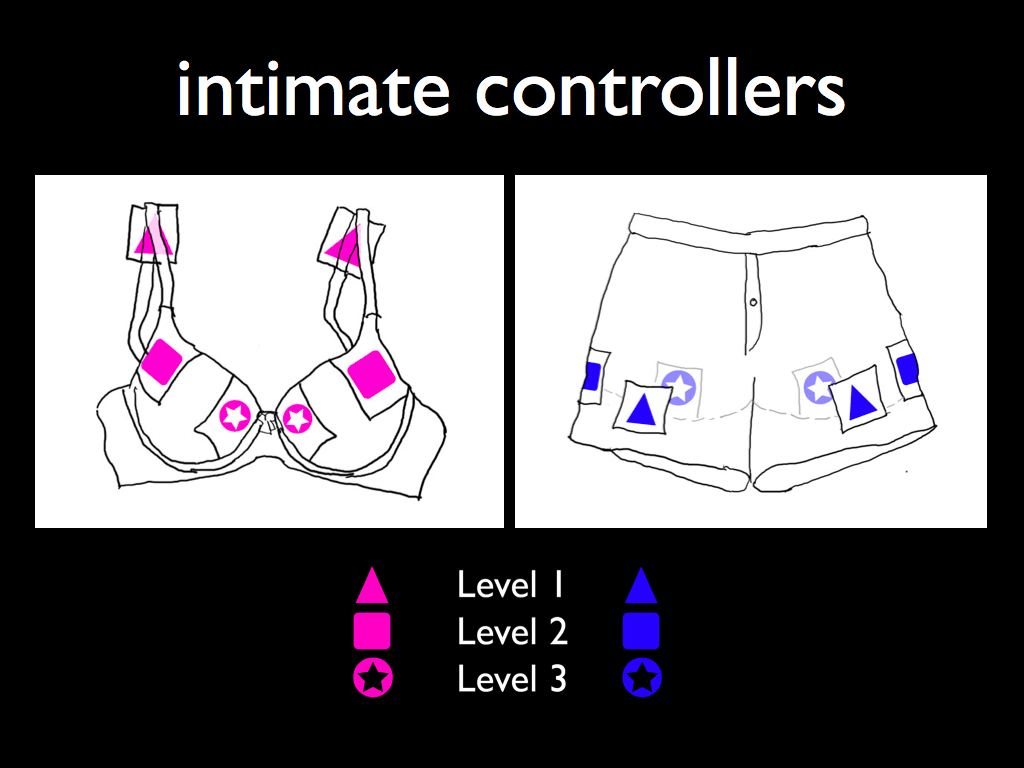 « Milk and Orange Juice (Cartons as Skin)
Sardine Can Compressor »