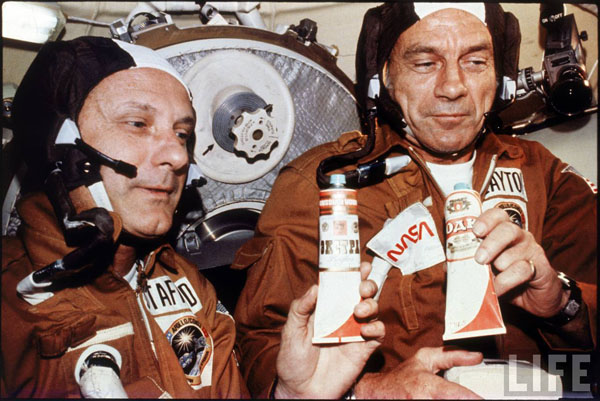 34 years ago, when Vance Brand and the other Apollo astronauts docked with the Soviet Union’s Soyuz, they engaged in some historic packaging humor. From a press release on Nasa’s website:

Brand recalled that the docking was carried out as if in slow motion.

“We came together at a slow rate and we felt a little gentle bump when we docked. We looked through an optical sight to line it up. There was some relative movement between the spacecraft and then it quickly stopped,” Brand said.

“It was a joke among us that the Russians would have a Vodka toast in space. In orbit they had a tube with Vodka written on the side. It was really a Russian soup, called borscht. They had a good sense of humor,” Brand said.

Now, thanks to a company called Go More, the vodka-tube concept is no longer a joke… 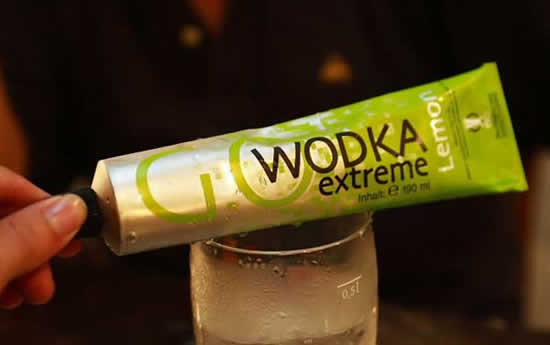