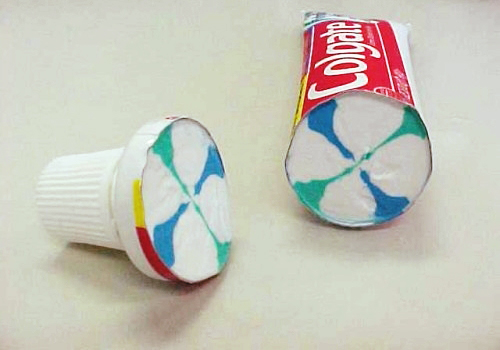 While researching the previous post, I happened to see this photo on CopyRanter which reminded me of those earlier toothpaste tube dissections we admired in 2009.

I was wondering how this tube was cut apart so cleanly when I found the photos below, clearly showing that it is by freezing a tube of toothpaste, that this is acomplished. 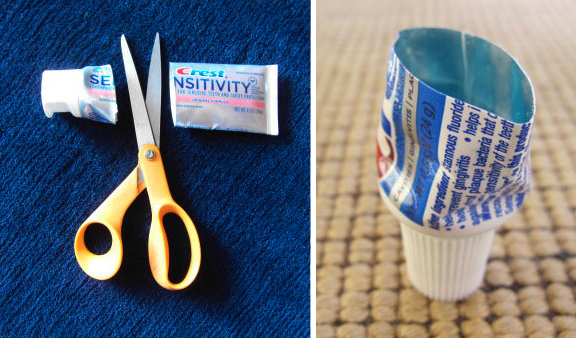 While manufacturers have stealthily shrunk packaging capacity, many consumers, desperate to get everything they can out of the package, have resorted to scissors. 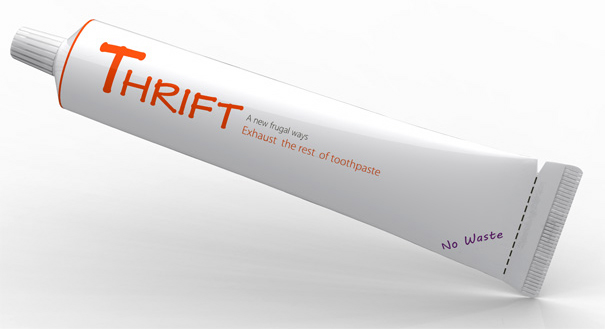 Addressing the need to get every bit of the toothpaste out of the tube, Guo Lili proposes adding a nick (for tearing) to the base of a conventional toothpaste tube — giving the package a sort of Achilles heel.

In contrast to the simplicity of this design, consider the complexity of Crest’s “Neat Squeeze” container below, invented in 1989 by Van Coney.

(Neat Squeeze, after the fold…) 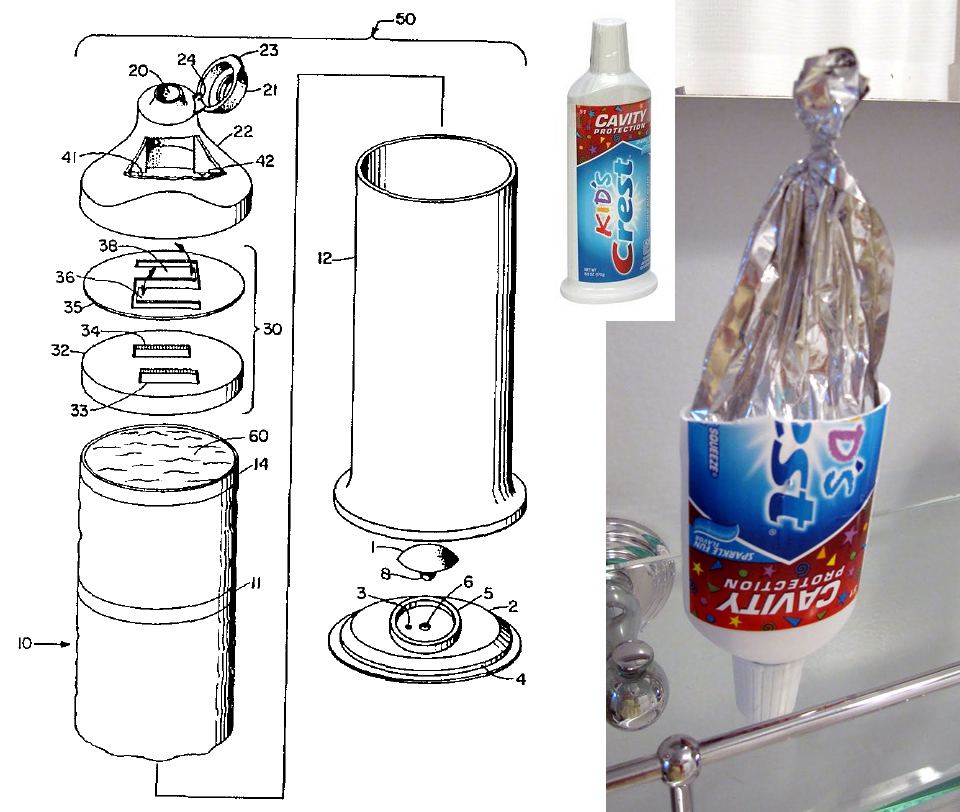 Neat & tidy and no belching. Still, the manufacturer who frustrate today’s cash-strapped consumer, does so at his own peril…

Note, if you will, the flat bottom, rendering the container more like a bottle than a tube. I supposed that appeals to the tidy people who abhor their tubes lying down. Because it is new-fangled, it has informative copy on the back of the container…

“The Neat Squeeze dispenser has a unique inner bag that empties itself as you squeeze in the middle. When the package gets lighter and is harder to squeeze, it’s time to buy more Crest.”

The toothpaste stopped coming out of the tube. I squeezed the hell out of it, I banged it on the sink, I stood it upside down, all because I knew there was a lot of toothpaste in there. Finally, I got a pair of scissors, and carefully cut off the bottom of the tube, revealing the silver plastic bag within.

Can I tell you how annoying it was to find that there was at least a third of the product still in there, no longer willing to be squeezed out by itself? And Crest wanted me to throw that tube out and buy more? You can just imagine the people at Proctor & Gamble sitting around inventing a dispenser that contains six ounces, but only spits out four. “Ha, ha”, they think, “we’ll sell more units that way”

(Magpie’s photo of her cut up Neat Squeeze container appears above, on the right.)