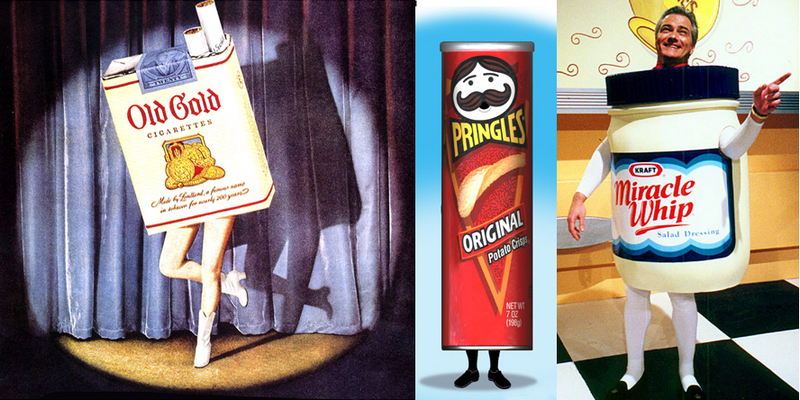 Package as costume. Anthropomorphic packaging shows us how we identify with the products we purchase. (Why wouldn’t we? They’re so like us, it’s uncanny.) But some go further…

Consider these “packaging impersonators” who actually dress up like product packages. Now I grant you, for many it’s just a job. Say, you’ve just graduated college and the economy’s not so hot. Maybe your Doctorate in English Literature—(or your Masters in Art History or your Bachelors degree in Package Design)—are not the keys to the kingdom that you once imagined. So you make a lateral move and accept a freelance gig doing “promotional product walk-arounds”. You appear in costume at grocery stores, trade events, television commercials—whatever the market requires. Does that make you a packaging impersonator? Hey, if the shoe box fits…

Anyway, it seems fitting this Halloween to acknowledge this overlooked subculture of cross-dressing consumers. Total Fabrication, the company that made the Miracle Whip costume above, also made the costumes that appeared in the funny RC Cola commercials directed by Christopher Guest. 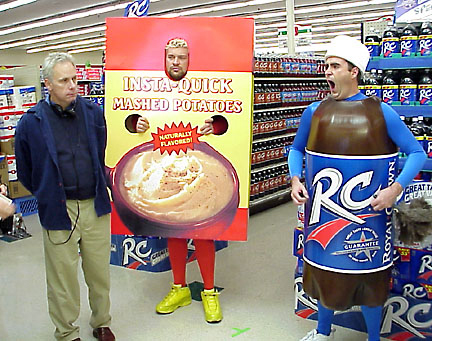 All of the ads in the series feature the travails of the “walk-around” promo RC bottle, but the commercial below seems particularly relevant to our subject at hand…

Of course, it’s not just professional performers who are dressing in “trade dress” drag. Many consumers are indulging in amateur packaging impersonation this Halloween. Dressing up as their most beloved retail products, perhaps hoping to get some of that good consumer love and loyalty beyond reason for themselves.

(“Joe Six-Pack” and dancing cigarette packs, after the jump…) 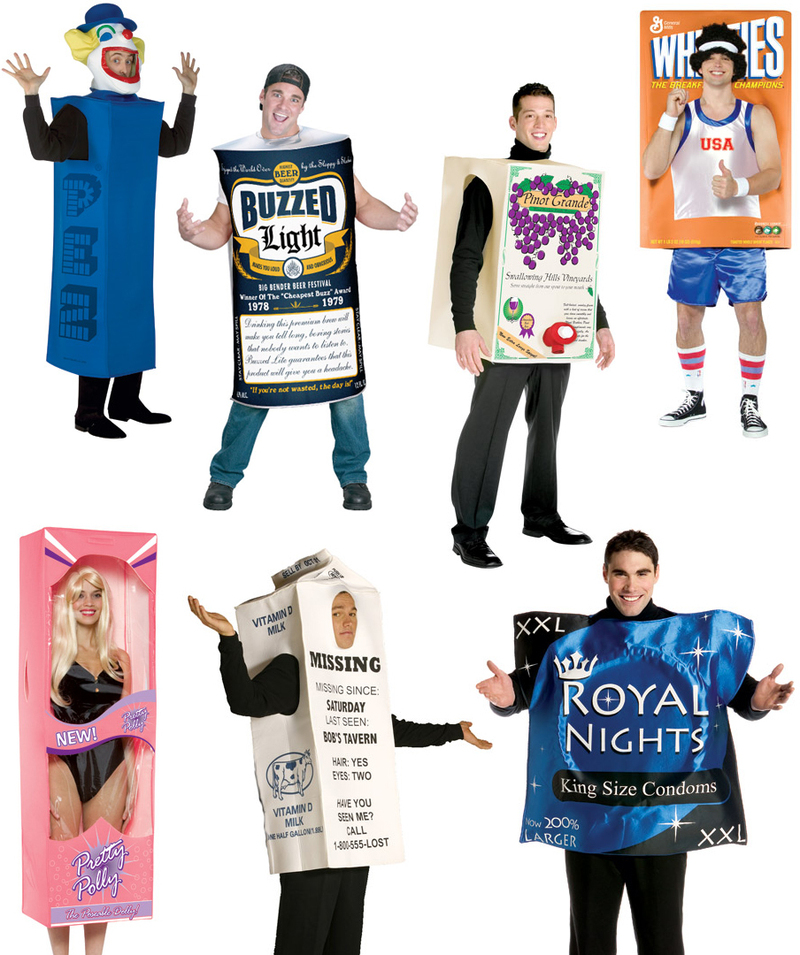 These packaging costumes are from PrankPlace.com, except the wine box costume which is from BuyCostumes.com 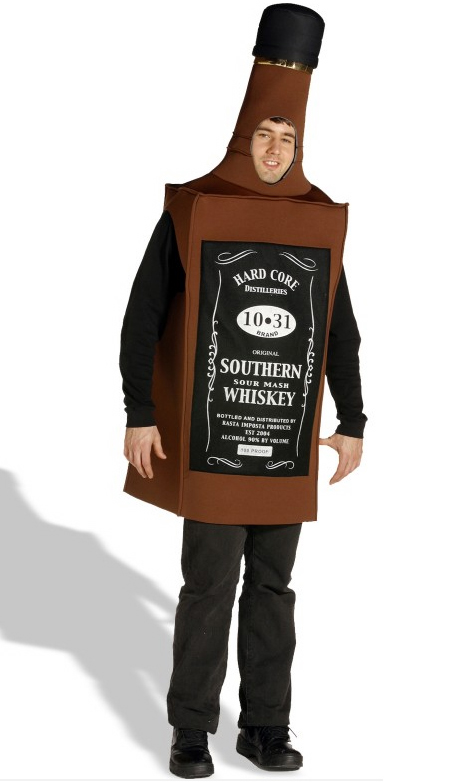 1. I recently noticed the dancing Old Gold cigarette packs in a video at the NY Public Library. “Not A Cough In A Carload: Images Used by Tobacco Companies to Hide the Hazards of Smoking” — a good show from Stanford University.

Another video, that I recently found (looking for the one above) shows a 1970 Village Follies (Greenwich Village Follies?) performance with 3 men in smoking jackets singing a song about smoking with three brands of dancing cigarette packs…

2. This second footnote about the whiskey costume is a more tenuous digression, even for me… but seeing as how I was metaphorically comparing dressing-as-a-package to cross-dressing (as in gender) and since I, at first, mistook the “Southern Whiskey” parody brand for the actual brand, “Southern Comfort” and was, therefore, looking for a picture of a “Southern Comfort costume” what I found instead seemed interesting in a “circular logic” sort of way. On Google, cross-dressing + Southern Comfort = Southern Comfort Conference, an annual transgender conference held in Atlanta. And apropos of nothing, but free association, their link is here.