Nowadays it might seem tone deaf to ring in the new year with “Booze Bombs.” You could laugh your head off about these “booze bomb decanter” gag gifts in the early 1960s. But these days, with the specter of a terrorist attack hanging over Times Square, it’s maybe not so funny.

David Breslow apparently founded his import company, Davar Products, Inc. in 1957. They sold and distributed a range of products including beanbag ashtrays, Japanese Lacquer Ware and novelty ceramics like the aforementioned decanters with the stenciled type.

While the company didn’t file any trademarks that I could find, they did copyright a couple of Booze Bombs.

Breslow also held at least one patent, for a battery driven ashtray.

Did the company advertise these products? Asked and answered, after the fold…

The Minneapolis Star published this illustrated ad in 1961 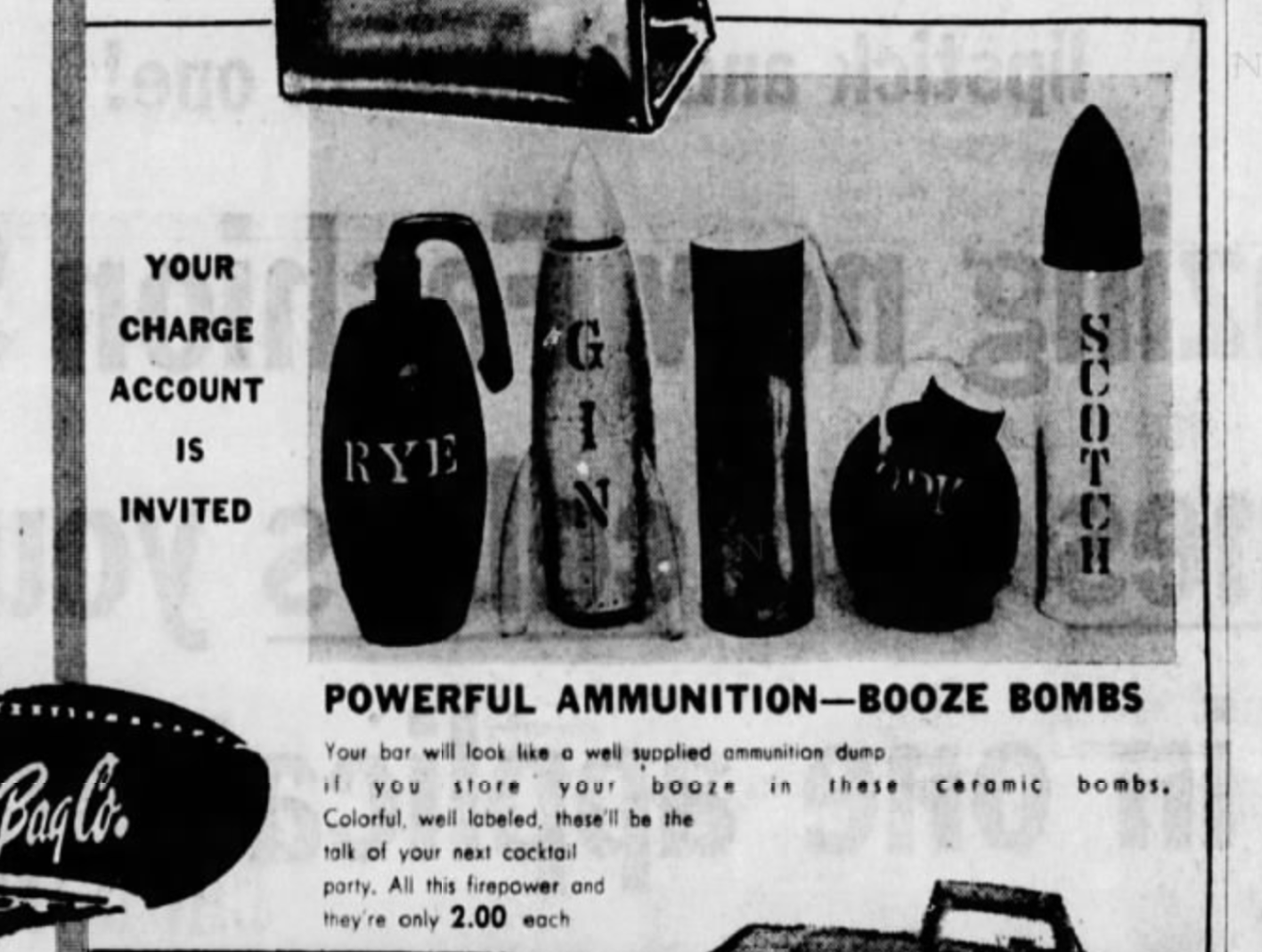 The Tennessean published this ad with a photo in 1961 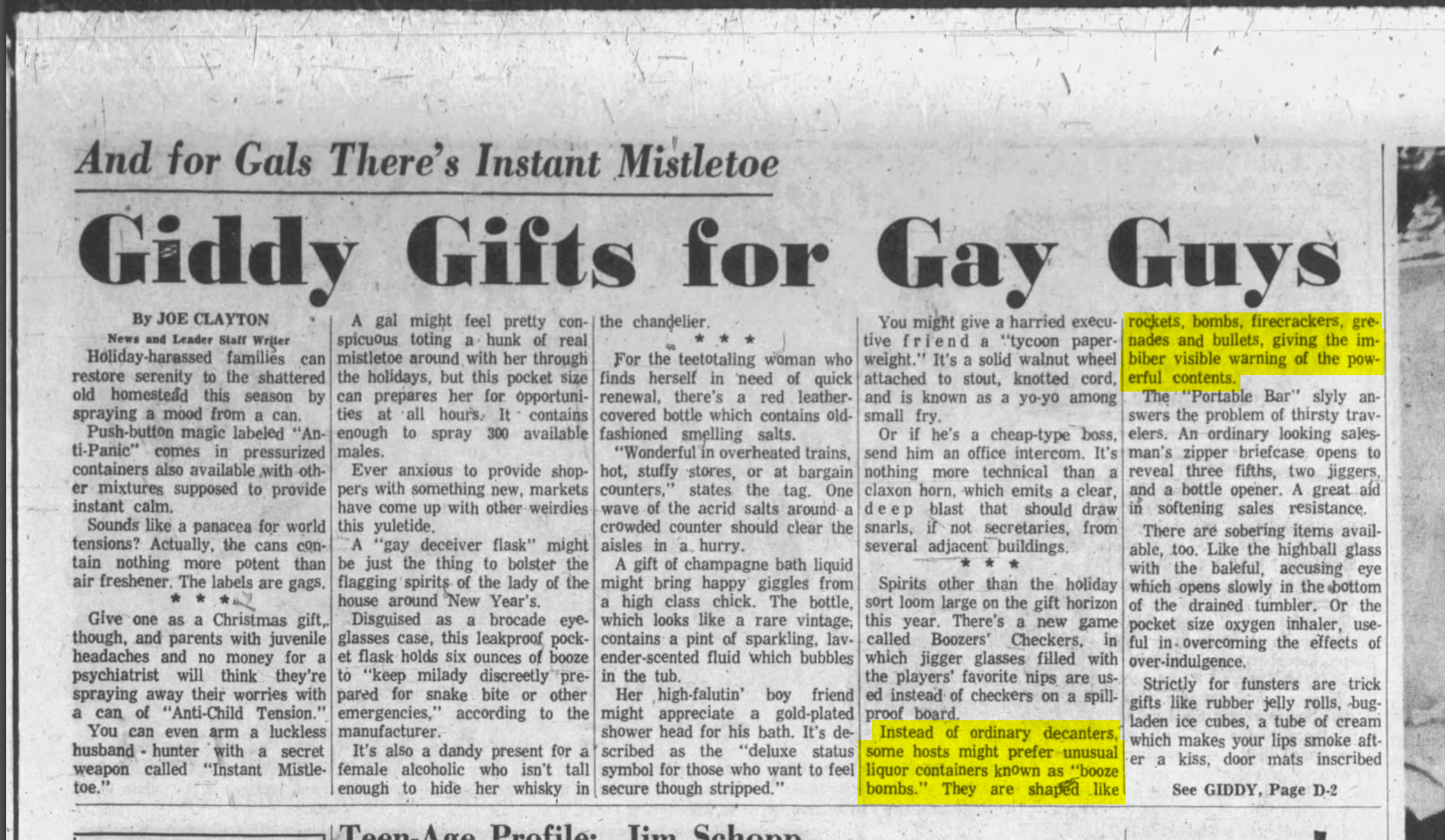 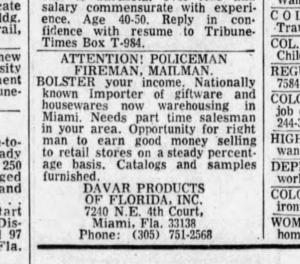 The company also created a Florida branch in 1968 called Davar Products of Florida.

In the 1968 classified ad on the right (printed in The Tampa Tribune) the company sought out policemen, firemen and mailmen to hire as part time salesmen. 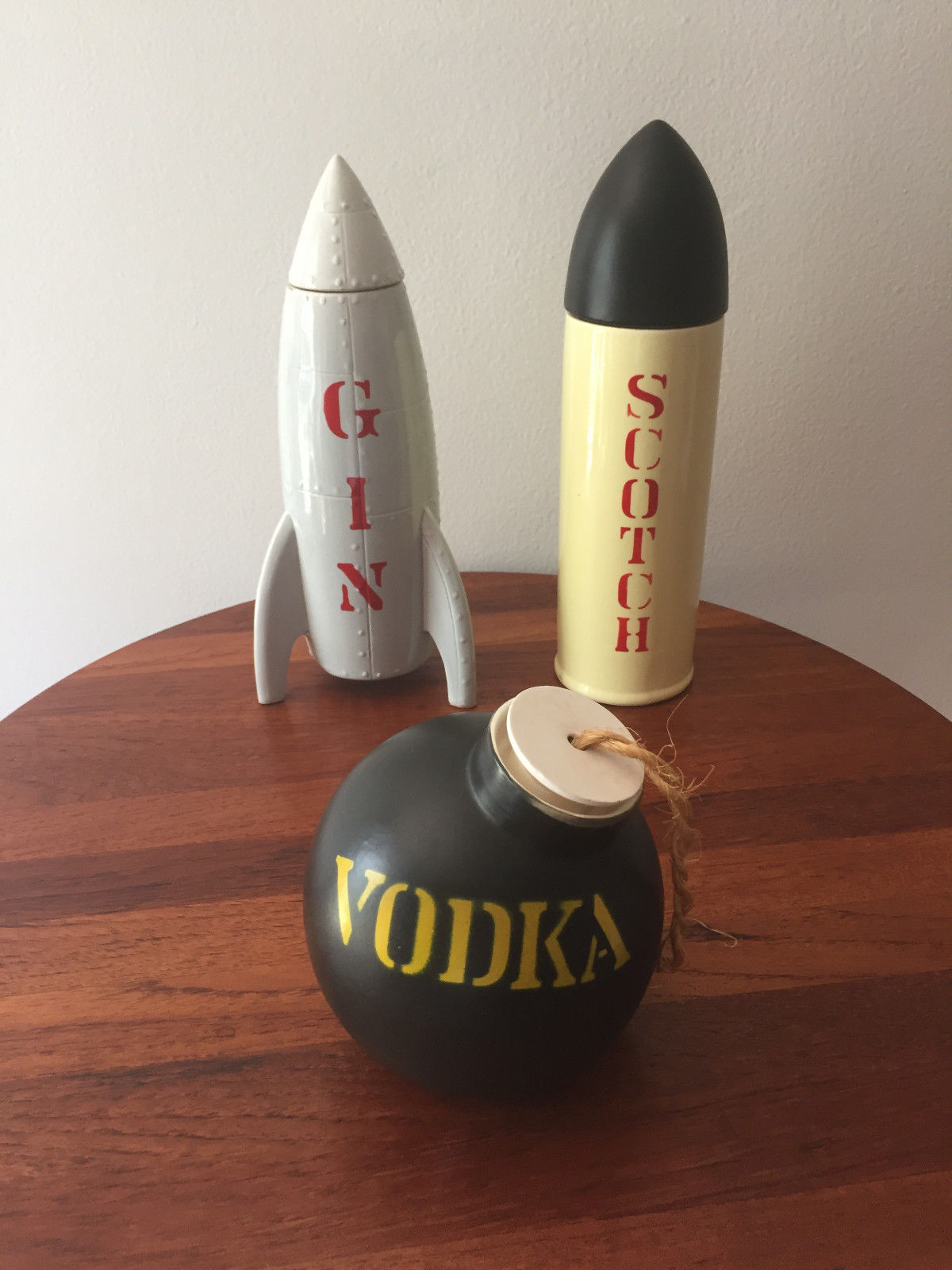