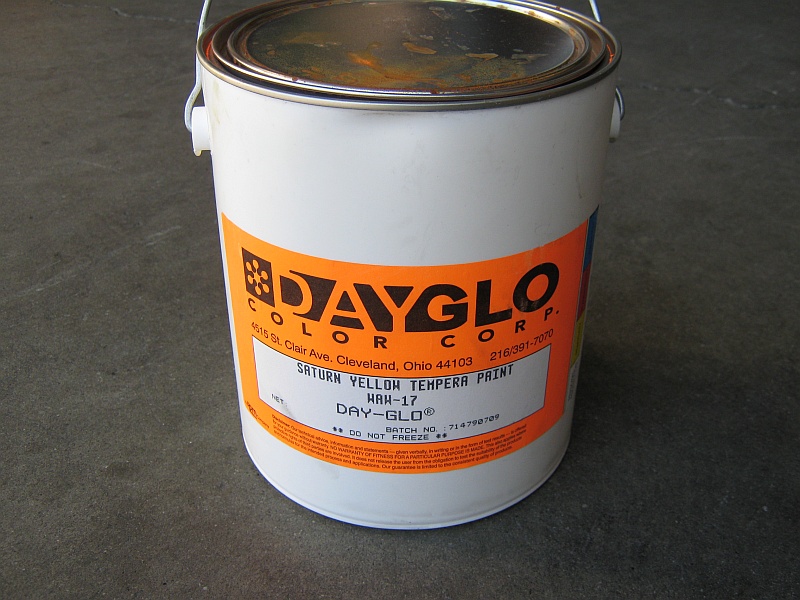 Day-Glo®, however, was the company founded by Robert and Joseph Switzer, the brothers who in 1937 invented and patented this new, brighter kind of color. 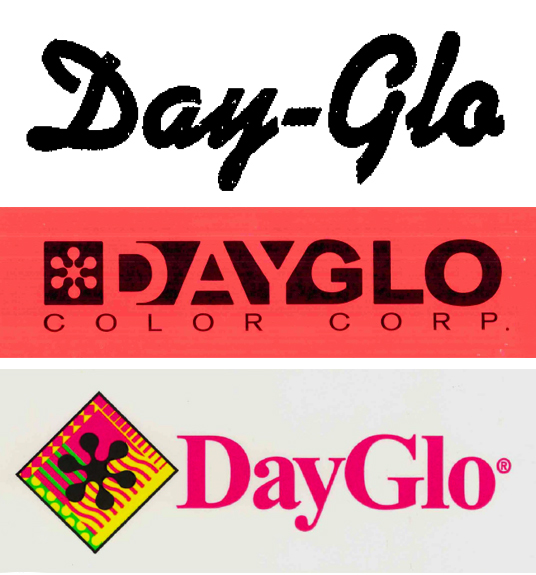 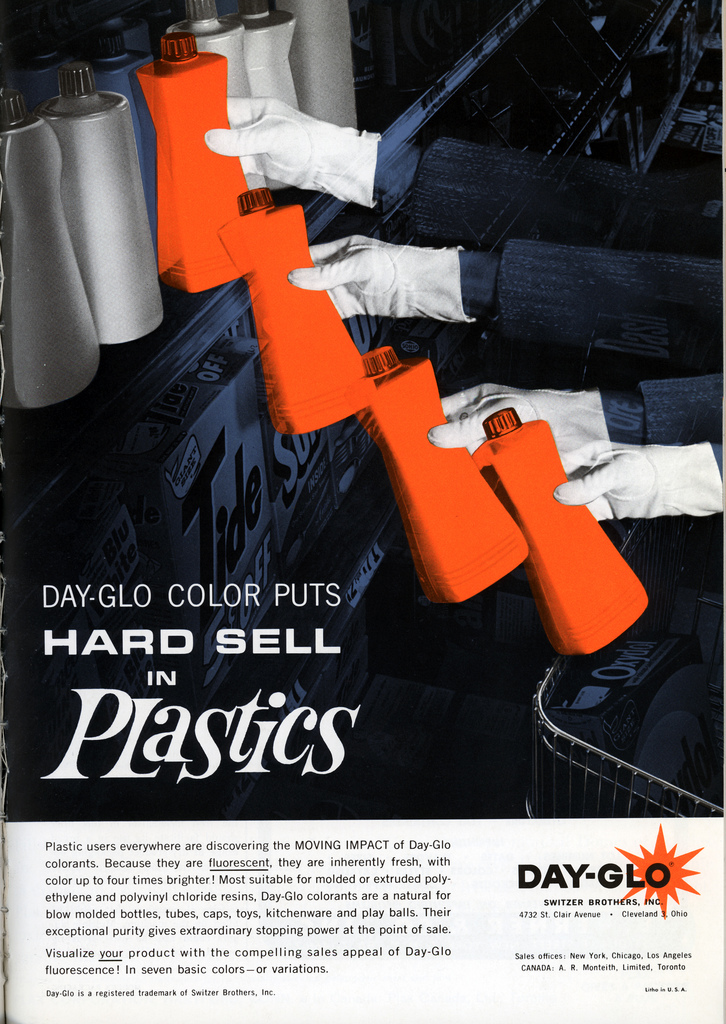 Ad from 1960 issue of Modern Packaging (via: Wishbook’s Flickr Photostream) 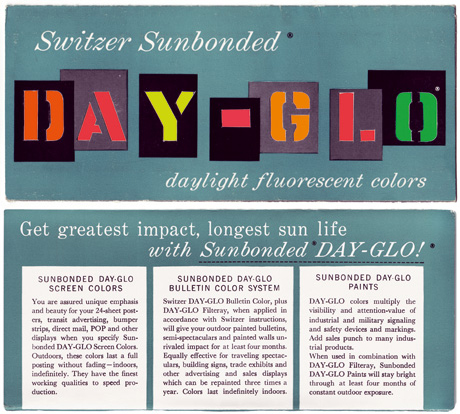 Day-Glo is a trade name for the fluorescent pigments developed in the 1930s by the Switzer Brothers. The unearthly quality of fluorescent pigments results from a chemical conversion of ultraviolet light into visible light within the pigment itself. It was first used in theater and then used in World War II; this brochure promotes its application in advertising and safety signaling. 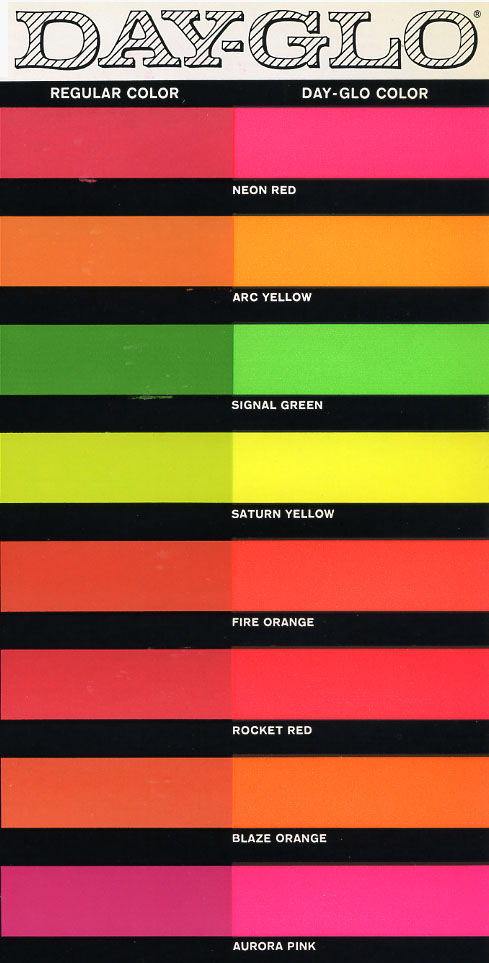 Created in 1934 by the brothers Robert and Joseph Switzer, founders of the DayGlo Color Corporation, these pigments have influenced the public’s consciousness of color. Because of the additive effect in which radiation is absorbed and reemitted at longer wavelengths, daylight fluorescent pigments are extremely bright — in fact, brighter than white… 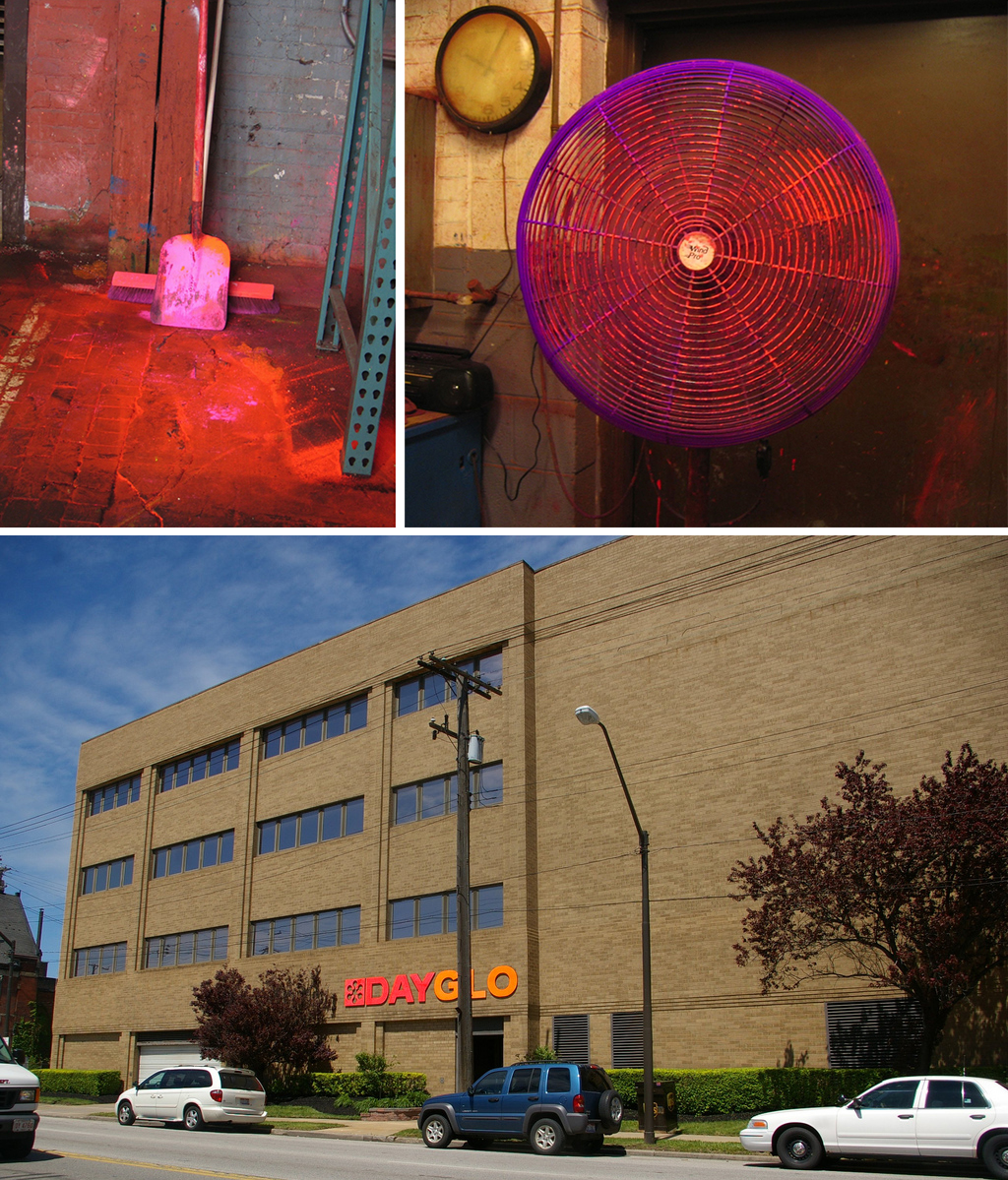 Top row: two photographs by Jane Gavan taken inside the Cleveland Day-Glo factory; below: exterior of the Day-Glo factory (photo by Christopher Busta-Peck)

The US military spent $12 million on Day-Glo fabric during the Second World War, making the Switzer brothers rich beyond their dreams. Fluorescent safety materials were first used in the deserts of North Africa so that ground forces could signal to Allied dive bombers and avoid friendly fire… Training aircraft were painted Blaze Orange to avoid mid-air collisions.

After the war, the Day-Gloification of the world began in earnest. By the summer of 1951, Time noted that “by last week, adolescents were fluorescent from coast to coast, as Switzer’s ‘Day-Glo’ clothes became the newest fad”…

Subsequently, hippies, pop artists, and punks all staked a claim to Switzer colors. Fluorescent dust spewed out of the smokestacks of the company’s busy factory in Cleveland, turning the city Day-Glo. Paul Switzer remembered: “My father used to have many complaints from the residential neighborhood because, for example, all their laundry had been contaminated with fluorescent orange.” The dust was toxic—Day-Glo’s secret recipe used to contain formaldehyde, a carcinogenic ingredient that may have been a hangover from their work with embalmers. In the late 1970s, when Robert Switzer became a keen environmentalist, special filters were put on the factory chimneys to minimize pollutants.

Joseph Switzer, who never lost his penchant for showmanship, wore suits made of fluorescent satin and drove a Ford Thunderbird painted in Day-Glo. 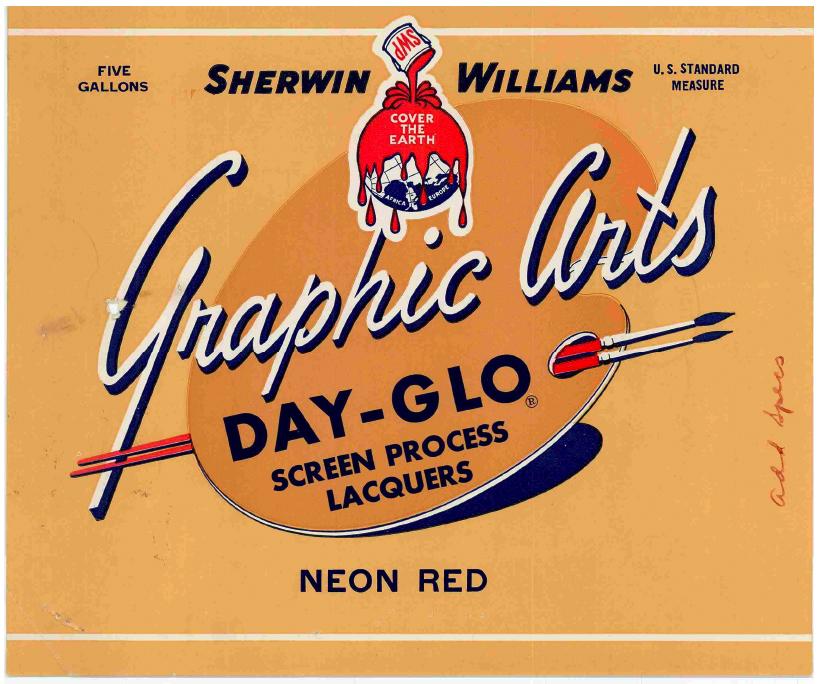 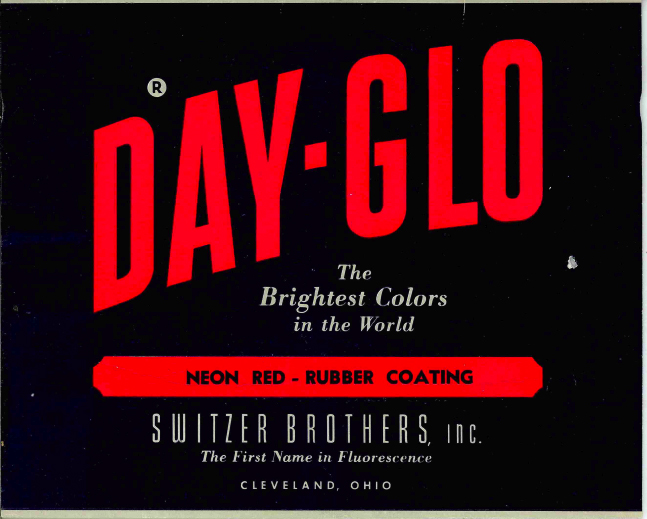