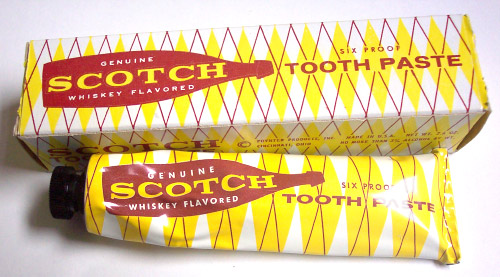 A follow up to our 2009 post about cosmonauts with vodka in toothpaste tubes… I figured it was high time we brushed up on the subject of six proof toothpaste.

I like the argyle-patterned branding of these 1950s alcoholic-beverage flavored toothpastes from Poynter Products. I also like the cross-category referencing of sideways bottles on the box and the tube. (Note how the bottle silhouettes are pointing in the opposite direction from the business end of the toothpaste tube.) 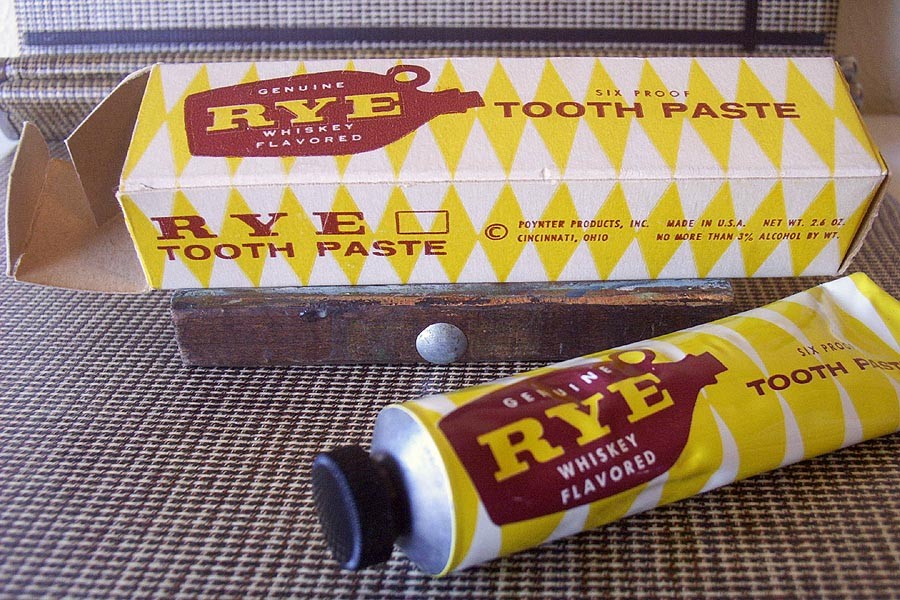 These products enjoyed a brief but heady run for their novelty and amusement value. Poynter appeared on “What’s My Line?” in 1956. 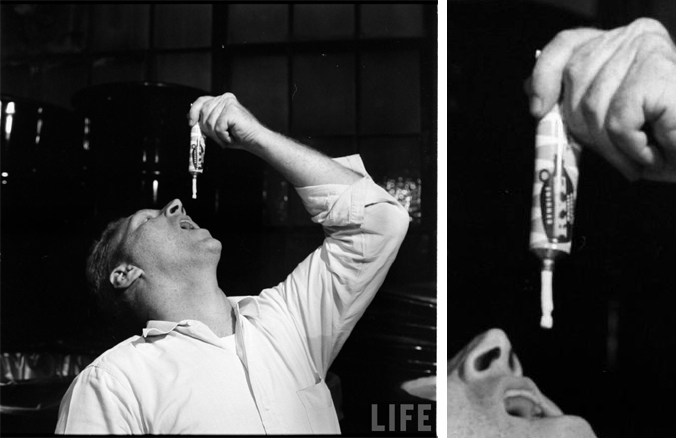 Soon there there were jokes about the product appearing in print…

But as outlandish as the product concept was, Poynter was really not the first to think of it. Joan Blondell’s 1935 film “Traveling Saleslady” had posited exactly this sort of product line. 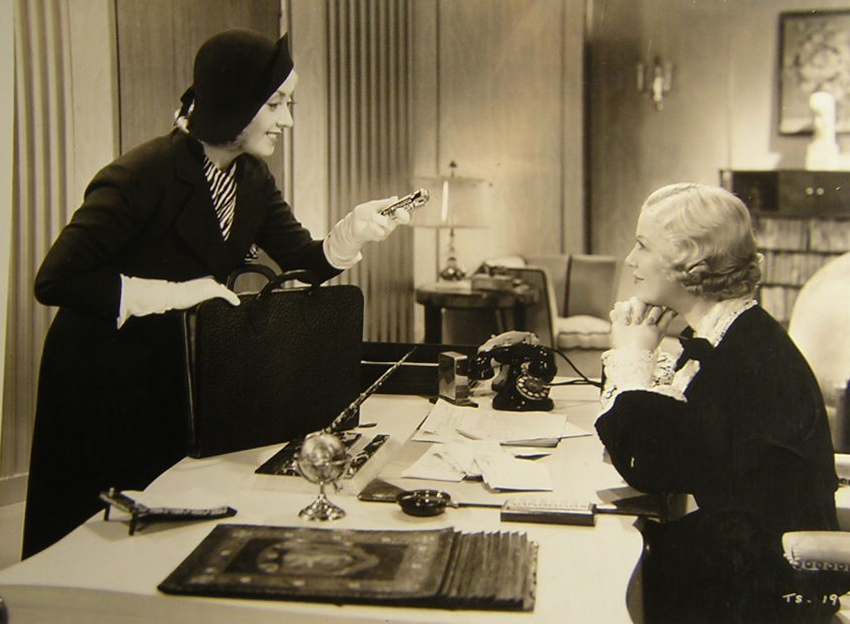 The latest in the Warner Brothers series of commercial comedies tells how Joan Blondell combines her charm with Hugh Herbert’s inventive genius and wrecks the toothpaste market. Being no admirer of the orthodox dentifrice flavors, this reporter considered that both Mr. Herbert and Miss Blondell deserved to succeed with their Cocktail Toothpaste. A whisky flavor for a morning pick-me-up, a Martini flavor for the hour before dinner, and a champagne flavor at bedtime ought to help the disposition as well as the teeth. Miss Blondell thought so too, and so did her clientele. The big out-of-town buyers were, in fact, so delighted with the new product that they bought it on its own merits, and did not lose their tempers when Miss Blondell declined their invitations to dinner.

Again, publicity about this movie mostly played the product concept for laughs, little suspecting that in two decades the market would (for a time) embrace the concept.

Cocktail Toothpaste: For years and years, starting way back around 1929, we have advocated the use of various cocktail, cordial and wine flavors in tooth paste. It remained for First National Pictures to recognize the value of this contribution to the marvels of merchandising and to make use of it in a movie, “Traveling Salesladies.” Many of those who have seen this picture and who are no admirers of the orthodox tooth paste flavors have commented very favorably upon the Cocktail Tooth paste which the entrepreneurs of this cinema market throughout the country.

(Some competing cocktail-flavored toothpastes, after the fold)

I really like the Wellington’s Whisky Flavoured Toothpaste box on right… (via: Toothpaste World) 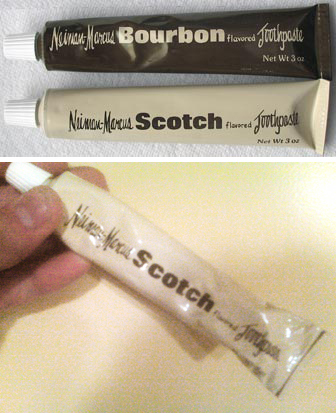 Another sideways bottle, but this time it wraps-around the corner of the carton, which would enable the boxes to be stacked in ways that would “complete” the incomplete portion of the illustration showing on any one panel. (See: Incomplete Package Design)