Among the many brands that Donald Deskey designed packaging for, was Crest Toothpaste.

Mr. Deskey’s packaging designs are some of the most memorable and ubiquitous. A 20-year association with the Procter & Gamble Company included the design of dozens of household products, including the packaging for Crest toothpaste, which has not changed since its introduction in the 1950’s.

Not that Deskey’s package design for Crest remained completely unchanged. In the 1960s Deskey’s red triangle became a left-pointing arrow for a time. (see photo below) By the 1970s the logo was changed to an italic, forward-leaning version, although the letters did retain their basic colors. More recently the dark blue and light blue letters were made the same color, although the red “C” was retained, the triangle is gone although there is still an arrow, but it points in the other direction. 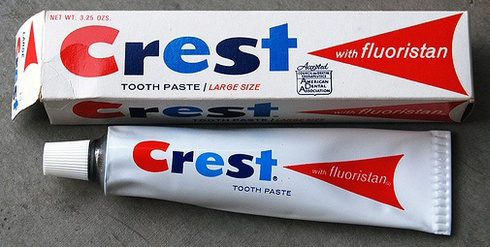 Less well-known, however, were his patents —both design patents and utility patents— for collapsible toothpaste tubes…

Most of these were from the early 1940s and assigned to Bristol Myers. (Were these ever produced?) One of the patents, awarded in 1956 was assigned to Procter & Gamble, which seems related to Crest Toothpaste which was launched in 1955.

(More pictures & patents, after the fold…)

The illustration above from 1956 shows Deskey’s original logo typography and packaging design for Crest. (via: Christian Montone’s Flickr Photostream) The photo below shows the later, italicized version of the logo, dating from the 1970s. (via: Joe’s Addiction) 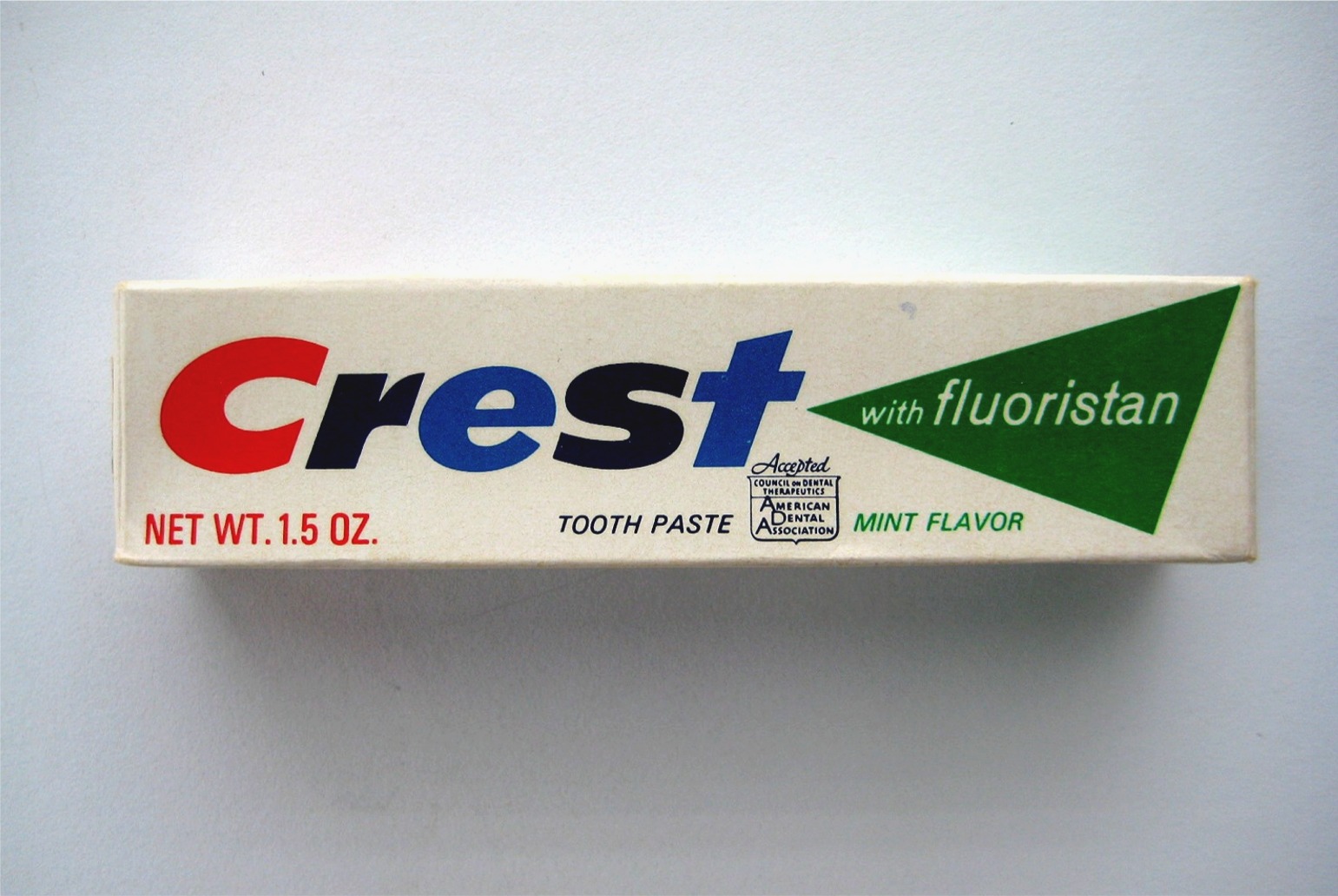