At my grocery store I could only find three examples: Land O’Lakes Butter, Morton Salt and Cracker Jacks. These packages each include a picture of the package itself and are often cited by writers discussing such pop-math-arcana as recursion, strange loops, self-similarity, and fractals.

This particular phenomenon, known as the “Droste effect,” is named after a 1904 package of Droste brand cocoa. The mathematical interest in these packaging illustrations is their implied infinity. If the resolution of the printing process—(and the determination and eyesight of the illustrator)—were not limiting factors, it would go on forever. A package within a package within a package… Like Russian dolls. 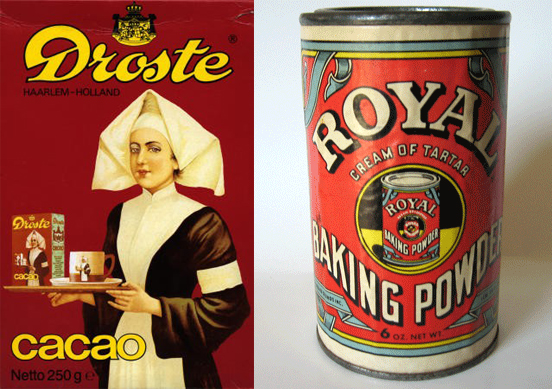 Left: the front panel of Cocao package for which the “Droste effect” is named. Right: An old Royal Baking Powder package which also illustrates the effect.

Since so many products are nearly indistinguishable from their packaging—(a tube of ChapStick, a can of Coke)—I figured that there would be lots of examples. My brief supermarket survey showed me otherwise. It’s quite rare. You can easily find packaging that includes packaging pictures, but it’s almost always a picture of the inner packaging—(the outside of the box shows the packets contained within)—or else it’s a cross-marketing campaign where pictures of other packages in the product line are shown—usually on the back.

(more photos after the jump) 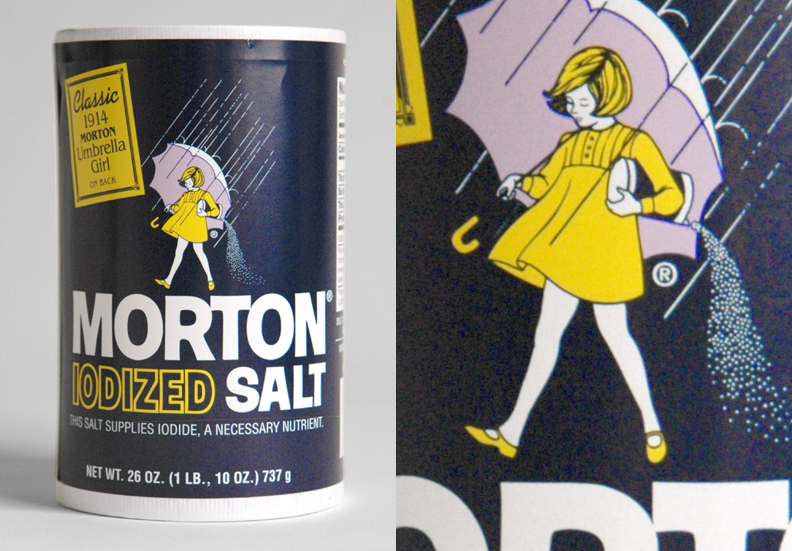 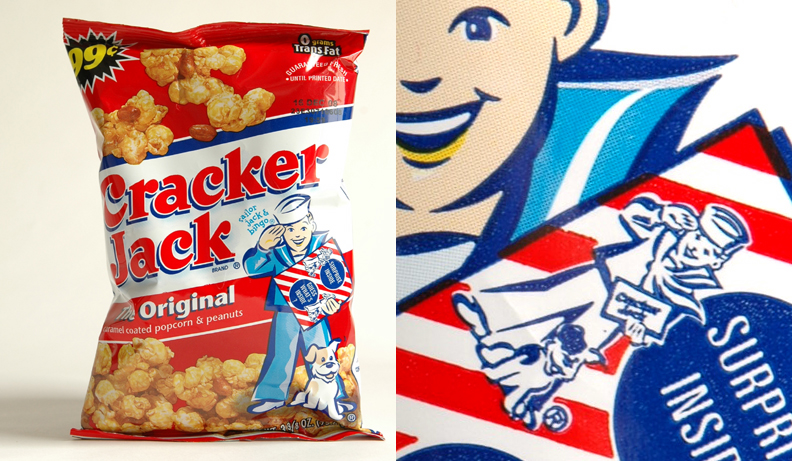 The Droste effect seems to be most applicable to packaging with illustrations. For those products that include an illustrated mascot, it would seem a natural thing to have the mascot holding the product package. Tony-the-Tiger holding up a box of Frosted Flakes. The Planter Peanut fellow offering us peanuts from a jar or a can. Why aren’t the mascots doing this? The reasons are perhaps understandable. Better to emphasize the consumer’s end use of the product or to convey the purity of the ingredients. (Rather than to make their packaging into recursive ads-within-ads.) Hence: a bowl of frosted cornflakes ready to eat; mixed nuts offered to guests, not from the can, but from an elegant serving dish.

And yet, a lot of products are being consumed directly from their single-serving packages. Why not a bottle of Coke with the polar bear holding a bottle of Coke? There must be few more examples of Droste effect packaging out there to add to this skimpy catalog… Anyone?

Update: since writing this post back in 2008, I’ve disovered a number of other examples and have added a Droste effect category to box vox.