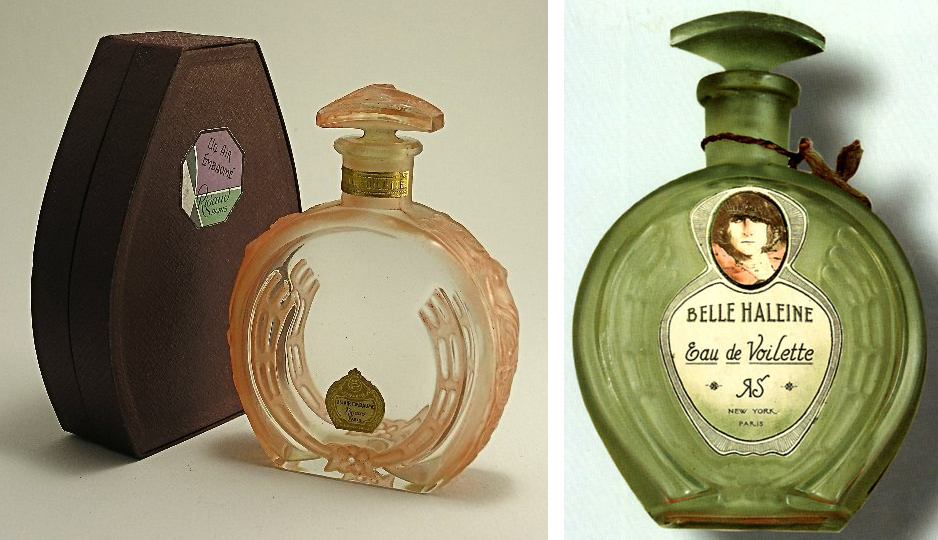 “Duchamp created this “perfume readymade” from an empty bottle of a Rigaud perfume called Un Air Embaumé (Scented  Air) that had been designed by Julien Viard, a sculptor who was known for creating perfume bottles with figural stoppers.”

Victoria Rose Pass
Strange Glamour:
Fashion and Surrealism in the Years between the World Wars 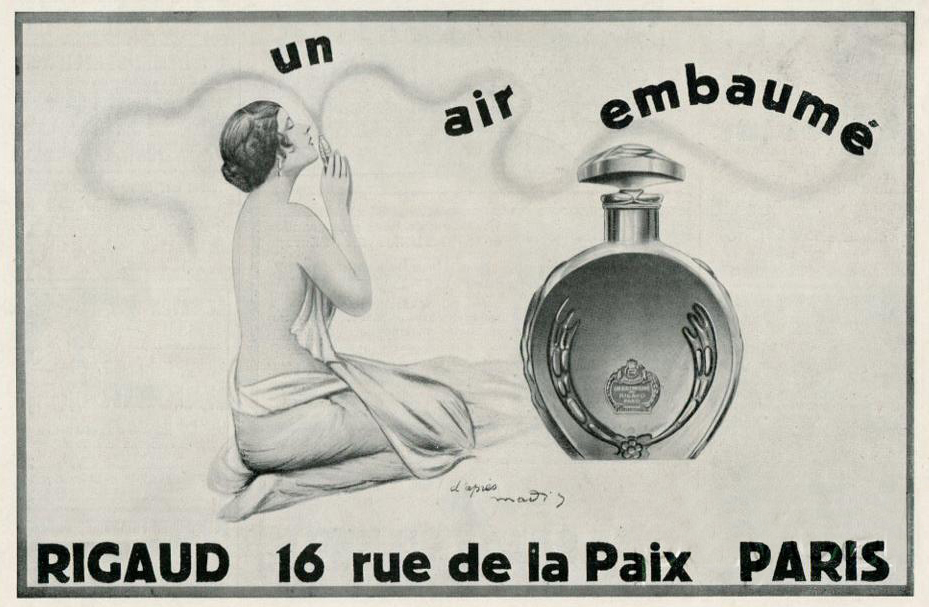 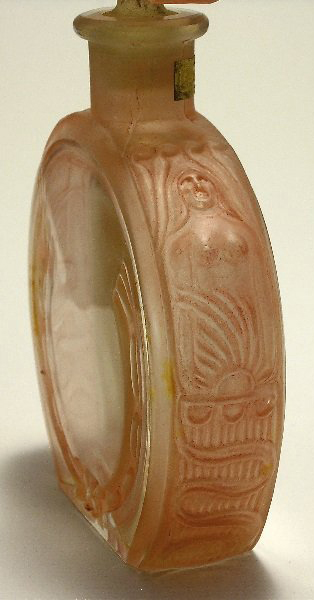 The advertisement above (from eBay) shows Viard’s original bottle design. (A sculptural detail on the side of the Un Air Embaumé bottle is shown on right.)

“Julien-Henri Viard, an award winning French sculptor, worked for his father, Clovis, from 1900 until the father’s death in 1927. Julien continued to run the glass workshop until 1938 when it merged with glass producer Depinoix. Julien is best known for his elegant perfume bottles with many examples surviving until today in collections world-wide.”

“… the versatility of Julien Viard is such that it is difficult to fit all his work with a single type… a huge variety of containers, with exquisite patina and perfect finishes.” 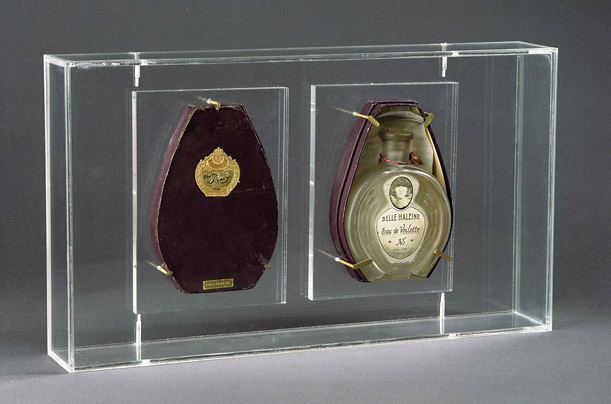 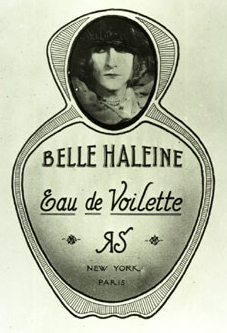 “Belle Haleine: Eau de Voilette (Beautiful Breath: Veil Water) is the amusing title Marcel Duchamp gave to a work of art that he made — with the assistance of Man Ray — in the spring of 1921. At first glance, it appears to be little more than an ordinary perfume bottle, although readers of French might confuse it with a mouth wash, which, if consumed, would give them, as the label indicates, belle haleine (beautiful breath). We now know that in order to produce this work, Duchamp appropriated an actual bottle of perfume issued by the Rigaud Company of Paris in 1915 for Un air embaumé, the name given to the most popular and best-selling fragrance the perfumery had produced in its sixty-five year history. Advertisements for this product feature a scantily clad female model holding a bottle of the perfume below her nostrils, the essence of the liquid rendered visible as an undulating, ribbon-like shape floating through the air. The model is shown taking a deep breath, her eyes closed and head tilted slightly back, as if to suggest that the scent possess the qualities of an aphrodisiac, rendering powerless all who inhale its intoxicating vapors. It may have been precisely these qualities that attracted Duchamp to this particular brand of perfume, for he wished to draw attention to the woman whose features are depicted on the bottle, his newly introduced female alter-ego: Rose Sélavy.” 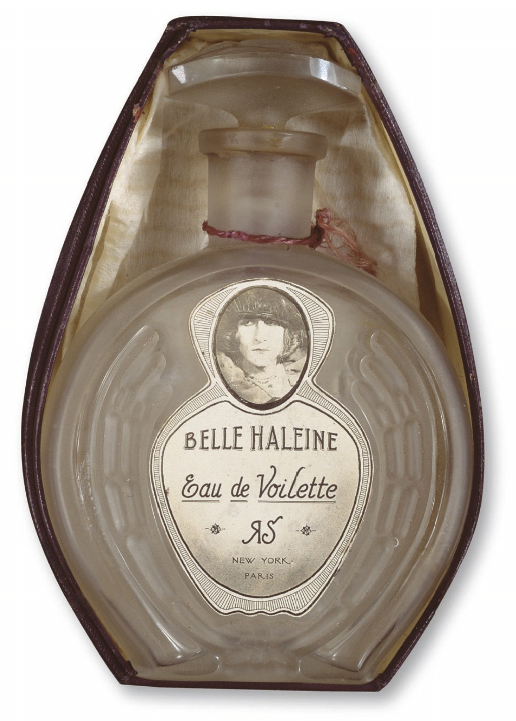 (More about Francesco Vezzoli, after the fold…) 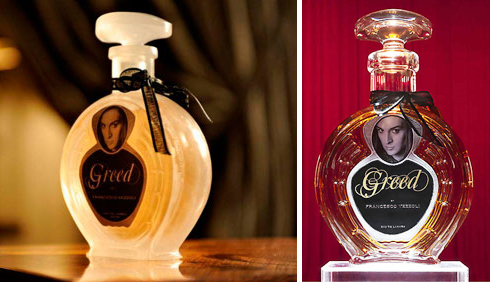 Francesco Vezzoli’s project “Greed” is a faux ad campaign for an imagined perfume. The entire project consists of a video trailer, a video (faux commercial), the bottle design and print campaign. The video was directed by the notoriously-exiled director Roman Polanski and features Natalie Portman and Michelle Williams embroiled in a fierce battle over the fanciful scent. The spurious campaign attempts to isolate and imitate the hype created by the promotion of a new luxury product in the mass market.